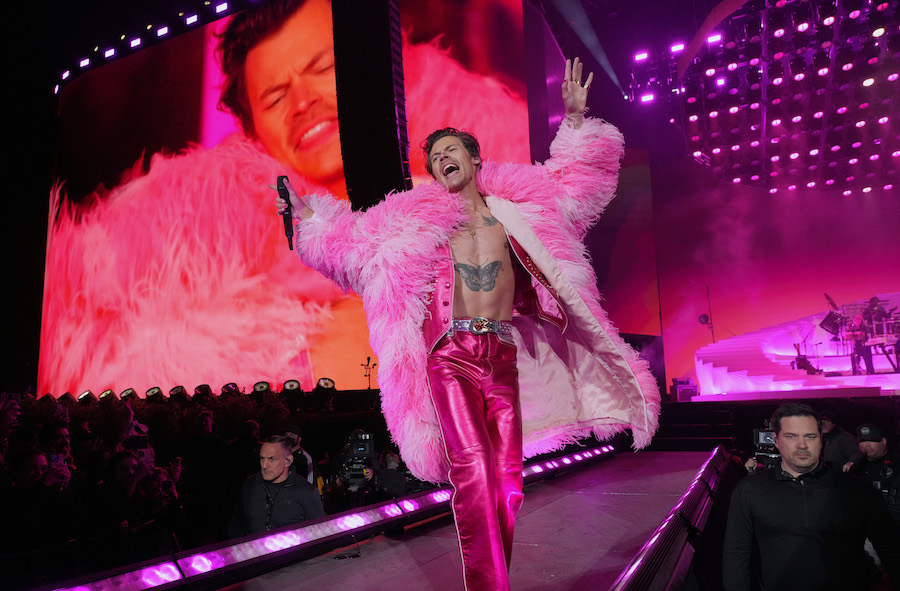 Let's be real, Coachella is more like a global holiday than a music festival. Every year, for two weeks, the most fashionable and trendy people in the world gather to show off their statement festival wear in front of the famous outlandish Coachella art installations. No one is more susceptible to this shiny allure than celebrities, giving them a chance to blend in with the masses and enjoy the headlining artists without much public pressure. However, they don’t skimp on the fashion, and we’re here to talk about it all!

Wildflower Cases co-founder and trendsetter Devon Lee Carlson brought the emerging “balletcore” style with her to Coachella, where she wore a nude silk mini-dress with strategically gathered material. This dress, paired with a slicked-back bun and wire-rimmed glasses, made for the perfect dainty, soft look, which is the whole basis of balletcore. TikTok has popularized this look, using specific items from the traditional ballerina’s uniform to create the perfect Parisian-luxury blend. Key elements include neutrals and soft pinks, legwarmers, and slicked-back buns and braids.

Hailey Bieber rocked the early-2000s with some low, low-rise parachute pants and a cropped Aerosmith baby Tee, but she wanted everyone to note her light periwinkle under-eyeliner. This is an emerging trend, particularly popular among the “fox eye” and smokey eye lovers, but the pop of color is becoming more beloved as summer approaches and everything becomes inherently more bright. Hailey even gave credit to the inspiration of her make-up look -- a random photo off of Pinterest. Stars: They’re Just Like Us!

3. Kelsey Kreppel in the Casual Maxiskirt

Kelsey Kreppel, ironically gaining some of her initial fame from providing social commentary on Coachella outfits, rocked the casual maxi-pencil skirt. She paired this with a micro-cropped statement Tee that read “Booobs!” This look is especially popular among the “model off-duty” corner of the internet, where fashion lovers attempt to gain that ever-so casual look that many models adopt when not on the runway. Key elements include tailored jeans, simple crop-tops, white button-downs, and carefree updos.

While both Styles and Gray were performers this year at Coachella, they certainly still brought the noise to their stages – Conan Gray wore a hot pink jumpsuit with flowing accordion fabric his first weekend of performances, giving him a positively ethereal look, while Harry Styles wore a matching hot pink leather pants and vest set with a larger-than-life fuzzed coat on top. These matching pops of color set a high fashion precedence, and we expect to see this color palette embraced on the runway sometime soon.

Like Doja Cat once wisely rapped, “yes I eat, I eat, I eat.” While that might have been in reference to the revival of a certain popular fast food item, it is also true of the look she brought to the Coachella stage. Wrapped in loose linens in bright colors and lots of netting, Doja embraced the recent trend of post-apocalyptic wear 'n' tear made popular by the fashion school attendees in the modern age. While Doja Cat created a slightly more colorful look with her bright blues and oranges, the look was impeccable. Key elements include unconventional fabrics (think netting and nylon rope), black and neutral colors, space boots, and strategically exposed skin.

Which celeb looks from Coachella were your faves?