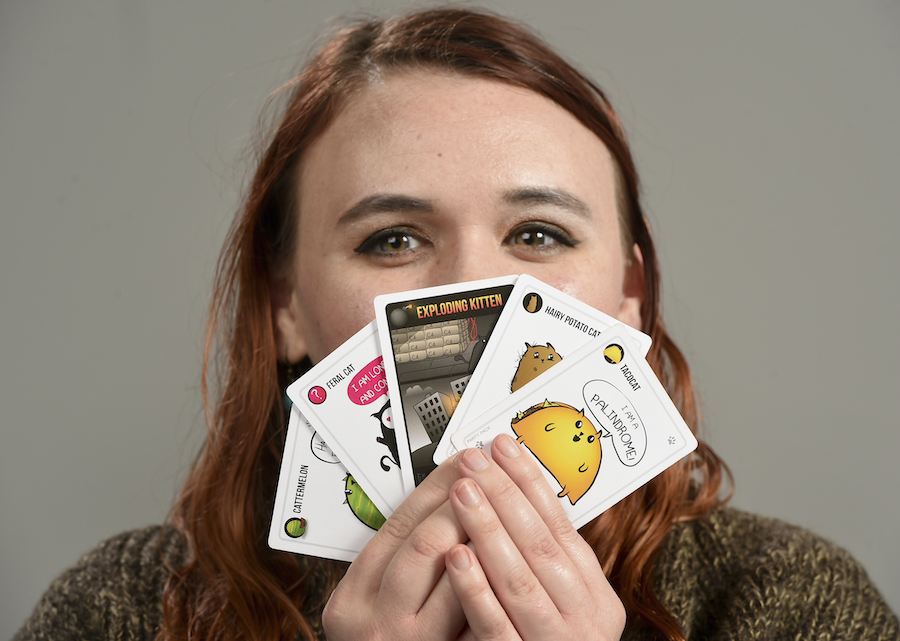 The cute but vicious card game, Exploding Kittens, was a national hit amongst board game enthusiasts and “for people who are into kittens and explosions and laser beams,” according to the Board Game founders. Since it was created in 2015, Exploding Kittens has sold over 10 million copies and now sits among classic board game favorites such as Life or Monopoly. And now, surprisingly, the game has been picked up by Netflix to become a TV show and a mobile game on top of its physical format!

While Netflix choosing to adapt Exploding Kittens may seem like an unusual choice, the streaming behemoth is trying to keep up with competitors by buying up well-known IP opportunities that already have a large fanbase.

The Netflix animated series will explore the lore surrounding Exploring Kittens, featuring voices such as Lucy Liu and sultry "Lucifer" star Tom Ellis. The show will follow a Heaven versus Hell dynamic that reaches — dare I say it? — an explosive nature as both God and the Devil are sent to Earth in the form of cats. It is expected to be oriented toward an adult audience and will be executive-produced by the original creators of the card game, Elan Lee and Matthew Inman. Not much else is known about the show yet, except that it is slated for a 2023 release.

The game, however, is set to launch this May. The mobile game will follow a similar formula as the physical version of the card game, where users will draw cards aiming to avoid the Exploding Kittens. The showrunners have promised that future cards and twists in the game will be themed around the animated series so people can choose their favorite characters. The game will feature both single and multiplayer options, and will be available for any current Netflix subscriber, joining a list of other games, including Stranger Things: 1984, Shooting Hoops, and Card Blast.