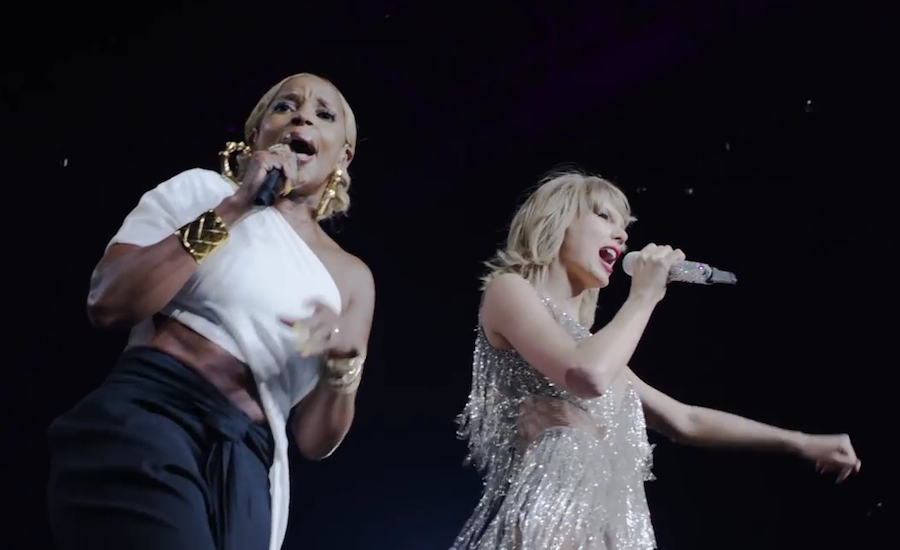 Of course, we love the heart-racing excitement we experience when our favorite music artists release new music into the world and, subsequently, into our playlists. We quickly play the songs over and over until we can sing along confidently in front of our friends (or alone in the car). However, there’s also something special about a singer covering another artist’s work. The two versions of one song are never the same. The vocal inflections are in different spots, and the tone is completely changed, making it a brand new experience. Whether it’s a slowed down version or a woman’s spin on a man’s love ballad, any new take is worth listening to because it has to the potential to make us fall in love with the song all over again. So here are some noteworthy songs from your favorite celebrities, covering your other favorite celebrities.

Just when we thought no one could ever sing a heartwrenching love ballad quite like Adele, Bruno Mars swoops in and proves us all wrong. His moving rendition of Adele’s “All I Ask” definitely holds its own; he doesn’t try to copy Adele’s stylistic choices, but stays true to his own groove and nails it. Also, the snapping to the beat of the song has Mars’s R&B flare all over it. Fun fact: Adele and Mars actually co-wrote the track together! I guess that explains why both versions can make us instantly feel all the feels.

It’s possible that if Miley Cyrus hadn’t taken a whack at this song, most of us would have never heard it. British singer Dido originally released this song in 2013, but the song’s important message is timeless. Cyrus covered the track as part of her Happy Hippie Foundation’s Backyard Sessions. Although both versions of the song are slow and touching, Cyrus’s version is stripped down and mesmorizing, lending the focus to the lyrics and message of the song.

Unlike the other tracks, Ellie Goulding didn’t just sing this Elton John hit song once, she actually recorded her own version — and thank goodness she did. Goulding’s tracks usually have booming vocals and electronic vibes, so it’s always refreshing when she slows it down and shows off her unique voice. Her version of the song is just as compelling as the original but adds a fresh twist that only she can. This chills-inducing track is definitely worth a listen and maybe even a download.

Tove Lo hits are typically up-tempo dance songs that we blast when we hear them pop up on the radio, but in this video, she tackles Sia's emotional “Elastic Heart”, and the result is magical. Her voice is much more angelic in this video than some of her more well-known songs, and we love it. Definitely hope to see more of this Tove Lo in the future. Girl’s got pipes!

In true T.Swift fashion, she doesn’t simply cover the song at her concert -- she brings the original artist, the phenomenal Mary J. Blige, on stage to sing with her. Despite being the most unlikely pairing you can think of, their unique voices blend wonderfully together. You can tell the song has special meaning to both of them, and that’s why the performance is extra memorable. When in doubt, give this track a spin.

While promoting their single together, Camila Cabello and Machine Gun Kelly came together to cover the hit song “Say You Won’t Let Go”, originally recorded by rising star James Arthur. Although we love Arthur’s passionate original version, turning the song into a duet gives the song a whole new meaning. Machine Gun Kelly even added a rap verse into the song. Definitely wishing this was on Itunes!