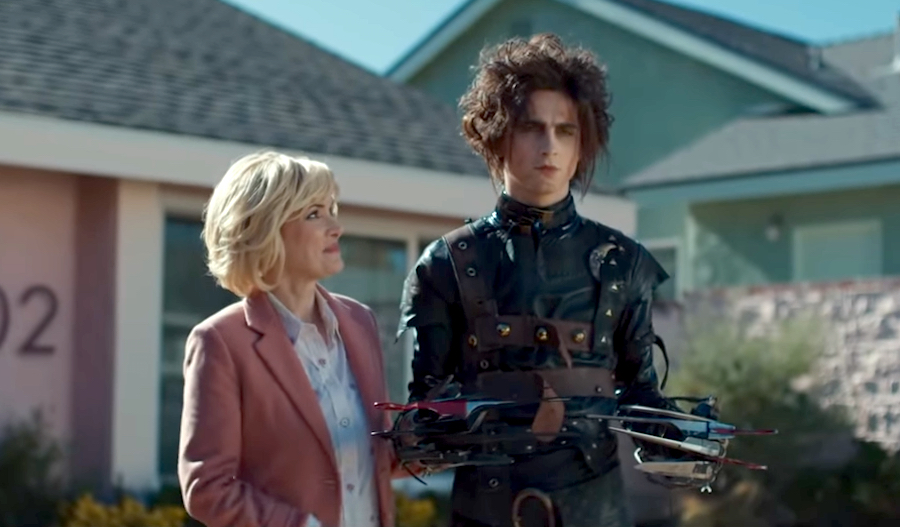 If you watched the Super Bowl last night for the actual game, good for you, but if you watched just for the halftime show or just for the commercials, we won’t judge you, because we do the same thing too. If you are one of us, we’ll save you the Google search — the Tampa Bay Buccaneers took home the trophy in a landslide win (31-9).

Every year, the Super Bowl commercials get better and better, with this year being no exception. But one thing that was different this time around was how star-studded the commercials were. Side note: word around the street is a 30-second spot during the big game this year cost $5.5 million!

Here’s a list of our top 5 favorite Super Bowl commercials this year starring our favorite celebs!

This one has got to be one of our all-time favorite Super Bowl commercials ever! And that's saying a lot. If you missed it, it’s called "Drake from State Farm" (obviously). I mean, it’s so obvious I can’t believe we didn’t think of it first. This one is a must-watch. Honestly, I can feel the memes coming already.

If you’re a Michael B. Jordan stan (like we are), then you’ve probably already seen this one, but if you haven’t, you need to. Amazon hit the nail right on the head with this one and let us tell you, if there’s ever a day were it’s possible for Michael B. Jordan to be our Amazon Alexa, we’re buying more than one.

Wait, no, scratch that, THIS is our favorite Super Bowl commercial ever. And that’s not just because it has Timmy C. in it (well, it kind of is), but it’s so well done that we didn’t want it to end. I think we can all agree that this Edward Scissorhands sequel needs to be made into an actual movie!

We all knowNick Jonas has diabetes, but we also always forget about it. This one, though, is kind of hard to forget. It’s short and sweet, so our only critique is that is should’ve been longer. (We want more Jonas!)

What can we say? We just love Cardi B. We’ll take shameless promotion when it comes to her any day, and this one was SWITCHED ON. Go on get that bread, UberEats. Oh, and that green moment is everything [*schwing*]!!!

We’re honestly so sad that we have to wait another 365 days to see more commercials! Which one was your favorite?