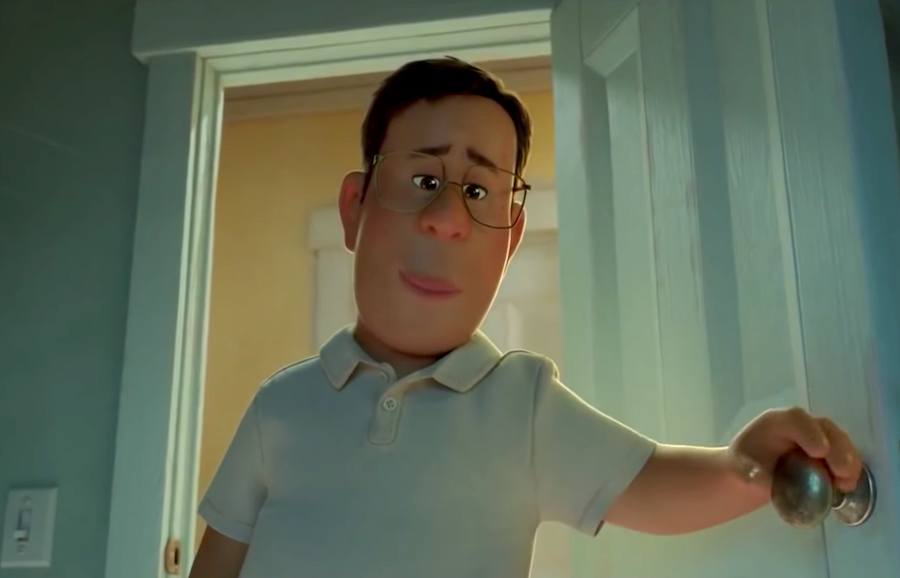 It’s Father’s Day Weekend, and to celebrate all the loving fathers and father figures around the world, we are paying tribute to our favorite Pixar dads, all of whom show unique aspects of fatherly love!

A single father king. It is undeniable that he fumbled the dad job once and lost his son big time. However, he put in the work to find him again. He fought sharks, got stung by hundreds of jellyfish, was swallowed by a whale, and quite literally crossed the entire ocean to find his son again. All of which can only be described as labors of love. For my money, he’s the proudest and most loving Pixar father.

Bill Anderson is a perfect example of bland but unconditional love. Sure, he has little to no understanding of Riley’s emotions and often fails to find a meaningful connection with her. But he is constantly trying and never once does his love waiver for her. He is definitely the most normal on the list, but that’s why he is so important.

An important lesson can be learned from Jin Lee. So often, stoic fathers are defined as being coarse or uncompromising. And never are they depicted as experts in the kitchen. Yet Jin Lee realizes that the most important thing is supporting his daughter and wife, defying stereotypes and proving that you can be a stoic man but still make delicious things and be a pliable, loving father.

Sully is an important addition to the list because it is a reminder that the love of a father can be found and not just born into it. Boo was a fear and nuisance for Sully before he realized that she was instead something to be cared for and loved. After that, she became something he couldn’t lose. If that isn’t a parable for fatherhood, I don't know what is.

The love the Lightfoot brothers have for their father can only be described as magical. While Wilden, their father, remains nothing more than a speechless sack of clothing for most of the film, he wanted to let his sons know how much they mean to him and give them a chance to see him one last time. And he was able to give it to them before he moved on forever. He is a tragic figure, but also proof that the love of a father endures long after he is gone.