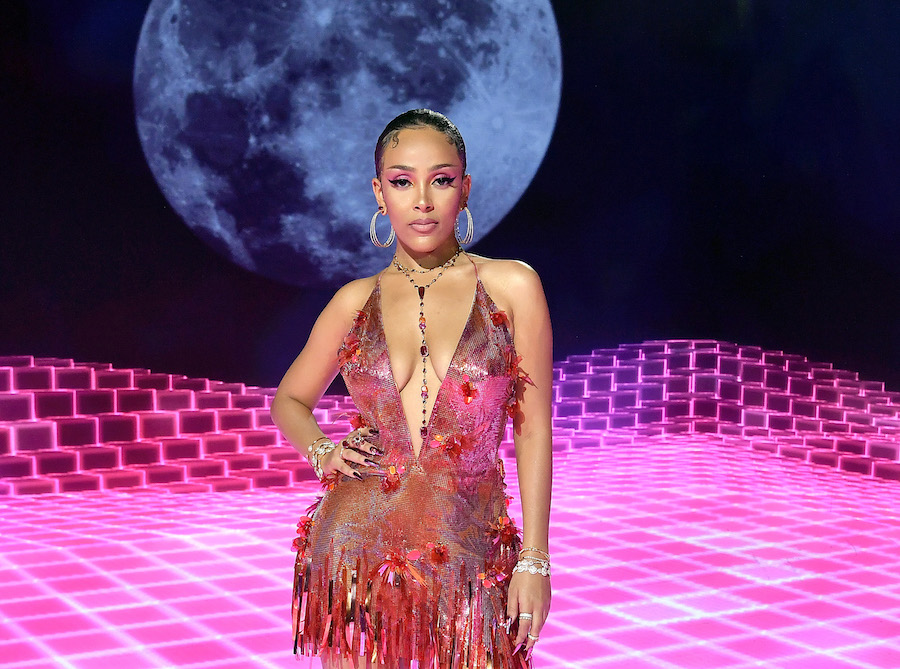 Doja Cat celebrated her 25th birthday earlier this week, and if you don’t know who she is, Doja Cat is a singer and rapper well known for her song "Say So" (the remix of which featuresNicki Minaj). She has been featured on a long list of tracks with other artists as well. She released her most recent album Black Pink in 2019, filled with sex-positive and female empowering songs, as was her album Amaral before it.

So to celebrate her big 2-5, here are 5 of our favorite Doja Cat tunes!

Bebe Rexha is one of our favorite artists, and we were so excited to see her release this single with Doja Cat! “Baby, I’m Jealous” is exactly as the title suggests -- it’s all about being jealous, though this song isn’t as bitter as the title may have you thinking. The two artists sing about the bad habits that come with insecurity. Bebe sings about all of the things that make her jealous, even though she knows she shouldn’t be. She talks about feeling like nothing and going through her partner’s history and trying to break away from these bad habits. Doja comes in strong as always, not letting jealousy get to her, instead singing “I stole ya man / He got freedom to chase what he likes / I know you're mad / But he ain't even worth none of your time...”

This is such a great song because it brings light to all of the horrible things that jealousy can bring up, from negative feelings about yourself to unhealthy habits and how hard it is to break away from this. Doja Cat comes in to remind you that unfaithful partners aren’t worth it.

This track is super high energy, with major “Boss Bitch” power. It was perfectly featured on the Birds of Prey soundtrack and has become popular on TikTok and in the Drag community. It is super empowering and fun, and even though clubs aren’t open, it’s the perfect club song.

We love the music video, which features clips of Harley Quinn from Birds of Prey and Doja Cat dressed up in various Harley Quinn-esque outfits. This video honestly makes me want a Harley Quinn spinoff featuring Doja Cat as the titular character (don’t get us wrong, though, we do love Margot Robbie in the role!)

This song is all about being addicted to another person and to a relationship. It’s super soft compared to the previous song but still super fun. Despite the song being called “Addiction”, Doja presents a sort of power and control through her lyrics, such as “I got such a pretty body / Feels prettier when I’m a mess...” She wears the label “broken” almost like it’s a badge of honor in this track.

“Streets” is such an interesting song, with the soft, high-pitched vocals and the deep beats. This song honestly reminds me of the early-2000s/2010s. Doja Cat breaks up her silky vocals with a short rap verse towards the end of the songs, which is super reminiscent of that time period, when many pop tracks would feature prominent rappers for a single verse (think Maroon 5's “Payphone”). This song is about finding the perfect person but not being able to be with them.

Though there isn’t an official video for this song, but she performed it live for Vevo LIFT, standing in a white pool, wearing a white bodysuit covered in pearls, with a pink background. The soft, feminine vibe of this performance matches Doja Cat’s aesthetic as well as that of the song.

“Body Language” is such a sexually-liberating song. Though it is not as explicit as some of her other songs of the topic, it is super sweet and sensual, and, as always, Doja Cat holds the power. I love the synth in this song, which melts together with her voice perfectly without overpowering it.

Happy Belated Birthday, Doja Cat! We can’t wait to see what else you have coming up!