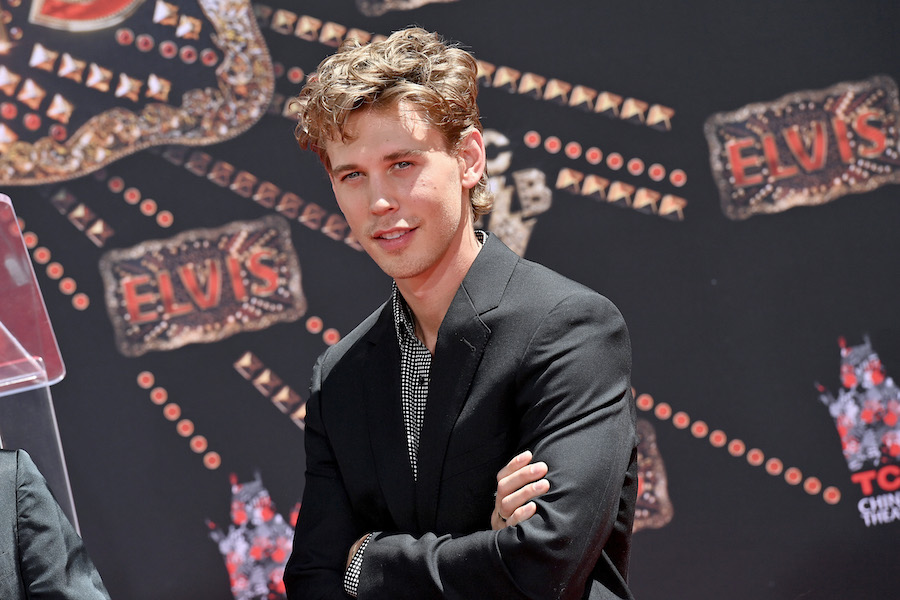 It’s clear that Austin Butler’s connection to Elvis Presley runs deep. Not only did he prep for this role by studying archives of all of Elvis’s old interviews, traveling to Graceland, meeting Elvis's widow Priscilla Presley, and playing Elvis’s guitar, but he also experienced touching moments of discovery -- Austin learned that Elvis lost his mother at 23, the same exact age that Austin lost his own mother. Speaking to Jimmy Fallon, he noted that this “became the first key into finding [Elvis’s] humanity.”

Elvis has become a permanent part of Austin Butler, and we can even see that his natural speaking voice has been altered by the two years of intensive work that went into this movie.

Opening up to Jimmy, Austin explained the immense pressure and imposter syndrome that he felt when taking on this role. He still feels like this whole experience is a dream. After all, it does seem like just yesterday that Austin was winning over our hearts on Disney Channel and Nickelodeon. Austin Butler has been making his way to superstardom for quite some time now, and it’s no exaggeration to say that he shaped our childhoods along the way.

Let’s take a quick trip down Memory Lane to revisit some of our favorite past Austin Butler roles!

Starting off strong, we have James Garret in “Zoey 101”. When Austin stepped into his starring role of James in the 4th and final season, there was undeniable chemistry between him and Zoey. Of course, Zoey ended up breaking up with James due to her undying love for Chase, but James nobly expressed no hard feelings. Fun fact: Before Austin was cast as James, he appeared in Season 3, Episode 11 (“Quarantine”) as Stacey Dillson’s boyfriend, Danifer!

Another one of his iconic roles is Peyton Leverett in Sharpay’s Fabulous Adventure. Austin plays a charming film student at NYU who crosses paths with the one and only Sharpay Evans of the High School Musical movies. His character sticks by Sharpay’s side as she learns the harsh realities of seemingly glamorous New York City and the real world at large. As Sharpay navigates her acting career, she proves to be the perfect muse for Peyton’s big film project. This heartwarming movie gave us full closure in knowing that Sharpay underwent some genuine character growth since HSM, and Austin Butler was the perfect leading man to guide the way.

Throwing it back to 2007, Austin appeared as Derek Hanson in Season 2, Episode 7 (“My Best Friend’s Boyfriend”) of “Hannah Montana”. When Lily’s new boyfriend crashes their girls' night, Lily invites her boyfriend’s cousin, Derek, turning movie night into a double date. Everything is going swimmingly for a few seconds until they start watching a scary movie and Derek shrieks and rocks back and forth with fright.

The same year that he appeared in “Hannah Montana”, Austin played Jake Krandle in Season 1, Episode 2 (“I Like Jake'') of “ICarly”. Every girl has a crush on him for his good looks, but nobody knows about his awful singing voice. Due to Carly’s massive crush on Jake, the ICarly crew does everything in their power to make him sound better on their web show. Ironically, his appearance on their broadcast catches his ex-girlfriend’s attention, leading them to get back together. Check out this now-ironic clip of Jake’s singing voice pre-autotune!

But perhaps the role that really put Austin on the map and on everyone's radar was his leading role in MTV's short-lived fantasy series, "The Shannara Chronicles", based on the popular books by Terry Brooks. Although the series lasted only 20 episodes, Austin made quite an impression.

We’ve gotten to watch Austin go from portraying Jake on “ICarly”, a boy notorious for his lack of musical talent, to the King of Rock and Roll himself. We couldn’t be happier for him as he deservedly steps into the limelight!

Keep an eye out for Austin Butler, 'cause he’s "ready to fly"!