ONE TO WATCH: Dane DeHaan 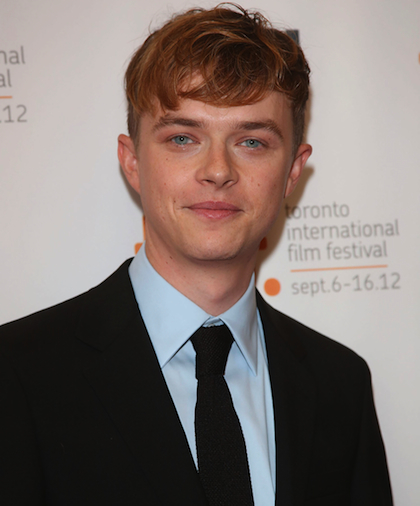 At this point, Dane DeHaan is best known for his portrayal of Jesse on the HBO series “In Treatment” and Timbo in the fourth season of “True Blood”. But it is safe to say if you've seen DeHaan in any movie, then you know how much he physically resembles Leonardo DiCaprio, and, most of all, clearly has similar dramatic acting skills too.

When I first saw DeHaan on screen, the first thing that came to my head was “Isn’t that the guy from Basketball Diaries?”. Basketball Diaries was a breakout film for DiCaprio, and though it was released back in 1995 -- when DeHaan was only 9 years old -- I could easily see him portraying the same character, probably on par or even better than DiCaprio did. As if it’s almost a perfect match, all the way from his acting ability, to his boyish hair, and even his complexion... he could easily pass as Leo’s long-lost twin brother.

But unlike DiCaprio, who started with commercials and the classic sitcom “Growing Pains” in the early-1990s. DeHann graduated from the University of North Carolina School of the Arts and made his debut in 2008 on Broadway with American Buffalo, followed by the critically-acclaimed Off-Broadway production of The Aliens, for which he received an Obie Award for his performance.

From there, he went on to work with many talented individuals: the box office hit Chronicle; the film Lawless opposite Shia LaBeouf, Tom Hardy, Jason Clarke, Gary Oldman, and Guy Pearce; a small role in the Oscar-winning film Lincoln; opposite Ryan Gosling, Bradley Cooper, and Eva Mendes as Gosling's young son Jason in The Place Beyond the Pines; completed production on the independent film Devil's Knot opposite Reese Witherspoon and Colin Firth; and even has a dramatic (and much buzzed-about) love scene with Daniel Radcliffe in the highly anticipated indie film, Kill Your Darlings, based on the life of poet Allen Ginsberg, also starring Ben Foster and Jack Huston.

But if you aren’t impressed yet with that resume, there’s more! DeHaan will be staring in an upcoming film called Metallica Through the Never, which focuses on a roadie (played by DeHann) during an urgent mission that he is sent out on. They filmed this flick in my home town of Vancouver, Canada, and let me tell you, with the amount of pyro-techniques that were used and the number of road closures these guys had while filming this production... get ready for one surreal adventure.

By this time next year, the young star will be instantly recognizable the minute he steps out his door, and not just because of his resemblance to a certain Titanic victim. Earlier this year, director Marc Webb announced that DeHaan will be portraying Harry Osborn in The Amazing Spider-Man 2 (taking over from James Franco in the previous Spider-Man franchise), another highly-anticipated movie event that is sure to elevate his profile around the world.

With all of this success accomplished at the young-age of 27, and an ever-growing array of blockbusters waiting to be released, this DiCaprio doppelganger has a long Hollywood life ahead of him, which is why he makes our One To Watch list!