No One Has Had a Bigger Glow-Up Than The 'Twilight' Cast! 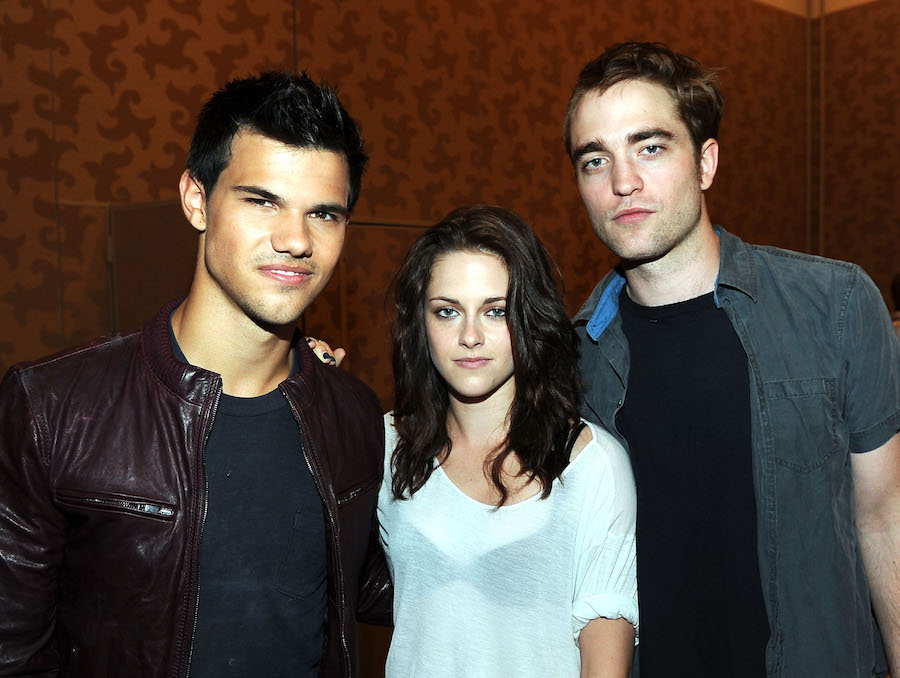 It’s no secret that it has become a bit of a running joke within the fandom at this point that no one seems to hate the Twilightmovies more than the Twilight cast. Over the years, more and more stories have come out from the stars of the franchise candidly detailing their time on set. As recently as this year,Anna Kendricklikened the cast’s time on set during the first film to a hostage situation.

The comments are always made in jest, but the message is still quite clear – the Twilight franchise is something that the cast is grateful for but never wants to revisit.

And really, they don’t have to. Because let’s just say it… out loud. No movie cast has had a better glow-up than theTwilight cast.

I’m not talking in terms of appearance – though, if we’re being honest again, that’s true too. Have you SEEN Kristen Stewart in a suit in Happiest Season? – I’m talking in terms of their careers. Just about every star of Twilight has found that the vampire francise was anything but a career-killer and have gone on to enjoy many bigger and better projects.

First, there’s our angsty forbidden love of the early-2000s. Edward Cullen was the object of millions of girls’ affection, sparking a hairdo for men that has become almost as immortal as the vamp himself. And yet, Robert Pattinson is arguably the biggest Edward hater there is. He’s made no secret of his feelings toward the iconic character, so much so that fans have created compilations of his shadiest comments.

Admittedly, up to this point, any casual movie fan would associate Robert Pattinson with Twilight. But that’s likely about to change. Pattinson is making the full transformation, going from vampire to bat, as he takes on the role of Gotham’s most famous resident in 2022. As a result of the COVID-19 pandemic,The Batman had to start and stop filming more than once, as Pattinson himself contracted coronavirus just days after the movie began shooting. Still, fans are eagerly awaiting his take on Bruce Wayne, having newly dubbed him as "Battinson" (though we prefer "R-Batz"). We’re looking at Forks in the rearview mirror, folks.

Fans tend to forget, but Kristen Stewart did quite a few movies prior to Twilight. Still, it was her turn as Bella Swan that really put Stewart front and center in Hollywood. And, like the rest of the cast, she really didn’t think much of it at the time. Stewart has outright said that, back then, the idea of doing a sequel was “absurd” to her. Stewart also readily admits that it was Twilight that gave her the ability to do different projects later without needing to convince people to have faith in said projects.

Here we are, 12 years later, and Stewart is the star of a record-shattering Christmas film, coming right off a badass turn as one of Charlie’s Angels. Bella Swan could never.

FollowingTwilight, our favorite werewolf hasn’t done much. Per IMDb, his most recent project was in 2018. Funnily enough, he didn’t do much before Twilight either, but it feels a bit like he’s been around forever, doesn’t it? That’s mostly because, even with Jacob Black on his resume, Lautner will likely always be a bit more haunted by his childhood role as Sharkboy in The Adventures of Sharkboy and Lavagirl.

In fact, fans are more focused on that character than ever, as it’s been confirmed that Lautner is not reprising his role of Sharkboy inWe Could Be Heroes, a new movie centering on Sharkboy and Lavagirl’s daughter, dropping on Netflix on New Year’s Day.

Then, of course, there’s our girl Anna Kendrick. Her character was so minor in Twilight you might forget she was part of the franchise at all. And yet, she was there for four of the five films.

Now she’s an Oscar nominee, sooner associated with her a cappella skills than her Twilight-era sass and ditz. It’s hard to say she was ever known for playing Jessica, but even so, it’s barely a blip on her career timeline.

Like Anna Kendrick, Christian Serratos played a more minor character in the Twilight franchise. Angela was a bit more of a presence in the books than the movies. Also like Kendrick, it’s easy to forget altogether that Serratos was even in the films. But post-Twilight, Serratos has certainly been a presence in Hollywood. The actress went on to star in massive projects, the most notable of which being AMC's "The Walking Dead".

Last week, Serratos’s latest project dropped, placing her in the role of the iconic artist Selena. "Selena: The Series" premiered on Netflix on December 4th.

As for the rest of the Cullen clan, you can find them scattered across TV.Ashley Greene, who played the lovably eccentric Alice, went on to star in a handful of Hallmark Christmas movies. Like her on-screen brother, Greene also entered the world of Batman, voicing Barbara Gordon, Oracle, and Batgirl in theBatman: Arkham Knight video game.

Peter Facinelli, the Cullens’ fearless leader, also joined the world of supers after Twilight, starring on The CW’s "Supergirl" as the iconic villain Maxwell Lord for the show’s entire first season.

His on-screen wife Esmee, played by Elizabeth Reaser, will perhaps always be known for her pre-Twilight days by "Grey’s Anatomy" fans as Rebecca. But in 2018, she appeared on our screens once more in Netflix's acclaimed "The Haunting of Hill House" and again in 2019 on "The Handmaid’s Tale".

In short: the cast of Twilight basically went on to say “bite me” to the franchise.