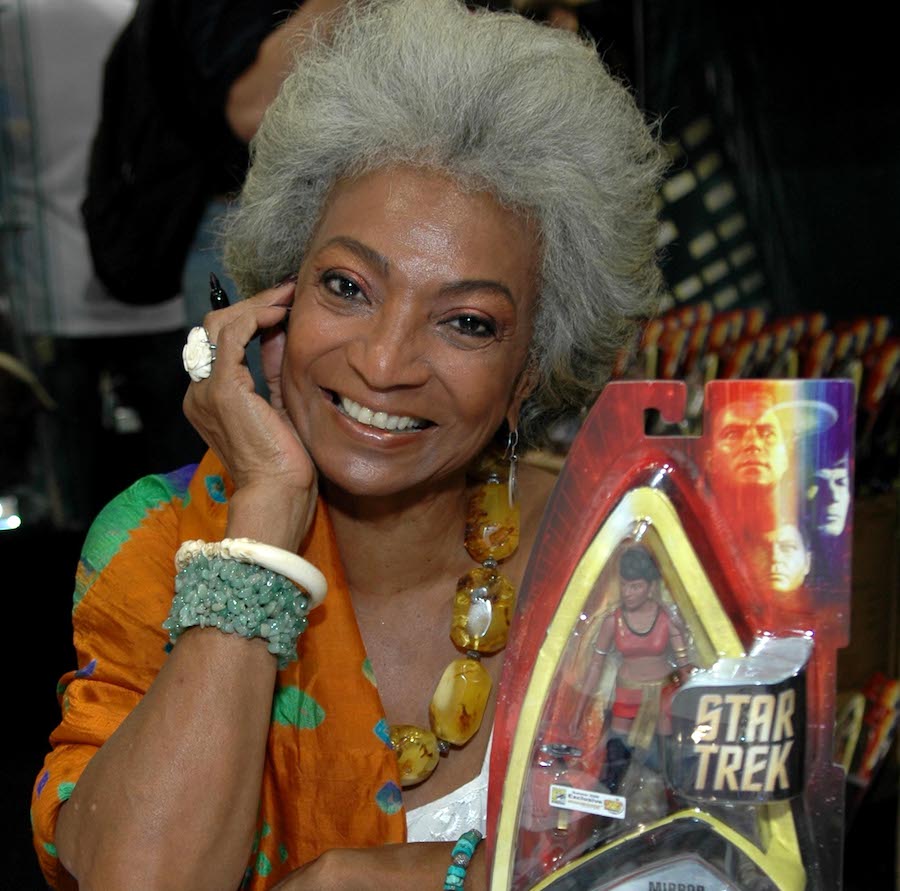 Legendary actress Nichelle Nichols tragically passed away this past Saturday (July 30). To say she changed the world of entertainment is an understatement. While she’ll be remembered for many things, she’ll be mostly remembered as a person who used her position responsibly to achieve real and lasting progress.

Nichols made history throughout her entire career, but it was her groundbreaking role on the original "Star Trek" series that kicked off this lifelong mission. Playing Lieutenant Nyota Uhura, Nichols became one of the first Black woman to land a leading role in an American television show. This created immediate and enormous waves in Hollywood at the time (not to mention becoming one-half of the first ever interracial kiss depicted on television ever). People excitedly took notice of the actress’s nuanced portrayal of a non-stereotypical Black female character.

Nichols was debating leaving the show after the first season to pursue a career in Broadway, but a conversation with none other than Dr. Martin Luther King Jr. himself about how impactful her performance was to people with her same lived experience convinced her to stay. The sentiment Dr. King expressed proved to be true. Actresses and non-actresses alike continue to be inspired by Nichols’s character and Nichols herself. She would spend the rest of her acting career in more roles that uplifted Black women.

But Nichols didn’t stop at television and movies to foster a more equitable world. Her experience on "Star Trek" led her to become passionate about science and STEM fields. Recognizing how gatekept this field still was for women of color, she sought to rectify this. In 1977, Nichols decided to partner with NASA in order to help recruit and encourage WoCs and minorities to become astronauts. She starred in a promotional film about the subject, and ran a company that helped NASA with recruitment. Their partnership continued until 2015.

Ms. Nichols was also a regular face at yearly conventions and other fandom events, always graciously making time to meet and greet her many fans and sign autographs right up until the end. 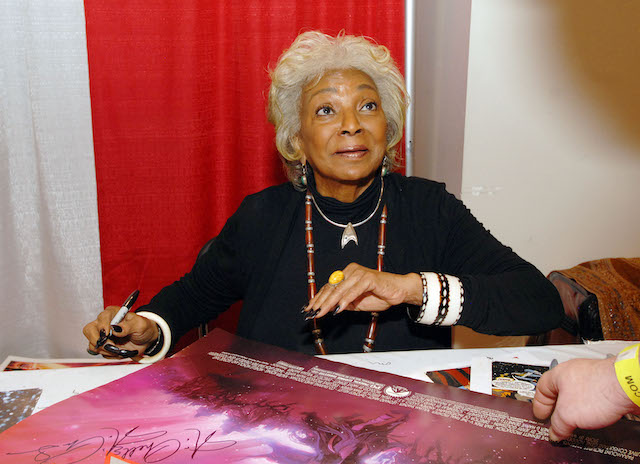 Her commitment to including marginalized voices in all walks of life has ensured for her a well-deserved legacy of extensive kindness. Much like her beloved "Star Trek" character, Nichols went where no one had gone before in the hopes of creating a better future. It’s something in which we can all do better, and something that the world will both admire and miss about Nichelle Nichols.