"Never Have I Ever" Been More Excited For A New Season! 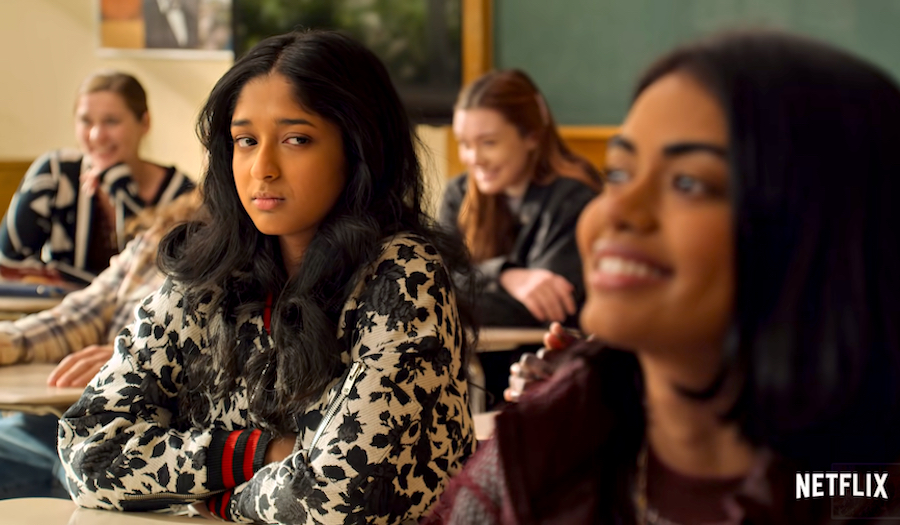 Buckle up, because TV’s funniest show about high school, romance, family, and everything in-between is coming back in July! Never have we ever been so excited for a lighthearted, innovative comedy like Netflix’s "Never Have I Ever" to make a return, so naturally, we had to break down the trailer to see what will happen after Season 1 left us with a reconciliation between Devi Vishwakumar (Maitreyi Ramakrishnan) and her mother (Poorna Jagannathan), as well as a big kiss between Devi and her academic rival Ben Gross (Jaren Lewison)!

To rewind, "Never Have I Ever" centers around Devi, a high school student dealing with the grief of losing her father and the feeling of desperately wanting some romantic action, all narrated by tennis star John McEnroe (and produced by comedy queen Mindy Kaling)! If that premise sounds exciting, go watch the first season and then come back here to analyze all the potential Season 2 action!

The trailer opens with a shot of a pros and cons board for Ben and Paxton (Darren Barnet), Devi’s other potential love interest, with Devi’s best friends Eleanor (Ramona Young) and Fabiola (Lee Rodgriguez) gunning for Paxton (he has a great body). As Devi mentions in the trailer, it’s her last chance to find an American high school boyfriend before her family potentially moves to India. The stakes have never been higher!

Devi decides to choose both, with her brainiac side geared towards Ben and her romantic side towards Paxton. How could it go wrong? The trailer also introduces us to a new character, Aneesa (Megan Suri), who is also Indian, and who Devi worries is prettier and cooler than her. Ahhh, high school angst.

The trailer also promises antics to rival last season’s, like a shot of Devi crashing into a covered hot tub, new student Aneesa flirting with Ben, a house party, Devi running through the woods, and much more. You know this season is going to be good when the trailer ends with Devi stating, “My mom doesn’t tell me how to live my life. Megan Thee Stallion does.”

Truer words have never been spoken. We’ll see you on July 15th!