A New L.A. Lakers-Inspired Comedy Is In The Works and We Can’t Handle It! 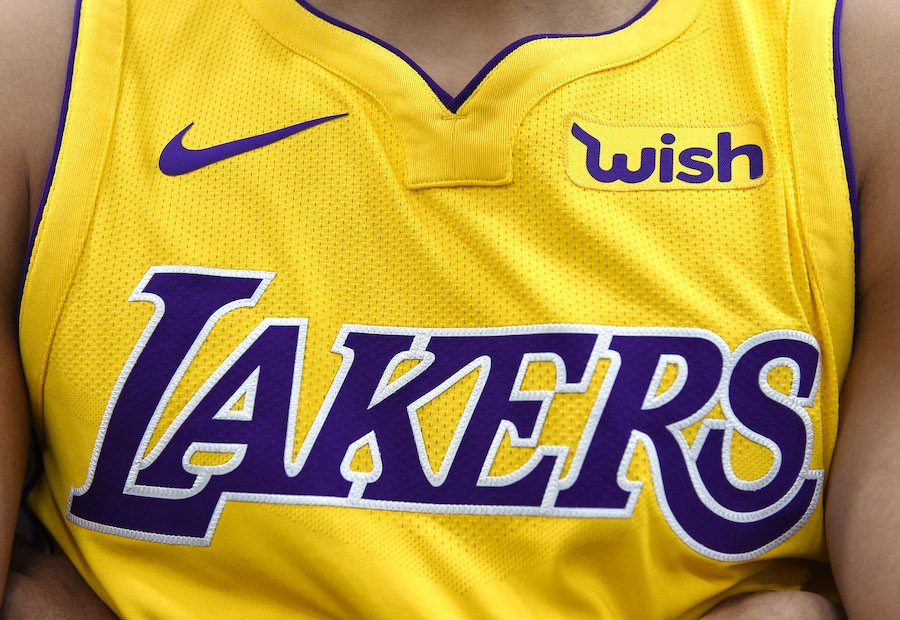 Guys. GUYS! Stop everything. Did you see this coming? I sure as heck didn’t!

For those that are new to Young Hollywood, the frequent readers will tell you that I can be a tad … um … histrionic when it comes to my treasured Los Angeles Lakers. Laker basketball makes up at least 40% of my personality, and that’s being generous. I’ve written about them on this forum here and here and, unfortunately, here. You get the picture. I LOVE the Lakers – I loved them when Kobe and Shaq were mowing everybody else down, I loved them when Kobe and Pau got their redemption against the Celtics, and I even loved them in the forgettable years between rings, particularly in the post-Kobe/pre-LeBron era. And even while Lakers Nation may still not be over this season’s first-round-exit malaise, a piece of news just dropped that will certainly help mellow the tides of the Clippers still being in title contention and LeBron, AD, and company having to wait another year before earning the Purple and Gold’s 18th chip. I still can’t believe my fingers are typing these words, but here goes nothing. Are you sitting? Good.

Netflix is creating a workplace comedy centered around the Lakers!!!

Okay fine, so you read that in the title of the article. My fault, the news probably would have hit harder had I named this “exciting news about a certain iconic sports franchise” or something like that. I get it. But it’s still such good news!

Can I just say, I think the idea is excellent. I’ve always felt that sports and comedy go hand-in-hand, with Will Ferrell gifting us with such comedy classics as Semi-Pro, Blades of Glory, and Talladega Nights, MLB stars like Fernando Tatis Jr., Nick Castellanos, and Kike Hernandez being known for their humorous antics on and off the field, and basketball stars of past and present – including Shaq and Blake Griffin – dipping their toes in the roast waters. Plus, I have my own baseball podcast and I’m hilarious. No? Whatever, you get my point.

While this isn’t the first sports-themed TV comedy to hit the airwaves – "Ted Lasso" is one of the hottest shows on streaming right now, "Friday Night Lights" was an NBC mainstay in the early-2000s, and "Cobra Kai" is also taking the Internet by storm, just to name a few – this one, I believe, will stand in a league of its own (pun fully intended). Why? Well, for one, for a show to revolve around one of the most popular teams in all of sports is sure to be interesting, but the fact that a show about men’s pro basketball is being run by mostly women is truly prideworthy.

With "Modern Family"’s Elaine Ko, "The Mindy Project" and "The Office"’s Mindy Kaling and Howard Klein, Lakers Executive Director Linda Rambis, and Lakers controlling owner and president Jeanie Buss at the helm, not only is the series run predominantly by women, but the show is also in the hands of genius comedic minds. This gives me confidence that it will stand up to shows like "Modern Family", "The Office", and "The Mindy Project", and the fact that Rambis and Buss – both long-time members of the Lakers organization in their own right – are executive poducing as well makes me feel even better that the Lakers themselves will be represented in the best light. Furthermore, the subject matter – which, according to Netflix’s official press release, revolves around “fictional team governor Eliza Reed as she navigates NBA ownership and family drama with her best friend by her side” – already sounds like a hit, and we don’t even know who the cast is yet. Will Kaling herself star in it? Will Buss make appearances? I’m itching to find out who will bring this story to life, and if you ask me, it can’t come to Netflix soon enough.

The last thing I’ll say about this incredible Lakers bombshell is this: I think this show will serve as inspiration for not just women in sports, but women in comedy, women in entertainment, and girl bosses as a whole. Jeanie Buss is one of only a handful of female owners of any professional sports franchise, and for that to be spotlighted on the screens of millions of laptops around the world will hopefully boost the trend of more women taking the reins as leaders in the sports world. As with many other gender equality and social justice issues, we as a society have made much progress since the days of burning bras, but especially in the pro sports community there is still so much progress to be had. Sitcoms have been vehicles for real change since Mary Tyler Moore and Norman Lear were blazing trails in the ‘70s, and this show will hopefully further that progress for the greater good, with some hardy laughs along the way!

Like I said, I’m thrilled that the Lakers will be celebrated on the sitcom stage, and I can’t wait to see what Kaling and company come up with. I am a huge fan of all of the people leading the charge on this show, and I’m sure we Lakers fans – and comedy fans in their entirety – are in for a special treat. I feel like I’ve said it a lot lately, whether I’m defending this organization in the midst of an upsetting loss or expressing my pride for all of the great things they do for their community and for people around the world, but I’ll say it again: Go Lakers!