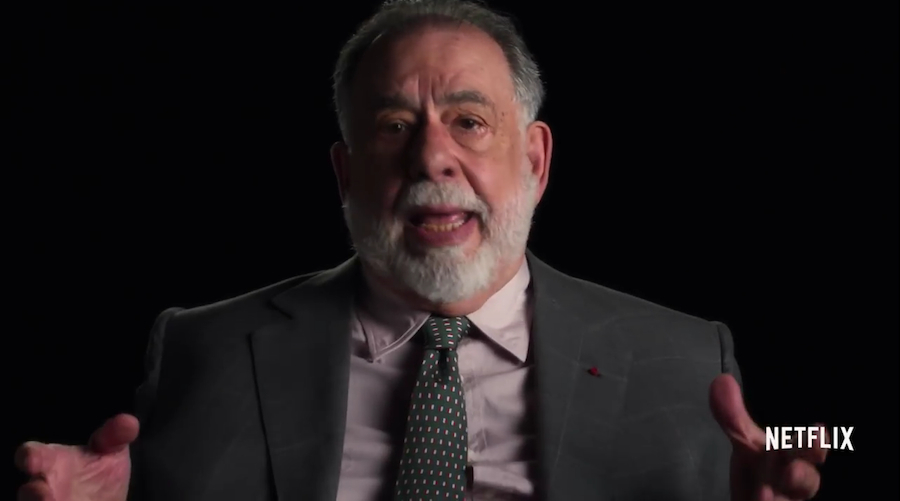 Netflix continues to kill it!

So, YH fans, if you don’t have an account yet, get one asap or ask your friends for the password to theirs. Netflix is constantly adding an impressive array of original movies and TV shows, and one of their upcoming additions is Laurent Bouzereau’s Five Came Back. The trailer for this documentary features footage of Adolf Hitler speaking intertwined with unsuspecting moviegoers from the same time period who never realized the extent of how bad he actually could be, as they believed what the propaganda showed them. They only realized the truth of what was happening when 5 now-legendary filmmakers who served in the war captured real live footage depicting the truth.

Five Came Back is a three-part docuseries written by Mark Harris, whose book inspired Laurent to create the project, narrated by Meryl Streep and co-executive produced by Steven Spielberg (no stranger in dealing with this time period). Harris’s book Five Came Back: A Story of Hollywood and the Second World War explored the truth behind the role Hollywood played during World War II, as seen through the eyes of legendary filmmakers John Ford, William Wyler, John Huston, Frank Capra, and George Stevens. This documentary series will do the same but it will also feature interviews from modern-day cinematic geniuses Spielberg, Francis Ford Coppola, Guillermo Del Toro, Paul Greengrass, and Lawrence Kasdan and will feature some footage that Bouzereau and his team spent hours sifting through from the archives of the 40 documentaries and films produced by the legendary directors, consisting of some 50 studio films and 30 hours of outttakes. Whew!

We look forward to watching this documentary for several reasons, one of which is, it sheds light on the fact that the arts and world events are inseparable; art reflects the world, so it makes total sense that the leading artists during the time of WWII were literally on the frontlines in capturing history. In fact, art has a responsibility to do that. It's also interesting to see how their experiences during the war affected the movies they made afterward.

In addition and connection to this documentary, Netflix will also be presenting 13 more documentaries, including Ford’s The Battle of Midway, Wyler’s The Memphis Belle: A Story of A Flying Fortress, Huston’s Report from the Aleutians, Capra’s The Battle of Russia, and others. We think this is a great way on Netflix's part to impart some important history and frame it in an artistic context. It will be interesting to see how art reflects our current political situation in the future... and whether or not we can learn from our mistakes of the past...