'Midsommar' Turns a Sunny Holiday Tradition Into a Nightmare!

Summer is not typically considered a scary time of year. The flowers are still blooming, the sun is shining, waters are sparkling—everyone’s guard is down as the season lulls them into a sunny ease. Most people don't think of horror when they think of summer. But this year, that’s about to change.
From Ari Aster, the director of Hereditary, last year’s horror movie that kept people awake for countless nights, comes his second feature-length horror, Midsommar. The title gets its name from the Swedish festival that happens every year. Midsummer festivals happen all over the world, especially in Europe and the U.S.—think of Maypole dancing. In the movieMidsommar, events are centered around this holiday.
As we learn in the trailer, a small Swedish village is celebrating a very special Midsommar. Their particular festival only happens once every 90 years—meaning no one who remembers the previous one is alive. It seems as if they’ve opened up their festivities to tourists, and we meet the main characters, a group of backpackers who are about to get much more than they signed up for...
Midsommar in Sweden goes all the way back to the Viking days and is technically a Pagan holiday. Things in this film seem especially devilish. There’s a cult-like village that’s fond of a mysterious drug that lowers your inhibitions and basically lets the villagers do whatever they want to you. Not sure why these backpackers agree to try it, but there must be a good reason. There’s the creepy Norse symbols, and the old-fashioned outfits. Basically, everything traditional takes on a sinister feel—especially when the symbols get smeared in blood and the people wearing the old-fashioned clothes start sacrificing themselves.
The trailer also shows some exciting familiar faces. The husband and wife, Florence Pugh as Dani and Jack Reynor as Christian, are the main set of backpackers. There’s a brief shot of Will Poulter, who used to known as "the eyebrow kid" and is now further cementing himself as a talented grown-up actor. Also, William Jackson Harper, who plays the lovable Chidi on "The Good Place", is one of the backpackers who I would hate to see get hurt in any way. Since this is a horror movie, though, the chances of that are pretty high.
Never has a trailer been so bright and colorful and so eerie and foreboding at the same time. By the time we get to the end, with people crying and moaning behind a closed door, it feels like the last straw. I’m convinced Midsommar is going to keep me awake through the long and bright summer.
Now that Daylight Savings Time has hit us with that extra hour of light and a little more warmth in the air, the countdown to this sunny scare begins. Until then, watch the trailer and try not to hold it against Sweden when their beloved traditions become your nightmares.
- Meg Spaulding, YH Contributing Writer
Hailee Steinfeld Goes Naked -- Emotionally and Literally -- In New Video For “Wrong Direction”!

Hailee Steinfeld Goes Naked -- Emotionally and Literally -- In New Video For “Wrong Direction”!
Everything From D23's Special Look at 'Star Wars: The Rise of Skywalker' That Has Us Feeling The Force!

Everything From D23's Special Look at 'Star Wars: The Rise of Skywalker' That Has Us Feeling The Force!
JP Saxe & Julia Michaels Release Stunning ASL Video of Their Hit Song "If The World Was Ending"! (WATCH)

5 Reasons Why Astrid S Will Be 2020’s Breakout Artist!
New 'Galaxy Quest' Doc Explores How Sci-Fi Parody Took On a Life Of Its Own!

New 'Galaxy Quest' Doc Explores How Sci-Fi Parody Took On a Life Of Its Own!
Netflix Releases First Tease For "Stranger Things" Season 4! 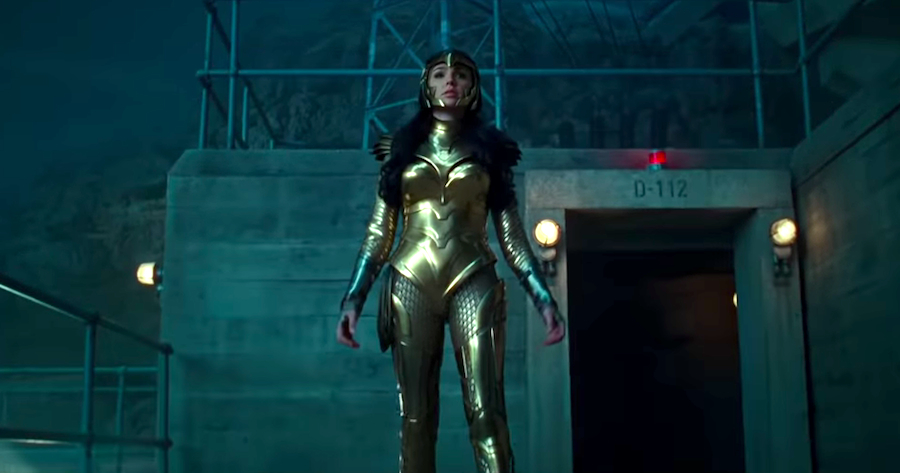 4 Reasons You Should Watch Disney+'s "The Mandalorian"!
Greta Gerwig's 'Little Women' Explores All Facets of Womanhood!

Greta Gerwig's 'Little Women' Explores All Facets of Womanhood!
8 Things That NEED To Happen In 'Star Wars: The Rise of Skywalker'!

8 Things That NEED To Happen In 'Star Wars: The Rise of Skywalker'!