Amazon’s “Man In The High Castle" Trailer Tells Audiences to Fight for the World You Want! 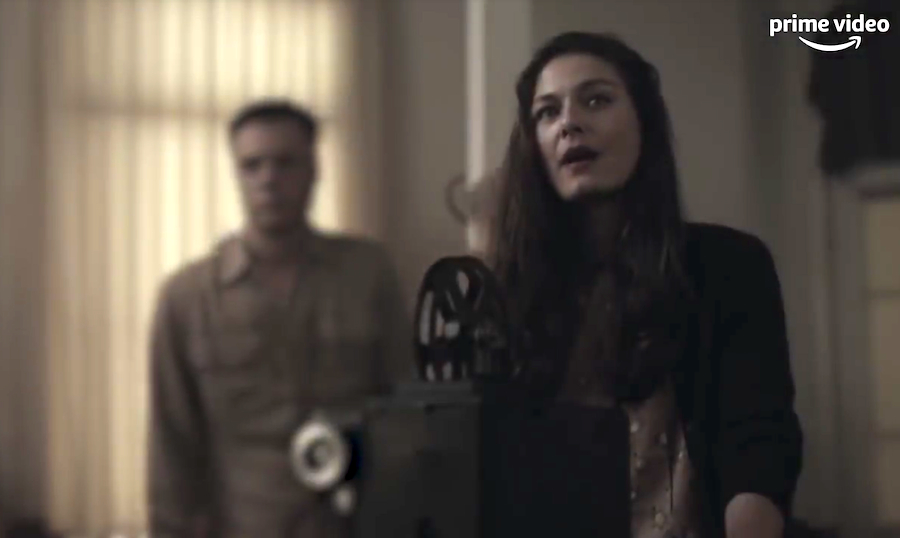 Amazon's “The Man in The High Castle”, which is based on the award-winning Philip K. Dick novel of the same name, has recently been renewed for a fourth season prior to its Season 3 premiere. A new trailer for the highly-anticipated upcoming third installment of the series not only hints at the show's most thrilling season yet, but it also tells audiences to fight for the world you want to the tune of U2’s “Pride (In the Name of Love)” by way of Berlin-based singer Lxandra.

As you can see from the promo, tensions are very high between the Reich and the Empire. There are scenes of the Statue of Liberty crumbling and the Liberty Bell being melted down. These scenes indicate a war is definitely brewing as the Nazis begin to purge American history, brining in a new era for the former red, white, and blue called Year Zero. But eclipsing all that, as the most powerful piece of imagery seen in this promo is the Nazi symbol transformed into a peace sign, which also doubles as the promotional poster for the upcoming season.

The series follows several characters throughout this alternate history where the United States is split between Nazi Germany in the east, Japan in the west, and the chaotic Neutral Zone in the middle. But the one thing that stands out the most in my mind and in the new trailer is Alexa Davalos, who stars as Juliana Crane. Crane has come a long way and now seems to be rising up the ranks of the resistance, which is very fitting considering where she started in the series. Crane is the one who discovers a film left to her by her sister, who is killed right after the exchange, depicting a world in which the Allies won. These films, which there are many of, become very important to the resistance and become an obsession for the Reich, especially Adolf Hitler, who has many of these films showcasing different dimensions. But how is this possible and what does it all mean?

Take a look at the world from a different lens. Watch the Season 1 & 2 Recap: https://t.co/DrG7OcwFdHpic.twitter.com/FaGyNmYTVR

This is where the series really begins to set itself apart from the rest of the programming out there today. It has been unveiled in the show that traveling to different dimensions is possible and that a multiverse exists with what could be an infinite number of dimensions. The next season of the series will be a race to see who uncovers the secrets of the multiverse first, The Nazis or the Resistance. Season 3 will go from war story to saving the world from evil getting its hands on the technology that could inevitably lead to inter-dimensional travel. The thought of Nazis taking over every dimension is nothing short of horrifying. As Juliana learns in the trailer, everything is connected to a mysterious new machine the Nazis are building to invade and conquer parallel worlds.

While previous seasons have been based on the novel, the third season will be based on material from Philip K. Dick’s unfinished sequel. Amazon has added to its solid cast with the likes of Jason O’Mara ("Agents of S.H.I.E.L.D.") and Francis Turner ("The Gifted") being brought in as series regulars. Eric Lainge (“Narcos"), Cle’ Bennett (“Homeland"), and Rich Ting ("NCIS: Los Angeles”) are set for recurring roles in the show’s third season. This upcoming installment will definitely have something for everyone and is not something you will want to miss!

All new episodes of "The Man in the High Castle" will debut on Amazon Prime on October 5.