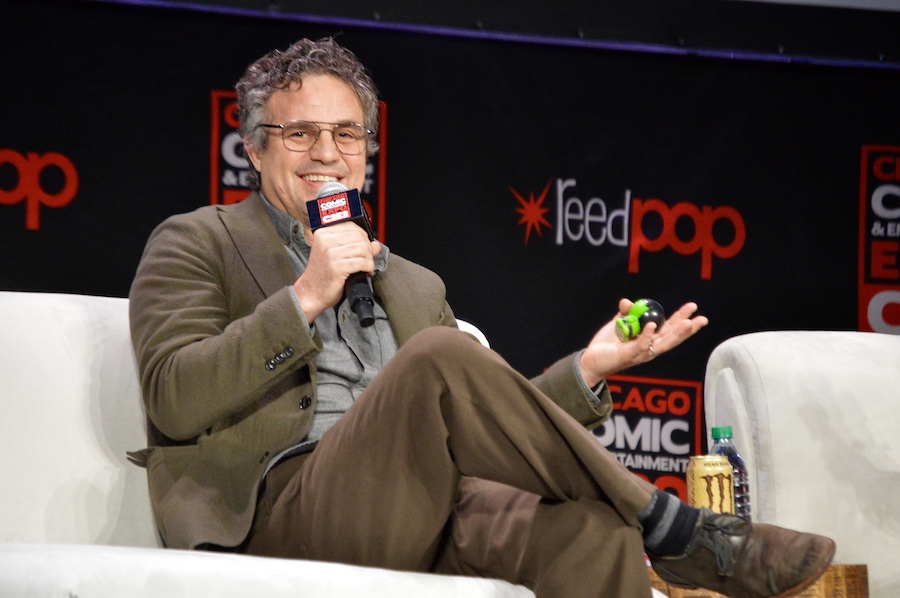 Think about your favorite rom-com heartthrob. Who do you picture?

Is itRyan Reynolds in The Proposal? Is itWill Smith in Hitch? Maybe it’sHeath Ledger in 10 Things I Hate About You. No matter who it was, I’m betting that it wasn’t Mark Ruffalo.

Granted, it’s hard to associate him with anyone but the Hulk these days. Ruffalo has become an icon in the MCU, and outside it, he’s known more for his serious films like Spotlightor Zodiac.

Both films, along with his MCU experience, were heavily discussed during Ruffalo’s panel at Chicago’s Comic & Entertainment Expo (C2E2) earlier this month. You know what wasn’t brought up, though? The hit 2004 rom-com 13 Going On 30.

Please, oh please, let us never forget the heartthrob that was Mark Ruffalo’s Matt Flamhaff in 13 Going On 30.

Matt Flamhaff is one of the original examples of “going from friendzone to endzone.” He was the literal boy-next-door for Jenna Rink (Jennifer Garner) and he’s one of the few characters that still hold up after 16 years.

Too many rom-com hunks are simply tropes – like Freddie Prinze Jr.’s character in She’s All That. You know the story: popular jock Zack makes a bet that he can turn the nerdy, unpopular girl into Prom Queen because “he’s just that good”, inevitably sees that she actually is cool, and falls for her.

Matt Flamhaff loved Jenna Rink for exactly who she was from the beginning. He never let her forget that she was awesome, especially when she thought she had to change herself to become a Six Chick.

At just 13 years old, he made his best friend her own “Jenna Dream House”. He included all of her favorite things: Rick Springfield, a big bathtub where she could readPoise, and, of course, himself.

To top it off, he threw on some wishing dust – and we all know where that led.

But even in the new timeline where Jenna dumped Matt as a friend in high school, he still has a heart of gold.

Mark Ruffalo brought a playfulness to grown-up Matty; for as much as he had gotten hunky, we still saw the boy-next-door in him. The way he begrudgingly but also fondly went along with his and Jenna’s inside joke after dropping her back home?

But no one – not one other rom-com heartthrob – has a scene as good as "Thriller". Sure, there’s pretty much always a dance in these movies. But Mark Ruffalo is the guy who learned the entire "Thriller" choreography.

Obviously, we can’t overlook that Matt Flamhaff did make some poor choices. For as perfect as he and Jenna were together, it’s never cool to emotionally cheat on your fiancée – and, in his case, physically cheat too.

It was just a kiss – an incredibly cute but also deeply romantic swingset kiss – but it was cheating all the same. So, we have to dock points there.

But at the end of the day, Matt did what was right and stuck to his choice to marry Wendy.

If you try and tell me that you couldn’t feel Matt’s pain while he told Jenna about his decision, thanks to Ruffalo’s acting, well… you’re lying. To his core, Matt Flamhaff was a good guy.

The beautiful thing about 13 Going On 30 is that, yes, in the end, the guy got the girl. But it was just as equally a situation where the girl got the guy.

Matt Flamhaff is the guy you want to get. And Mark Ruffalo deserves WAY more credit as an early-2000s heartthrob because of it.