Madison Beer's "Home With You" is This Summer's Girl Power Anthem! 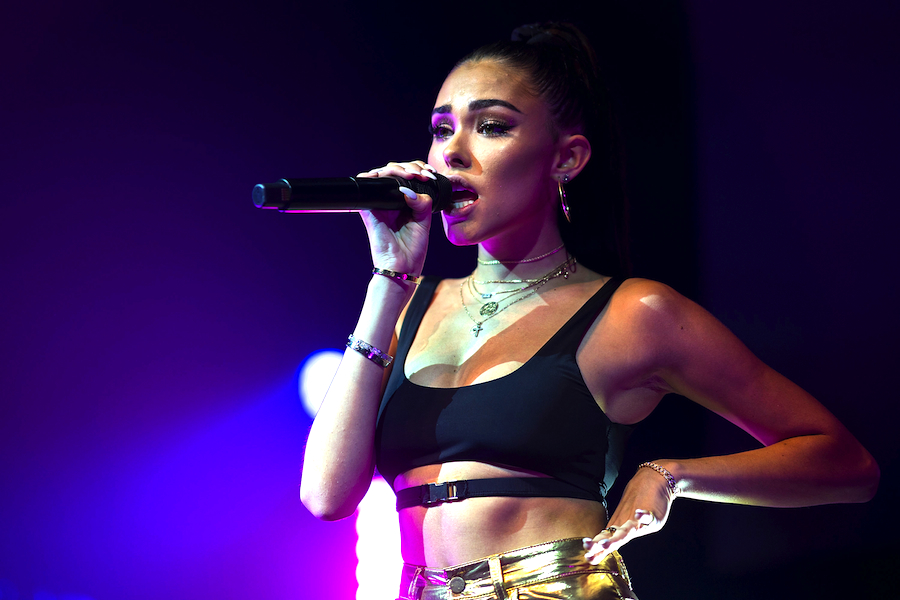 Madison Beer released her debut EP, As She Pleases, back in February, and people are still talking about it as if it were released today. Many people knew of Madison Beer thanks to her song “Dead”, which Kylie Jenner was often seen/heard playing on her Snapchat, and which Madison performed live in the Young Hollywood Studio.

So, between Kylie and other popular folk, Madison's song blew up last summer. Now, Beer is back again with another summery, but also all-year-round anthem… “Home With You”.

The song is a female-empowering anthem that exudes confidence, and I absolutely love it! The music video, which is just as cool, was shot in Detroit and Chicago and visually highlights the power and fire in every woman. Beer said she wanted to remind and show that women can be independent and say “no” to men. As an independent female solo artist -- who just so happened to rank on the Top 40 Billboard Chart with this song -- I would say Madison is doing a pretty good job of showcasing her independence.

Beer even broke down the lyrics, further explaining and encouraging girls to turn down guys who are disrespectful…because who needs that in their life, am I right?!

In case you couldn’t tell, I really like the song and its message! I think it’s clever, creative, empowering, and has a catchy vibe and beat. Therefore, it should be in every "Girls Night Out" playlist… just saying. So, I hope you liked watching the videos and listening to the song as much as I do… I even having it playing now as I’m writing this.

In case you want to watch another version of the music video (because why not), here you go: