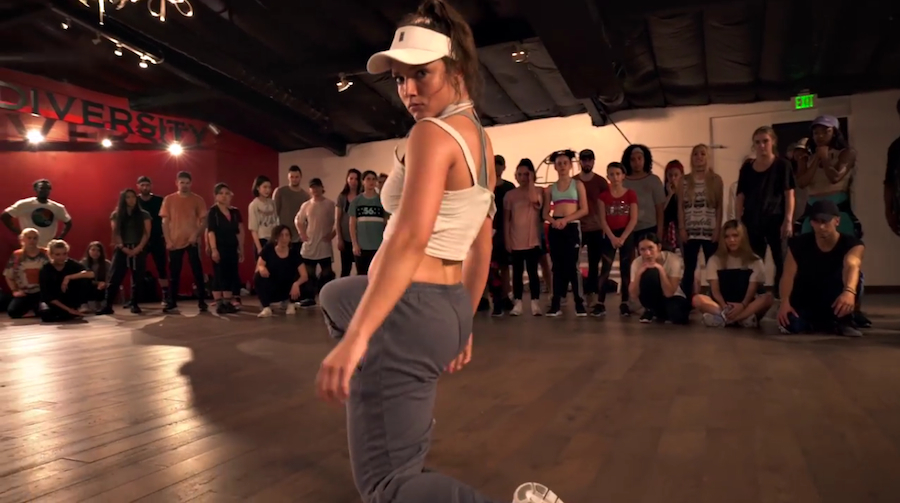 You may have heard the names Jade Chynoweth and Delaney Glazer before, or maybe you haven’t. Either way, let me give you a synopsis of these two sensational, gifted dancers.

Jade Chynoweth is an [American] actress and dancer, most notably known for her dance videos on YouTube, specifically for the ones in the iconic “red room” at Millennium Dance Studio. For instance, maybe you’ve seen her dance to the song "Escalate", which was all over everyone’s phone screen, computer screen... whatever screen that gave you access to the internet, it was on it.

This dance video is just one of the many videos, or video clips, of Jade that have gone absolutely viral. Just so you have a better idea of how freakishly talented she is, here’s another clip of Jade dancing to "Love on the Brain" by Rihanna:

I don’t understand how she can have so much elegance, power, and fierceness all at the same time. I really don’t.

You may have also seen Jade in the YouTube Original Series "Step Up: High Water", which is a variation/continuation of the Step Up movie series. I watched the series just to check it out, originally, and then I became hooked on the show. And the show just proves that Jade not only is a phenomenal dancer, but she can act too! I mean, what can’t she do?!

Now, for the other unbelievable dancer by the name of Delaney Glazer… she’s (also) an absolutely sensational dancer and choreographer who often dances/teaches at the Playground LA dance studio, although many people first caught wind of her when she danced for Justin Bieber during his Purpose World Tour.

Yes, she danced for Bieber and was amazing, but she definitely knows how to draw a crowd on her own. For example, here’s my absolute favorite clip of her dancing:

I wish I could dance with as much “suave-ness” as her. Seriously, she’s so smooth when she dances, and she makes it look so easy.

Not only is Delaney’s dancing good, but her choreography is just as remarkable. I personally think her choreography to BlackBear’s song “I Miss the Old You” is the best (my friend and I tried to teach ourselves the dance, but we just couldn’t pull it off, hah).

[*Skip to 1:48 to see my favorite dancer – he’s basically a guy version of Delaney*]

In all seriousness, though, I wish I could dance as well as these two. I’ve been dancing ever since I was 3, but they’re on a whole other level. I also highly encourage you to simply get lost in the YouTube world of Jade Chynoweth and Delaney Glazer dance videos… it’s a great way to pass the time. You’re welcome.