Kurt Russell Suits Up As Santa In Netflix's 'The Christmas Chronicles'! 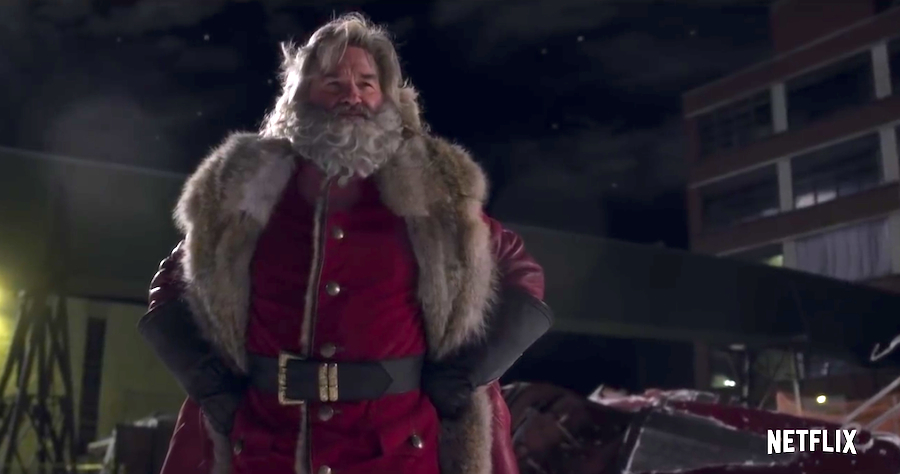 Okay. Now that Halloween is over, the Christmas Season is in FULL swing. Honestly, forget Thanksgiving. Turkey is a mediocre holiday meal and Christmas dinner is FAR superior to Thanksgiving dinner (I’m prepared to fight on this, there’s nothing better than Christmas ham). Though I do love getting the whole family together for Thanksgiving, it’s just not my favorite holiday overall. Honestly, if we’re going to have a huge meal surrounded by family, I’d much rather it be to celebrate Christmas. And for those of you who love Christmas just as much as I do, get excited because Christmas is but a short 48 days away! So, we are now in full preparation mode for Christmas. Which means, TIME FOR NEW CHRISTMAS MOVIES!!

Including the new Netflix original, The Christmas Chronicles, starringKurt Russell as Santa Claus himself. The trailer was just released and honestly it has me excited as heck.

So, let’s talk about this trailer. We start off seeing Kate (Darby Camp) sit in front of a camera on Christmas Eve, recording a message for dear Saint Nick. Her older brother, Teddy (Judah Lewis), sneaks in and grabs the camera while she’s recording to tease her.

Their mother suddenly gets called into work, leaving the kids home alone on Christmas Eve. Kate wants to set up the camera and see if they can get a clip of Santa when he comes to their home that night. “Nobody’s ever seen Santa Claus,” Teddy tells her. Well, later that night, it just so happens they see him.

They end up sneaking onto Santa’s sleigh while he’s inside a home delivering toys and record him secretly as he and his reindeer soar through the sky. When Santa finally notices them, the sleigh loses control and crash lands, destroying it and leaving it broken. Now, with half the planet at risk of not getting any toys, it’s up to Kate and Teddy to help Santa fix the situation. “People need Christmas to remind themselves of how good they can be,” Santa says. Together, they have to rally the reindeer, find the elves, and get back on track and save Christmas. They get in a whirlwind of scenarios, including getting involved in Grand Theft Auto and being arrested. Santa? A lawbreaker? Crazy!

Just based on the trailer alone, this film is bound to be full of hilarity and family fun. It reminds me of a mix of Home Alone andThe Santa Clause, and I CANNOT wait.

And the reason it reminds me of Home Alone totally makes sense!The Christmas Chronicles is produced by Chris Columbus, who directed Home Alone! (And Harry Potter, nbd). The film is also directed by Clay Kaytis. I personally LOVE the casting choice of Kurt Russell as Santa, and I can’t wait to see this all new take on our favorite guy in red! According to this Santa, the “ho ho ho” catchphrase is a total myth. WHAT?!