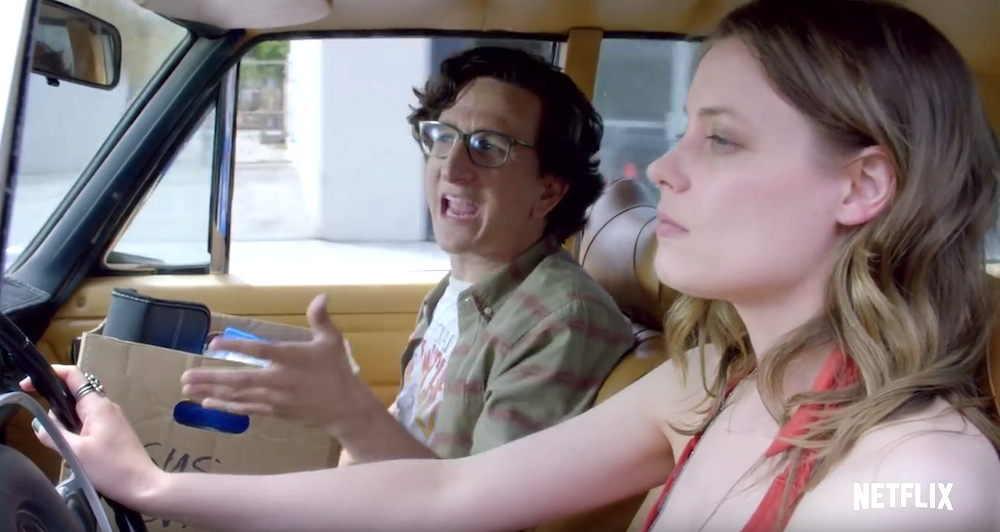 It feels like it’s been a while since writer, director, cameo actor, and occasional stand-up comic Judd Apatow has put something out. In recent years, Apatow is mainly known for directing feature films such as 40 Year Old Virgin and Knocked Up, but what you may not have known is that, in the late-'90s and early-2000s, the man was all about television with his shows “Freaks and Geeks” and “Undeclared”. Now, in the mid-2010s, Apatow is making his journey into television once again with a show called “Love” that will stream soon on Netflix.

Months leading up to the premiere of “Love”, not much was said or put out until a few weeks ago. Originally, the only description given about the show is that it is co-written and co-created by the husband and wife team of writer/actor Paul Rust (I Love You, Beth Cooper and the UCB theatre) and writer Lesley Arfin (“Girls” and “Brooklyn Nine-Nine"), as well as as Apatow, of course. The synopsis read as: “A program that follows a couple who must navigate the exhilarations and humiliations of intimacy, commitment, and other things they were hoping to avoid.” After months of not getting any other information, Netflix released this teaser a few weeks ago:

Much like a lot of teasers, I’m sure you’re saying, “Well, that did look cool, but what the heck is this show about? I’m still perplexed.” Luckily for you, just very recently did Netflix upload a full trailer of the show! Now you can actually see what it’s about and gauge for yourself if you like it (slightly NSFW):

I think there’s some pretty funny stuff there, so naturally I will be tuning in, and with a title like “Love”, something tells me the near-Valentine’s Day release wasn’t by accident. (Well played, Netflix. Well played.) If it really caught your eye, then take a look below at the links for the two main characters', Gus (Rust) and Mickey (Gillian Jacobs), personal trailers (slightly NSFW):

“Love” starts its two season order on Netflix on February 19 with all episodes of the first season premiering that day. Mark your calendars, Love Birds!