4 Reasons You Should Be Watching MTV’s "The Shannara Chronicles"! 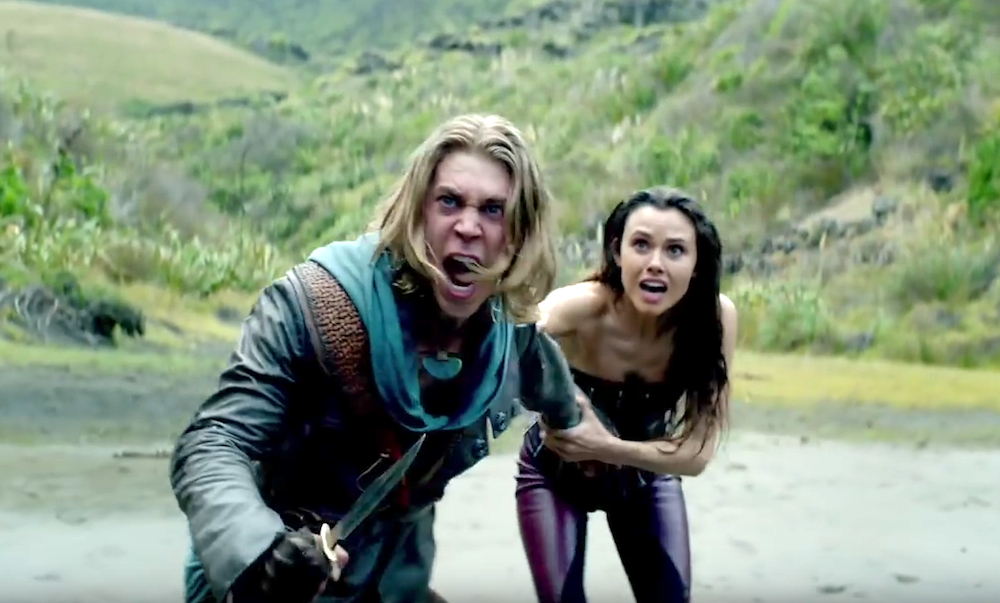 If you’re not watching "The Shannara Chronicles" already, you definitely should start. The show is based on the best-selling book series The Sword of Shannara Trilogy by Terry Brooks. There are actually 26 books in the Shannara series, with the first novel being released way back in 1977! The show was filmed on location in New Zealand, which captures the essence of our world thousands of years in the future.

Here are 4 reasons why you should check out the show!

This cast is definitely one for the books, including: Austin Butler, Poppy Drayton, Ivana Baquero, Manu Bennett, John Rhys-Davies, and many more. Even though the show is based around the idea of fantasy and different creatures, there are still identifiable characters, which draw you into the storyline. Each character possesses a different set of strengths and weaknesses, making it easy for the audience to relate to. Check out Austin’s character Wil!

Who’s going to save the Four Lands? It looks like it’s going to be up to Wil (Butler), Amberlee (Drayton), and Eretria (Baquero). There is A LOT going on, so you better pay attention. The show mainly follows the storyline of The Elfstones of Shannara, the second book that Brooks wrote. It’s going to be up to these three to protect the Ellcrys and keep demons out of the Four Lands. Did I mention that some of the characters are elves, humans, and half-human/half-elves? CRAZY!

MTV has stepped up their game for this show! It looks like it has been pulled straight out of Lord Of The Rings. As mentioned, the show was shot in New Zealand and shows a lot of different landscapes from the beach to the forest. It is visually stunning!

The show is absolute perfection -- if you love twisty plotlines, great acting, and breathtaking visuals, then enough said.

The show airs Tuesdays at 10pm and you can even watch the first two episodes on MTV’s YouTube Channel; the first season has 10 episodes. This is a show you should definitely check out!

What do YOU think of "The Shannara Chronicles"? Tweet us!