Inspirational Carrie Fisher Quotes to Get You Through 2022 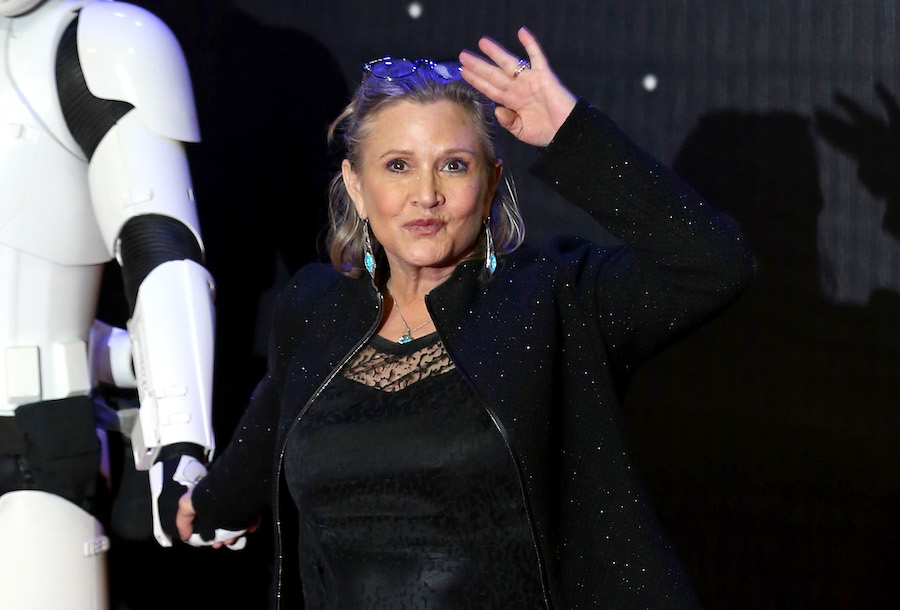 We can all agree that 2021 was a pretty rough year (to say the least). Today marks 5 years since the loss of Carrie Fisher as not only an actress, but as a novelist, screenwriter, mental health activist, and all-around beloved talk show guest. Over the course of her career, Fisher left us with many helpful tidbits (oftentimes as biting as Oscar Wilde’s advice, other times incredibly moving), many of which are sure to help us through these rather troubled times and inspire us to do our best in the coming year. Here are a few of Fisher’s best quotes to help inspire you in 2022:

On how to embrace joy: "I haven't ever changed who I am. I've just gotten more accepting of it. Being happy isn't getting what you want, it's wanting what you have."

On living with mental illness: “One of the things that baffles me (and there are quite a few) is how there can be so much lingering stigma with regards to mental illness, specifically bipolar disorder. In my opinion, living with manic depression takes a tremendous amount of balls. Not unlike a tour of Afghanistan (though the bombs and bullets, in this case, come from the inside). At times, being bipolar can be an all-consuming challenge, requiring a lot of stamina and even more courage, so if you’re living with this illness and functioning at all, it’s something to be proud of, not ashamed of. They should issue medals along with the steady stream of medication.”

On why we shouldn’t resent others: “Resentment is like drinking a poison and waiting for the other person to die.”

On how to be confident: “Stay afraid, but do it anyway. What’s important is the action. You don’t have to wait to be confident. Just do it and eventually the confidence will follow.”

On her fame from Star Wars:“You're not really famous until you’re a Pez dispenser.”

On Princess Leia's infamous slave bikini: "A giant slug captured me and forced me to wear that stupid outfit, and then I killed him because I didn't like it."

On there not being any underwear in space: "No matter how I go, I want it reported that I drowned in moonlight, strangled by my own bra."

We miss you, Ms. Fisher.