'Inglourious Basterds' Actor Tapped as 'Captain America' Baddie... But Which One? 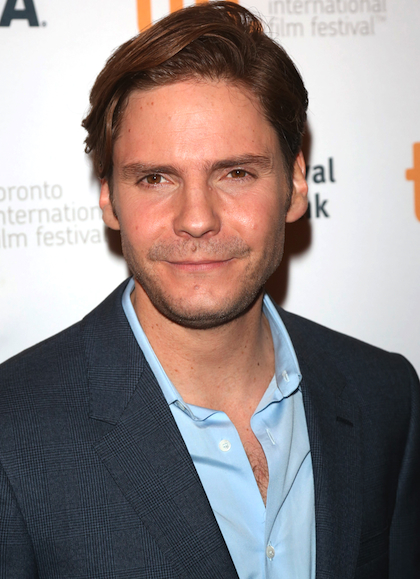 In the latest Marvel news, Captain America has a new foe to battle. In the third installment of the Captain America movies, entitled Captain America: Civil War, The U.S.'s premiere superhero will take on a brand new villain... whose name we do not know yet. However, we do know that it is a he, and that he will be played by Spanish-born German actor Daniel Bruhl. If the name doesn’t ring a bell, you may remember him as Fredrick Zoller, the arrogant Nazi war hero in Quentin Tarantino’s Inglourious Basterds. In that delightfully violent romp, Zoller was a decorated soldier who even had a movie made in his honor -- but he only had eyes for the sweet French girl (Melanie Laurent) who ran the cinema. Sadly for him, she was determined to kill off as many Nazis as possible (for these purposes, you must pronounce "Nazis" in Brad Pitt’s accent) and he was yet another casualty (not that it wasn’t deserved, as he was pretty much a giant jerk throughout the whole film). Bruhl played a delightful baddie who you wanted to see get taken down, and it was clear that he had great fun with the role. It will be interesting to see how much he will get to evil it up for Captain America.

The third installment of the film will focus on the Civil War storyline, a crucial part in Captain America lore that sees Cap pitted against his Avengers mate Iron Man/Tony Stark. We can assume that, at some point, Cap and IM join forces against Bruhl's villain, but just who will that be? There is certainly no shortage of villains associated with the Civil War storyline, and whomever Bruhl ends up playing in Captain America will reportedly go on to have a bigger role in the Doctor Strange movie. Top contenders include Baron Zemo, Doctor Faustus, The Wrecker, Geist (though he might be a little too similar to Bruhl's Inglourious Basterds character), Nitro, Mephisto, and maybe even the Red Skull (replacing Hugo Weaving).

Who do YOU think Daniel Bruhl will be playing?