In Defense of the Alphas: 3 Iconic Female "Villains" Who Deserve Some Respect! 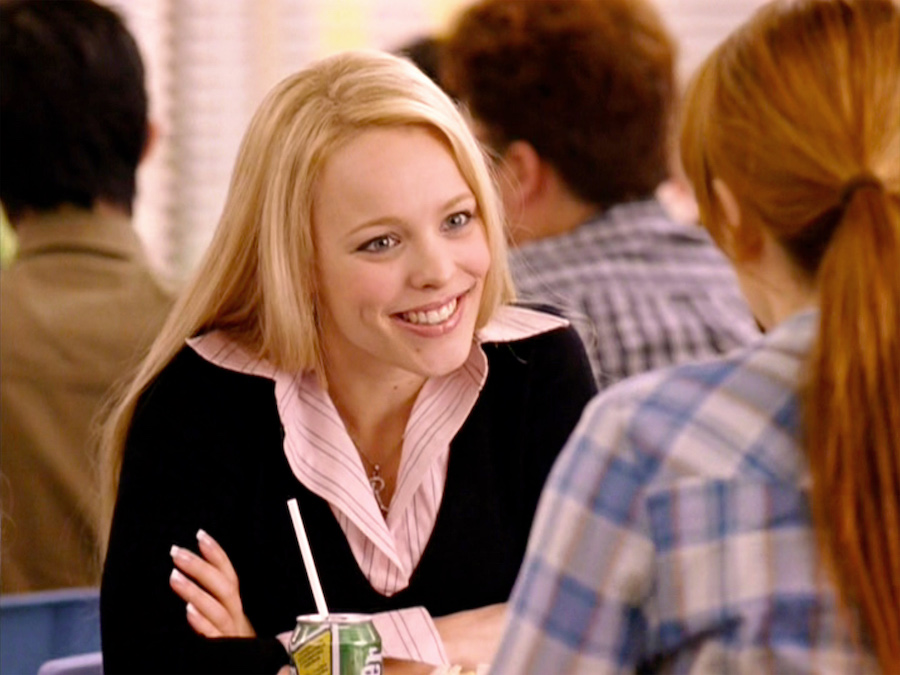 There was no one a mid-2000s film loved to villainize more than a spunky, spiteful blonde. We’ve all seen the moment she walks down a well-lit high school hallway, mini skirt swinging and hot pink flip phone in hand, and that Hollywood-induced hatred slowly creeps into our vision. We’ve been taught to hate these women, because there’s probably a brunette girl somewhere out there to call the blonde on her malevolent bluff. Relatability was at an all-time high. None of us were like the other girls – God forbid.

In the year 2023, I think it’s high time that we give our blonde terrors a chance at rehabilitation. What if we really looked at their stories, with a careful and open-to-anything eye, and found a different narrative altogether?

Ms. Evans has long-since been reclaimed by Disney with her mildly successful spin-off, Sharpay’s Fabulous Adventure, but in order to achieve a reclaimed status, Sharpay had to be knocked down a few hundred pegs. She had to become relatable, more silly than snarky, and her original character had to dim the shine down to a normal wattage.

This is a disservice to her original “Anything you can do, I can do better” attitude – Sharpay should have been marketed as a strong female figure, the feminist icon that we were all so desperately seeking when growing up. Sharpay Evans knew what she wanted and she was willing to do the necessary work to get there. While she learned a valuable lesson in sharing the spotlight, it is a Disney Channel tragedy that she was never given props for being a proper go-getter.

It’s no secret that Heathers isn’t meant to be viewed through a literal lens. Campy, dark, and full of ironic murder, Heather Chandler is a mean girl straight out of your worst nightmares. She is famously murdered by the bookish and brash main characters, Veronica Sawyer and Jason “J.D.” Dean, after she promised to ruin Veronica’s life at a party. Heather Chandler was not a character written to sympathize with.

Similar to Sharpay, Heather Chandler suffers from the “too much, never enough” mentality that women are often punished for – especially in the real world. Chandler is bold, she stands out among the crowd, and she demands the attention of the masses. Now, in order to really hone in on the ironic nature of the script, Chandler was never given specific character motivations other than keeping her popularity and power, but she still gives off an impressively commanding air. She teaches you to be unafraid of your own power.

I heard Regina George was hit by a bus, so I got hit by a bus… just kidding. However, is there anything more iconic than the scene where Regina George’s influence is spread far and wide? Regina is the mean girl in Tina Fey’s 2004 classic Mean Girls, the head “Plastic” that newcomer Cady Heron swears to take down alongside the quirky Janis Ian and Damian Hubbard. Not unlike Chandler, Regina has little to no sympathetic qualities when you first watch the movie.

However, Regina George teaches us to feel our emotions and be confident in who we are. Sure, she had wealth, means, and some loyal friends to back her up, but everything she did, she did with utter confidence. Regina was never afraid to take any risks, because she knew that the world would always follow willingly after her. While Regina George had to learn a hard lesson on kindness and what it means to be a good person, she sure had confidence down-pat.