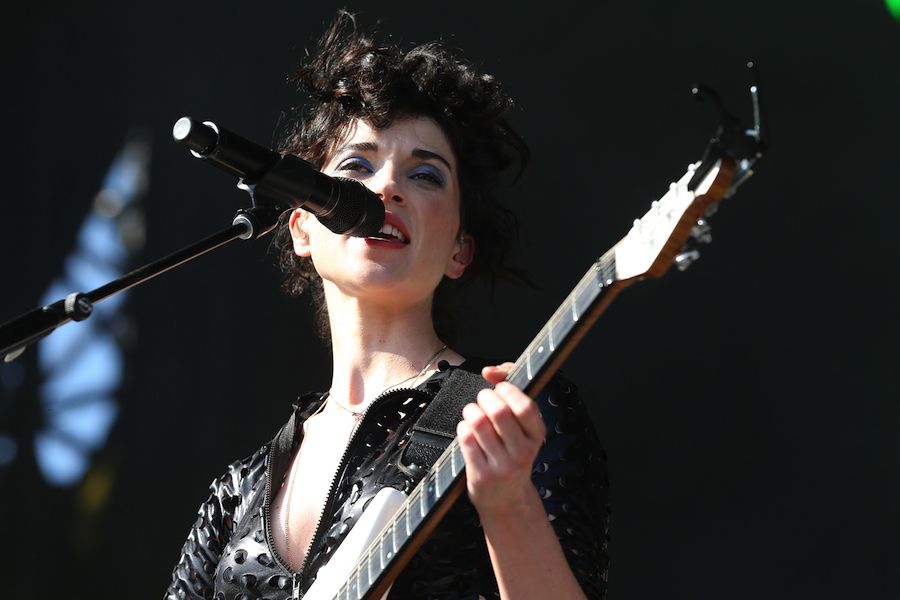 Sometimes things fall by the wayside and you miss them. We’re here to help you not miss them! Here are all the stories you may have missed this week:

It shouldn’t be any secret that Hollywood loves remakes and sometimes they like to take those remakes and make the girls into guys, and the guys into girls (I’m explaining in case you missed the past several years and as a result have not heard the term "gender-swap"). St. Vincent a.k.a. Annie Clark ([email protected]$$ guitarist) is trading in her guitar (it’s okay, she probably has a room full of them) for a director’s chair as she makes her feature film debut directing a gender-swapped adaptation of the only novel Oscar Wilde got published about a man who has a portrait of himself that ages while he stays vain, vapid, and eternally young (there’s more to it than that), The Picture of Dorian Gray. St. Vincent’s previous directing work was horror short entitled "Birthday Party", which can now be found streaming in a collection on Netflix called XX.

On top of that, Fox is in talks to do a gender-swap remake of the '80s comedy lead by the two biggest teen stars of the time, Corey Haim and Corey Feldman, entitled License to Drive. While I am not familiar with this movie, the plot is about a boy who fails a driver’s test and then decides to pull a GTA on his grandfather’s prized 1972 Cadillac Sedan de Ville to joyride around town. According to prospective writers Alish Brophy and Scott Miles, the gender-swapped remake is said by to be like a female Superbad, so it’ll be interesting to see if we actually just get a Superbad gender-swapped remake instead.

Rumors are swirling after a restaurant under construction, awaiting a new grand opening in Toronto, featured Drake’s OVO owl. Drake himself has yet to comment but everyone is freaking out over this. My aunt, who’s a year younger than me, is big on Drake. She told me that it’s known that he loves Cheesecake Factory (specifically the one in Beverly Hills), so it’ll be interesting to see if his new restaurant ends up basically being the TIDAL version of Cheesecake Factory.

Daniel “I’d slit my wrists if I played James Bond again” Craig recently confirmed he will in fact be playing Bond one last time. He understandably was left sour after his experience on the last film. He’s suffered a number of injuries shooting these movies and the last one really didn’t feature much for people to remember. Craig has said he wants to give fans at least one more good one and go out on a high note. Rumors of two more being in his contract have been thrown around but nothing seems to be totally confirmed on that front. Title and release for the next James Bond film have not been announced but expect it to come out sometime in 2019.

The craziness over Twilight and TheHunger Games may be over for most Americans, but it’s apparently alive and well in South Korea. The Koreans are dealing with these crazes better than we ever did and are getting a Lionsgate movie world theme park in their Jeju Shinhwa World resort. The park is scheduled to open sometime in 2019. It’s unclear if Lionsgate will look to make something similar in America, but a trend of international parks for movie companies from America but not making them in America (try to follow) seems to be catching on. Recently, 20th Century Fox has stated their plans to do the same internationally with a theme park and focus on Planet of the Apes and… Titanic (I’m more curious than anything about this one).