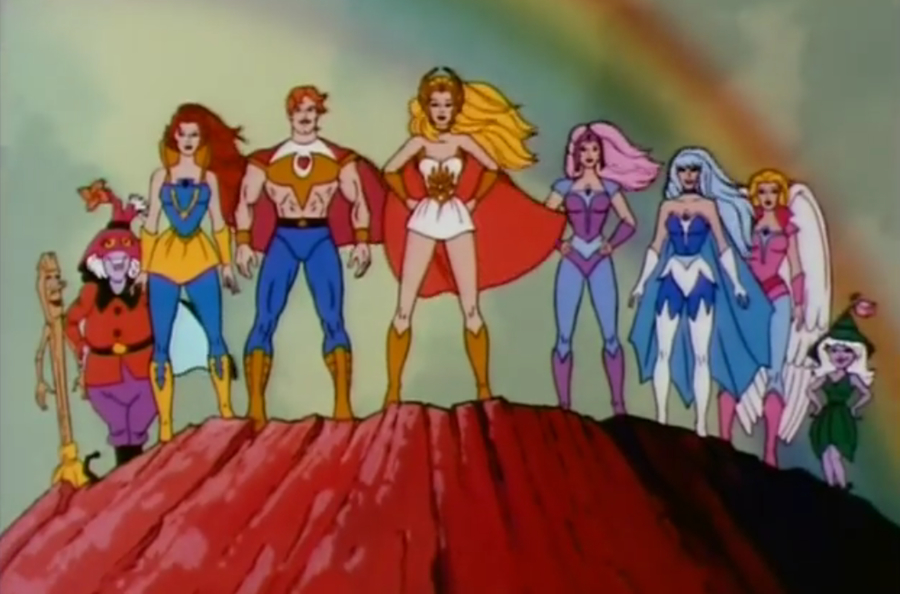 Wait... are there other things going on this week other than the Star Wars: The Last Jedi premiere? Turns out, yes!

Netflix and DreamWorks (ship name: NetWorks) seem to have always worked together to bring animated continuations series of popular DreamWorks movies to the small streaming screen. Recently, some new shows have been announced, and while it’s almost all geared for kids, there should be at least one that’ll get the nostalgia button pushed for some adults.

First, we’ll get out what’s new based on recent films to come out, though keep in mind all of these will be coming out at some point next year. First we have “Trolls: The Beat Goes On!” From the title, you can tell that this will continue what the original Trolls starring Anna Kendrick, Justin Timberlake, and that song Timberlake made about dancing for the movie that pretty much sums up what the movie is all about, having a good time in a glossy, poppy world. “Trolls: The Beat Goes On!” also has the distinct honor of being the only new DreamWorks/Netflix series to have a solid release date, which will be January 19, 2018. It’s also the only one that has a trailer:

After that, with the possibility of coming out at any time in 2018 are (and if you can’t guess what movies they’re from by the titles, I will reach through this screen and smack ya) “Boss Baby: Back In Business” and “The Epic Tales of Captain Underpants”. I won’t lie, I’m actually interested in checking out “The Epic Tales of Captain Underpants”, as the book series was a favorite of mine as a kid and a producer of another childhood favorite, “Animaniacs”, is involved. To round this out, there’s something not based on a movie from DreamWorks called “Harvey Street Kids” that involves a group of girls who have self-appointed themselves the guardians of their neighborhood. If a movie is in the works for that, then it’ll be news to us at a later time. Also there’s gonna be “She-Ra”. Wait, what?!

That’s right; pounding away at that nostalgia button for '80s kids will be a new “She-Ra” series. Sound familiar? If you’ve heard of “He-Man”, then you’ve had to heard of his twin sister “She-Ra”, who rivaled Wonder Woman in Princess Power and badassery. She rode a rainbow-winged Pegasus and wielded the magic sword of protection to transform from her ordinary self as Princess Adora to become She-Ra, where she would unleash all sorts of wreckage to foes in her way. Unlike Supergirl, another super-powered lady of today, She-Ra hardly ever needed help from her closest male relative to save the day, and she has her own planet, Etheria, to be the main protector of. Like the rest, “She-Ra” does not have a release date outside of 2018, but this will be one to look out for.

To keep with this trend right now, Netflix will also be getting a Frankenstein series that ironically stars that actor who dies in every role he plays, Sean Bean. (Seriously, look at this guy’s career. It’s like it’s in his contract that all of his characters have to die.) Since Bean is taking on the tale of a resurrected dead man, then this must be somewhat of an in-joke, right? Wrong. In fact, that series, entitled “The Frankenstein Chronicles”, is a retelling of the classic Frankenstein story in a very intriguing way. Bean plays Inspector John Marlott, who, after uncovering a corpse made up of eight different children, sets out to find the person responsible for creating it.

This takes place at the time Frankenstein was written, but Frankenstein does not become reanimated like in the classic tale. In fact, actress Anna Maxwell Martin plays Frankenstein author Mary Shelley, so the series is in fact it’s own thing, straying from science-fiction horror to an actual crime thriller, but the chance of the supernatural could always be present since it’s old-timey and British. “The Frankenstein Chronicles” is also coming to us late, as it first aired its first season made up of six episodes over in the U.K. back in 2015. Season 2 wrapped up airing another six episodes just a few weeks ago. While I’m not sure when Season 2 will hit Netflix, I am also not sure of when Season 1 will either. Since both seasons have aired across the Pond and are already in English, I expect this to be drop early next year:

Hey what do you know? The first episode is on YouTube!

Comedian and occasional dramatic actor Seth Rogen will be playing legendary news anchor Walter Cronkite in a drama based on the true event of Cronkite reporting the assassination of former President John F. Kennedy on November 22, 1963. David Gordon Green, who previously directed Rogen in Pineapple Express, will direct this film entitled Newsflash. Green is a man also known to jump between comedy and drama as a director, however he does more dramas while Rogen does more comedy. The two share a mutual friend in Danny McBride, who is taking leave from his own usual comedic sensibilities and writing the script for the newest Halloween, with Green also attached to direct.

But enough about Green -- how about Rogen playing Cronkite? Whether you know the late Cronkite from his news reports or just simply from his name, then you know he was a well-respected and serious broadcast journalist. Something about Rogen being cast as him makes this feel like we’re living in some weird alternate future and I couldn’t be more grateful. Within the past decade, Rogen has been in dramas like Take This Waltz and Steve Jobs where he played real life Apple co-founder Steve Wozniak. It’s safe to assume Rogen wants to do more work like this, and while I’m sure he’ll never turn his back on comedy, maybe something like Newsflash is just what he needs to push himself to the acting standard in which he wants to be recognized. Only time will tell with this one, but it’s got me curious to see how the thing will look when it hits theaters.

Rumors of actors like Mark Ruffalo and Bryan Cranston joining the cast are circulating but right now only Rogen and Green have been announced. What that means is, if you think anybody has any knowledge of a release date, then "newsflash"! No one does…

Being honored in 2018 by the Rock and Roll Hall of Fame are the new inductees Bon Jovi, The Cars, Dire Straits, The Moody Blues, Nina Simone, and Sister Rosetta Tharpe. The official date hasn’t been announced for the 33rd annual ceremony, but like usual it will play on HBO and SirusXm Radio.

“Roseanne” – 15 seconds and not much to go off from, but people seem excited! Coming back on March 27.

The Polka King – I like fun comedy, funny accents, and true stories!

Bright – Does… does… does Will Smith have a magic wand?