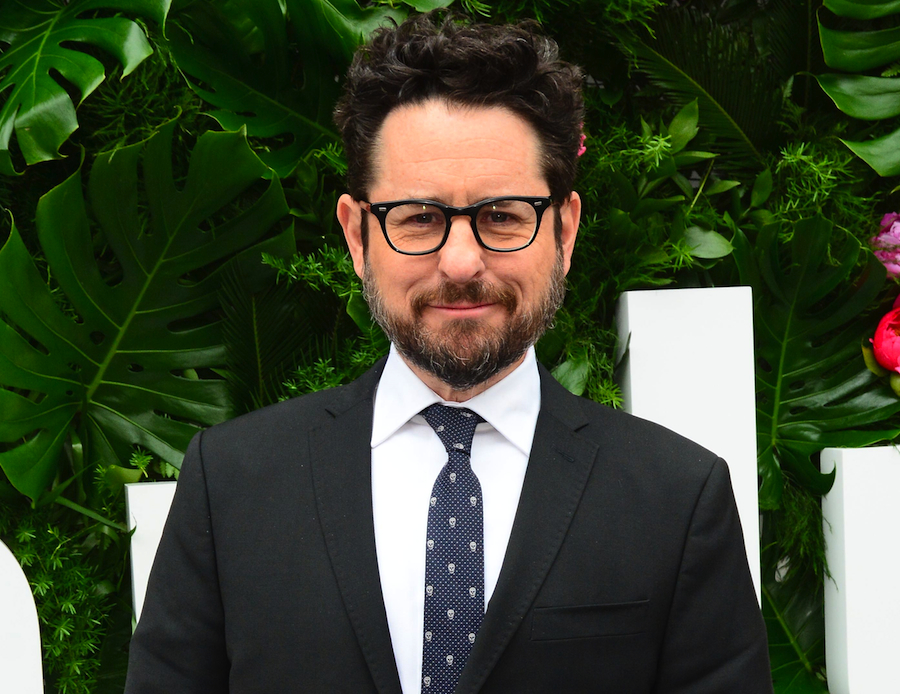 What?! North Korea and South Korea competing together in the Olympics?! The Olympics are actually happening?! And then some very vague things happening below with some more specific things following. Let’s get the vague stuff out of the way first while I try to remember what sports are actually played in the Winter Olympics. Like gymnastics, wrestling and basketball are all inside sports at professional levels… so are they a part of it? Oh well, let’s get on with it!

Alright folks, we got a few of these this week, so rather than give them the two sentences each deserve, let’s lump them together!

J.J. Abrams is returning his sights to TV. While he’s known as not really doing much on “Lost” but getting lots of credit for it, he did in fact create and run the hit show “Alias” starring Jennifer Garner. Since then, we all know about his adventure into blockbuster sci-fi movies with multiple companies, but now it seems this Bad Robot has got himself a deal with Warner Bros. for a new TV show. The tagline we get for it as quoted from Deadline: “Written by Abrams, the untitled project is said to center around a world's battle against a monstrous, oppressive force.” With no release date or any other details about… whatever this is… there’s a lot of room for imagination because it sounds like every serial that’s every been made from “Flash Gordon” to the new era of shows that owe most of their influence and formula to “Buffy the Vampire Slayer”, who in turn owes theirs to “The X Files” since it was made as an anti-version of that.

Then there’s Disney putting out this gem of a synopsis for the new Solo: A Star Wars Story: “Board the Millennium Falcon and journey to a galaxy far, far away in Solo: A Star Wars Story, an all-new adventure with the most beloved scoundrel in the galaxy. Through a series of daring escapades deep within a dark and dangerous criminal underworld, Han Solo meets his mighty future copilot Chewbacca and encounters the notorious gambler Lando Calrissian, in a journey that will set the course of one of the Star Wars saga's most unlikely heroes." While there’s more here than the WB and Abrams gave us, this isn’t too ultra specific either. To top it off, there’s still no trailer for this Ron Howard film coming out on a fast approaching May 25. Hopefully this is a sign that more will be coming out soon so we can finally get a peek at this very divisive Star Wars spinoff.

Lastly, rapper Gucci Mane took to Twitter to divulge that his autobiography, entitled The Autobiography of Gucci Mane, which came out only a few months ago this past year and is a great read actually, will be made into a movie… by him. With the hashtags #1017Film and #DirectorGuccimane, it seems he’ll have his own production company and will direct the film. No word on release date or anything else at all at this time. We’re not even sure if Gucci will return to the screen after his acting stints in Spring Breakers and his own short film "The Spot". The guy literally tweeted out the news and that’s all because that’s what Gucci does.

Between Netflix starting the trend and now Facebook doing it as well, making original shows seems to be the thing to do. Heck, even Starbucks has some sort of a show I’ve seen promoted at my shop but have yet to view. Naturally, Apple is setting their sights on the TV-making game. While to some this may be old news, since Apple has recently made “Carpool Karaoke”, what’s new to everyone is that they are now looking to make scripted content.

Enter producers Kristen Wiig and Reese Witherspoon with an upcoming comedy show starring Wiig. While we don’t know much about the series, entitled “Hello Sunshine”, we do know that it’s based on a collection of short stories called You Think It, I’ll Say It by Curtis Sittenfeld, who will have a consulting producer credit on the show. The problem with that is, this book isn’t even out yet… Yup. It’s due out April 24, 2018, so what this is about is anybody’s guess. Along with this vague show for Apple comes plenty of others, with Steven Spielberg’s Amazing Stories, Ron Moore’s untitled space drama (at least we get a genre there), “See” a drama that is supposed to have world building in some fashion from Steven Knight and Francis Lawrence, and a docuseries entitled “Home” from Matthew Weaver and Matt Tyrnauer.

It’s been reported that Apple has put an insane amount of investment into their original content experiment, with costs expecting to reach close to $5 billion by 2022. Will it all pay off? I guess we’ll see now between 2022 since we have no information on release dates for any of these projects.

Much like the internet, it’s hard for me to remember a time before “The Walking Dead” TV series existed. Since its first season, the show has had its run-ins with showrunners and subsequently getting rid of them faster than they have killed off beloved characters. With Season 8 yet to conclude and Season 9 on the horizon later this year, the show has shaken things up again and promoted current writer Angela King, who has spent most of her writing career almost exclusively working on “The Walking Dead”, as the new showrunner. She will replace former showrunner Scott Gimple who has had the longest stint, serving the job since 2013. With ratings dropping but a premise that could last forever, it’ll be interesting to see how long King lasts as the showrunner.

In case you haven’t heard, that channel that plays “Cops” and “Bar Rescue” reruns called Spike disappeared on January 18. It is now known as the Paramount Network and is said to feature some of the staple Spike shows (hopefully “Cops” and “Bar Rescue”) as well as their own original shows. Among those upcoming shows is a TV series version of an '80s movie starring "Stranger Things"’s Winona Ryder called Heathers.

“Heathers” the series will update its dark high school comedy plot from the '80s to today where characters fit more into the archetypes of our present-day labels, while also poking fun at said labels and culture. It also appears to follow beats from the original movie, but as evident from different trailers and TV spots seems to stray away or add to them. Premiering on March 7, this’ll certainly be one to check out. It also gives you plenty of time to check out the original film Heathers, which currently streams on Netflix and Hulu.

Tomb Raider – While some try to forget the Angelina Jolie version from over a decade ago, it looks like Warner Bros. is aiming to wipe the old one out of existence with Oscar-winning actress Alicia Wikander. It’s also less than two months away! Here’s the new trailer:

"Marvel’s Cloak & Dagger" – What week is it without a Marvel or DC-related trailer?

"The Handmaid’s Tale" Season 2 – My girlfriend likes this show and it's won pretty much every award it's been nominated for. That’s all I know. Seems cool, though:

Show Dogs – Will Arnett’s career gets a little weirder.

Traffik – I’m confused yet intrigued. The bikers come off as racist but then they want a phone back and that’s all? Who spelled the title of the movie? All those questions will be answered on Apirl 27!

Beirut – Fun fact, I met a girl from Vermont who referred to beer pong as Beirut. This movie might not be about beer pong though...

"Everything Sucks!" – But according to most hipsters, everything was great in the '90s!