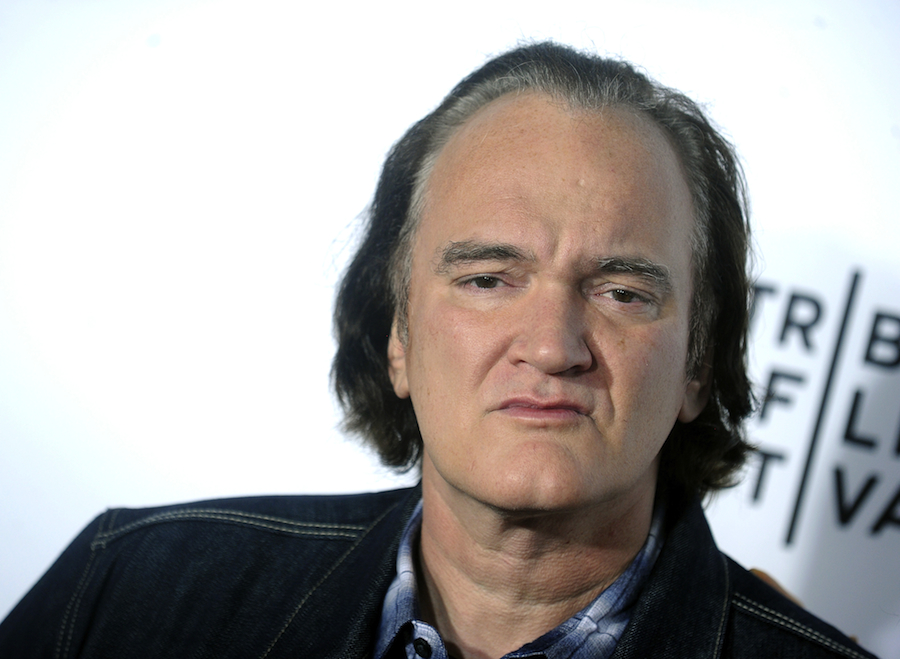 It’s been kind of a whacky week announcement-wise for upcoming projects people have either been waiting on or didn’t know they were waiting on. In case you missed them, here’s the big three in my opinion!

This one has been a long time coming. By long time, I mean six years. That’s right, Season 8 ended in 2011 and Jeff Garlin has said he knew the show was done since it was the first time that creator and star of the show Larry David said he had a great time making it and would love to come back. Word of a ninth season going into production is old news at this point, but no release date was ever announced. It is now confirmed when it’s coming back in the video below:

In case you missed the subtle date drop at the end, then I’m happy to inform you that “Curb” Season 9 will premiere on October 1! What’s going to happen? I have no idea. Nobody does… well, aside from the people making it. Does the Caeser outfit have anything to do with the show? Only one way to find out… tune in on October 1!

Marvel fan favorite that has inspired a semi-popular online grassroots campaign to be included in the MCU seems to be taking that next step. That’s right, Squirrel Girl will be brought to live action! Originally her birth into the MCU was pitched by fans as a film by Edgar Wright with Anna Kendrick starring as Squirrel Girl. Well, those dreams were dashed recently, but not for the worse by any means.

Coming out in 2018, Freeform will release a show called “New Warriors” from Marvel, and in its lead will be none other than Squirrel Girl, played by Milana Vayntrub, who is best known for being the AT&T Girl. A friend of mine did lay out for me recently that the first Squirrel Girl story he ever read involved 15-year-old Squirrel Girl getting her first kiss; Vayntrub being 30 rules out something like this occurring on "New Warriors", but the same would be true if Kendrick had played her instead.

If you have never heard of this superhero, then you are in for a treat. She not only has the usual superhuman strength, speed, and agility common among other superheroes, but her powers include communicating to squirrels, razor sharp claws, retractable knuckle spikes, and a freaking squirrel tail! Marvel writer Will Murray created this seemingly whacky character out of a desire to make a more lighthearted superhero since things were getting pretty dramatic in most comic storylines at the time of the early-'90s.  But don’t let the description fool -- Squirrel Girl, along with her squirrel sidekicks Monkey Joe and Tippy-Toe, kick some serious butt. She and Monkey Joe even laid a beat-down on Doctor Doom to set a captured Iron Man free.

A slew of other heroes will appear in the show that I’m not totally aware of, including Mister Immortal, Night Thrasher, Speedball, Microbe, and Debrii. It’ll be interesting to see how “New Warriors” turns out. There is no release date as of now other than 2018.

In a turn of events that I did not see coming, Tarantino is taking what seems to be his nearly decade-old obsession of making movies set in the past to the late-'60’s… the 1960s, that is. Before getting into it, this surprises me since he’s a known western fan, has made two so far and seemed like that would be what he was going to continue doing, if not go further into the past, like Medieval Tarantino, which I still want to see someday.

This time, Tarantino will make a film about the night many people have said heralded in the end of the Hippie Era -- the night a group of brainwashed band of misfits in a cult were manipulated by their leader to kill several people, including actress Sharon Tate. This is, of course, the story of the Manson Family, lead by Charles Manson. If you’ve never heard of Charlie and his so-called family, then I pretty much laid it out for you up there that he convinced other people to kill for him. Manson himself has an interesting history, including having been a failed musician who also become friends with Beach Boys member Dennis Wilson, who has been accused of stealing songs from Manson, namely “Never Learn Not to Love”, but also provided Manson with recording sessions and connections to producers. Below is the Beach Boys song followed by the Manson version said to be reworked and ultimately stolen by Wilson; you be the judge:

Seeing that none of this panned out well for Manson, and the fact that he himself would be certifiably insane if he wasn’t such charismatic, pathological liar who could convince people to kill for him, Manson set out on other plans. He began teaching his followers about an upcoming race war that they needed to personally jumpstart. One of his biggest influences for his beliefs was the song “Helter Skelter” by The Beatles, which he said had direct references to the incoming race war of the '70s. Will any of this being Tarantino’s movie? Hard to say. The most interesting thing about Manson is that he has never actually, personally killed anyone himself (that we know of) yet sits in prison for manipulating others into doing it. He’s also actually credited for “ground breaking” ideas on the green movement and is surprisingly seen as one of the founders of it. Terrible, garbage person but interesting man. Definitely sounds like Tarantino's jam.

The Manson Family story has been covered in numerous past films and documentaries, but none of them really have longevity behind them. They’ve never been seen as particularly good or even engaging, but the story itself has sort of a cult following, so it’ll be interesting to see what Tarantino does with this. As for casting, there have been rumors of Brad Pitt and Jennifer Lawrence, however neither has been announced for sure or even hinted at what roles could be in the works for them. I personally have always seen Shia LeBeouf as the perfect Charlie Manson, but I doubt we’ll see him.

No release date has been announced for Tarantino’s Manson Family movie.