ICYMI: Everything We Know About Brie Larson's 'Captain Marvel' (So Far)! 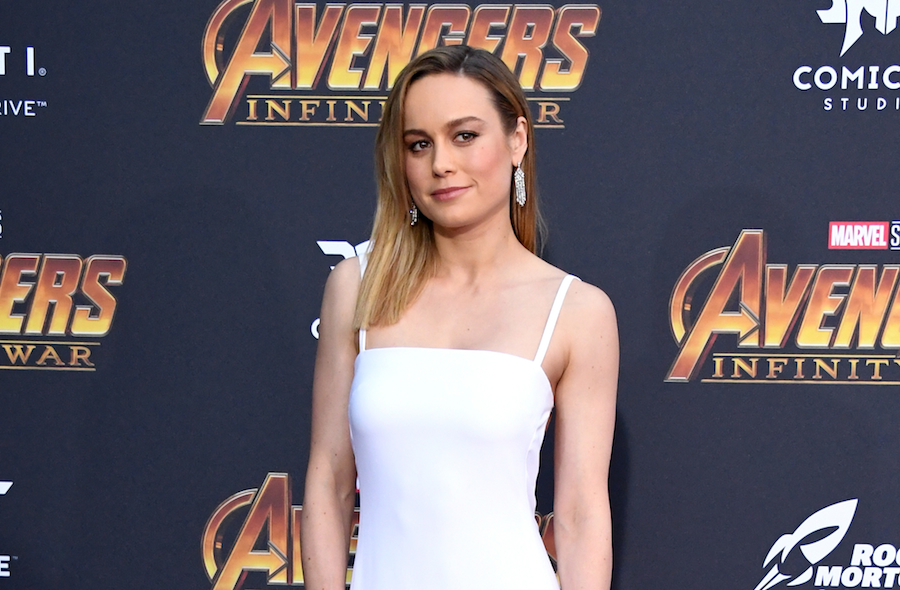 Ever since the post-credits scene in the mega Marvel mash-up Avengers: Infinity War, fans everywhere have been dying to get their first look at who Samuel L. Jackson’s Nick Fury sent a distress signal too via his intergalactic pager. All we got was a symbol, but those that are savvy in the world of comics (and who have been paying attention to the entertainment industry) knew exactly who may come in and save the day. But before the events of the fourth Avengers movie hits screens in the early summer of 2019, Marvel Studios will take audiences back to the '90s with their first solo female-led film featuring Brie Larson in the titular role of Captain Marvel.

The anticipation for the Oscar-winning actress’s first superhero role is at an all-time high, and for months fans have been vying for a glimpse at what they’ll get when the film comes out in March of next year. And once Larson knew the first glimpse was on its way, she decided to take things up a notch and attempt to "break the Internet" by first teasing fans on social media that something big was coming...

Larson has a win for Best Actress at the Academy Awards for her exemplary performance in Room and looks to now take her talents to the Marvel Cinematic Universe as fighter pilot Carol Danvers. The character is half-alien/half-human and has an insane amount of superpowers. Some would argue that she is one of the most powerful beings in the comics, and now she will be bring that character to life for the first time on the big screen. The character of Carol Danvers AKA Captain Marvel was first showcased to the world via the cover of Entertainment Weekly where Larson looks stunning as the newest MCU hero.

The future is female! Here’s your exclusive first look at @BrieLarson as @CaptainMarvel, the galaxy’s newest — and most powerful — star: https://t.co/EKfHhGIhUapic.twitter.com/xhD00bdfF0

The film, which I already mentioned takes place in the '90s, will occur before the events of earlier Marvel films such as Iron Man, Thor, and Captain America: The First Avenger. Not only will we get to see the origin of Jackson’s character Fury, as well as his eyepatch, but we will also be introduced to the Skulls, a race of aliens that plan to invade Earth and will be the main villains of the picture. We will also get to see how Larson’s Danvers goes from hotshot pilot to intergalactic superhero.

The film also sees the return of “Agents of S.H.I.E.L.D.” star Clark Gregg reprising his role as Agent Coulson, who was a major player in the first phase of Marvel’s Cinematic Universe. The rest of the players in this film include a solid list of players: Ben Mendelsohn, Djimon Hounsou, Jude Law, Gemma Chan, Lee Pace, and Annette Bening, all of whom can be seen in the thrilling first images released for the film.

Now while this didn’t exactly break the Internet, it definitely caused quite a ruckus, as fans everywhere can’t stop talking about Captain Marvel. Fans were thrilled with this sneak peak and cannot wait for the film’s first trailer to finally drop. The female superhero is definitely having a positive impact with fans, and her addition to Marvel’s impressive lineup of films is long overdue. There are many iconic heroes that are household names that even the most out-of-touch individual knows who are wearing which cape, but Captain Marvel and most female superheroes are not on that list. That looks to change, as Larson will be bringing everything she has to the table when she takes Captain Marvel off the glossy colorful pages of Marvel comics and onto the silver screen.