ICYMI: All the Beautiful People Cast in Denis Villeneuve’s 'Dune' Reboot (So Far)! 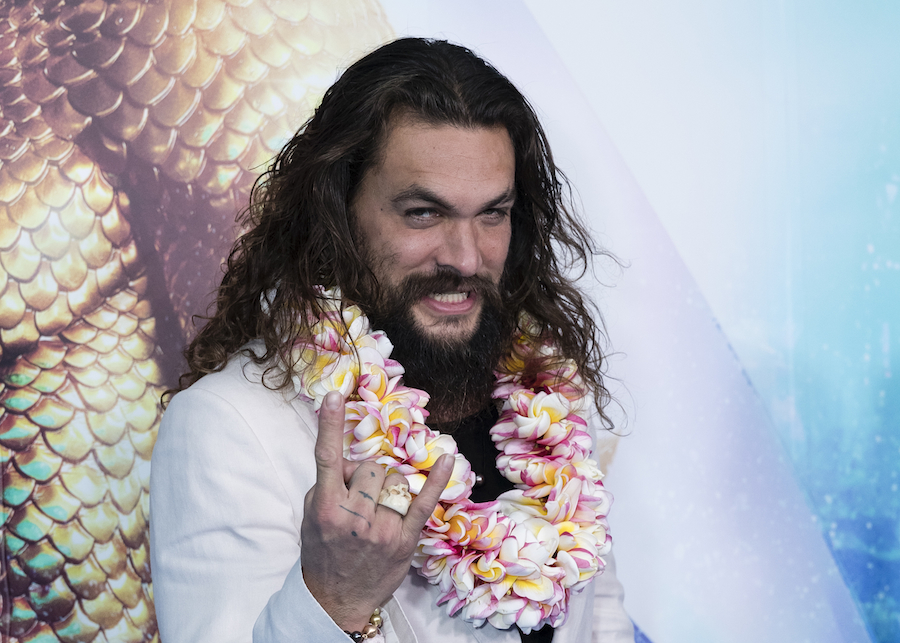 I’d like to think of myself as a serious film buff, so when I say thatDenis Villeneuve is one of the best directors in the game right now, you should do yourself a favor and binge his entire library. And trust me on this one, you will not be disappointed. The man has helmed such amazing projects asPrisoners, Sicario, Arrival, andBlade Runner 2049, all of which have received Academy Award nominations and serious critical acclaim. But none of these next-level films compare to his latest endeavor that he claims will be "Star Wars for adults", will probably take 2 years to shoot, and will span 2 films, possibly more. Villeneuve’s next project will be a reboot of the sci-fi classic Dune.

The story takes place on the planet Arrakis, also known as Dune, where it is the only place to find a spice called Melange, which is the most valuable commodity in the universe. Five noble families are in constant conflict over the control of the extremely harsh desert planet, and the story sees one of the Duke’s sons start an uprising against his father’s evil nemesis. This out-of-this-world tale is from the pages of the world-renowned 1965 science-fiction novel written by Frank Herbert. It was first adapted for the silver screen in 1984, directed by David Lynchand starring Kyle MacLachlan. Then in 2000, the SyFy network turned the beloved property into a miniseries. And now it will the next title added to the already impressive filmography that Villeneuve has created. The only thing more impressive then that is the lineup of all-stars the filmmaker has assembled to bring his version of Dune, which will be very different from all the others, to life.

Timothée Chalamet has been making a name for himself in recent years. He received an Academy Award nomination for his role in 2017’s Call Me By Your Name, was solid in Greta Gerwig’s indie gemLady Bird, and received a Golden Globe Nomination for his performance in Beautiful Boy. Chalamet will be the main protagonist in the new Dune film, taking on the role of Paul Atreides, who leads a revolution to reclaim his father’s inheritance. This will be the young actor's first leading role in a huge blockbuster, a make or break moment and all signs are pointing to him coming out on top.

From her debut in the British TV hit “The White Queen” to her scene-stealing run in the recent Mission Impossible films as Ilsa Faust,Rebecca Ferguson has established herself as a force to be reckoned with in the industry. She is set to continue her extraordinary rise to stardom withMen in Black: International and the highly-anticipatedThe Shining sequel Doctor Sleep. And now she is taking her talents across the galaxy to portray Paul Atreides's mother, Lady Jessica. She will persuade her son to seek allies for the upcoming uprising. Ferguson is amazing and a solid action star. Villeneuve’s lucky he got her when he did because it has to be just a matter of time before she’s headlining three pictures a year. I mean, it seriously just has to be a matter of time, right, Hollywood?

Coming from the hard-hitting world of WWE, Dave Bautista has since made the transition into a solid actor. He has appeared inSpectre, the Guardians of the Galaxy films, andAvengers: Infinity War. In the MCU, he plays the galactic warrior Drax, who is a great balance of badass action and humor that has resonated well with fans of all ages. This will be the second collaboration between Bautista and Villeneuve, as the larger-than-life actor played a replicant in Blade Runner 2049. He also starred in the accompanying short film "Nowhere to Run". Bautista is reportedly playing the character of Glossu “Beast” Rabban, the dimwitted, sadistic nephew of the Baron Harkonnen. He assists in the takeover from Atreides's family, so Bautista will be taking on the role of a bad guy in this one. I can’t tell you how excited I am to see Bautista back in a villain role, especially within Dune’s unique setting.

After being a major player on the Disney Channel, Zendaya has proven she is more than ready to become the next best thing in the movie game. She has broken out and become super popular since her roles in The Greatest Showman and Spider-Man: Homecoming. She will reprise her role of MJ in Spiderman: Far From Home and will star in HBO’s “Euphoria”. She will also be playing Paul Atreides's love interest in the Dunereboot. Her character, Chani, trains alongside Lady Jessica and her son Paul in the Arrakis Desert after the noble family was forced to flee. It will be nice to see Zendaya finally get some action and it will be in the wondrous world of Dune. I like this casting a lot and am very excited to see how she fares when it is all said and done.

Javier Bardem is one of the most exciting actors out there today, and he is more than excited to be working with Villeneuve on the Dune project. If all falls into place, he will portray Stilgar, who is the leader of one of the Fremen communities on the planet Arrakis called Sietch Tabr. He meets up with Paul Atreides and Lady Jessica when they are on the run. Bardem is a straight powerhouse when it comes to movies, having such hits on his resume as Skyfall, Vicky Christina Barcelona, Loving Pablo, and No Country For Old Men. Bardem is usually fantastic in whatever film he is in, and the fact that he is enthusiastic about the project proves this is a perfect match all around.

The film’s main protagonist, Paul Atreides, has a father named Leto, andOscar Isaac looks to be stepping into that role for the Dune reboot. The Duke of House Atreides is one of the leaders of the five noble families described in the novel. Isaac is a solid addition to the cast who has shown his incredible acting chops with so many great performances. His epic list of films includes Annihilation, Inside Llewyin Davis, Ex Machina, and the Star Wars Sequel Trilogy. Before he heads to planet Dune across the universe, he can be seen later this year in The Addams Family, Triple Frontier, and Star Wars: Episode IX. Isaac is one of the industry's best right now, and my personal favorite role of his is 2014’s A Most Violent Year; if you haven't seen it, you should really check it out. it’ll help tide you over untilDune and his other films come out.

2018 was a huge year for actor Josh Brolin. He portrayed not one but TWO Marvel Universe villains: the time-traveling badass Cable in Deadpool 2 and then Thanos in the mega-mashupAvengers: Infinity War. He also reprised his role in the sequel to Denis Villeneuve's Sicario, titled Sicario: Day of the Soldado (which Villeneuve did not helm,Matt Graver did). He’ll collaborate once again with the Villeneuve on Dune playing Gurney Halleck, the Warmaster for the Atreides family and mentor to the main character Paul. He aids the family once they are overthrown. This role was previously portrayed by a young Patrick Stewart so it will be interesting to see how Brolin’s take on the character goes.

ActressCharlotte Rampling may not be a household name, but she has definitely made an impact in the world of cinema and television. In 2016, her performance in 45 Years as Kate Mercer garnered her a nomination from the Academy Awards, and she received a Golden Globe nomination in 2017 for her role in the BBC series “London Spy” as Frances Turner. Rampling's line of work also includes “Dexter”, “Broadchurch”, and Red Sparrow. All of this makes the fact that she has been cast in the Dunereboot all that more exciting, especially when you find out which character she’ll be playing. Reverend Mother Mohiam is a soothsayer for Emperor Shaddam IV. She is capable of manipulating people’s emotions and can determine people's intentions as well as if they are lying. Given her work history, this casting seems perfect.

Since Khal Drago died at the end of Season 1 of “Game of Thrones”, the reign of Jason Momoa slowly began. He has now reached pinnacle status with his solo DC film Aquaman, which is now the highest grossing  DC film ever made. And he accomplished the goal of bringing DC comics' biggest punchline into a certified underwater powerhouse, so there really isn't much he can't accomplish once he puts his mind to it, it would seem. Momoa is in talks to play Duncan Idaho in the Villeneuve-ledDune reboot. This seems very fitting, given the character is a skilled swordsman who is very loyal to House Atreides. Momoa clearly has the skills and talent to bring this character to life. Idaho is the only character to appear in all 6 of Frank Herbert’s original Dune novels, so that, along with Momoa’s franchise power, could mean audiences seeing more of him depending on how successful the first one goes.

Stellan Skarsgard probably has the longest resume of everyone on this list. He is most notably known for theMamma Mia! films, Good Will Hunting, and for playing Erik Selvig in the Marvel Cinematic Universe. His character made appearances in 2 Thor films and 2 Avengersfilms. Now he has been tapped to play Baron Harkonnen inDune, the film's main bad guy. He takes control of the planet Arrakis after a series of events that he invokes, which causes Paul Atreides and Lady Jessica to flee. Skarsgard ended up being the villain in 2011’s The Girl With The DragonTattoo film, and he was very terrifying and sinister. Armed with an impressive resume and ability to portray pure evil, Skarsgard is more than qualified to bring his Dunecharacter to the screen.

Fans will recognize actor David Dastmalchian from his work in the popular Ant-Man films and 2008’s Academy award-winning film The Dark Knight. He can be most recently spotted in the hit Netflix suspense film Bird Boxas one of the creature’s possessed psychopaths. He looks to continue his villainous run in the Dune reboot, as he will be working for the film’s main antagonist Baron Harkonnen. He will play Piter De Vries, who is a Mentat -- someone who has been trained to perform mental functions just like a computer. His character also creates a poison that stays in a person’s body for years, requiring an antidote to be administered on a regular basis in order to survive. So a creepy robot wizard man that makes evil potions? Yeah, I think he’s got this one. Not only is this a fitting choice because of Dastmalchian’s acting ability, but this will be the third time the actor has worked with Villeneuve. He was previously in Prisoners and Blade Runner 2049.