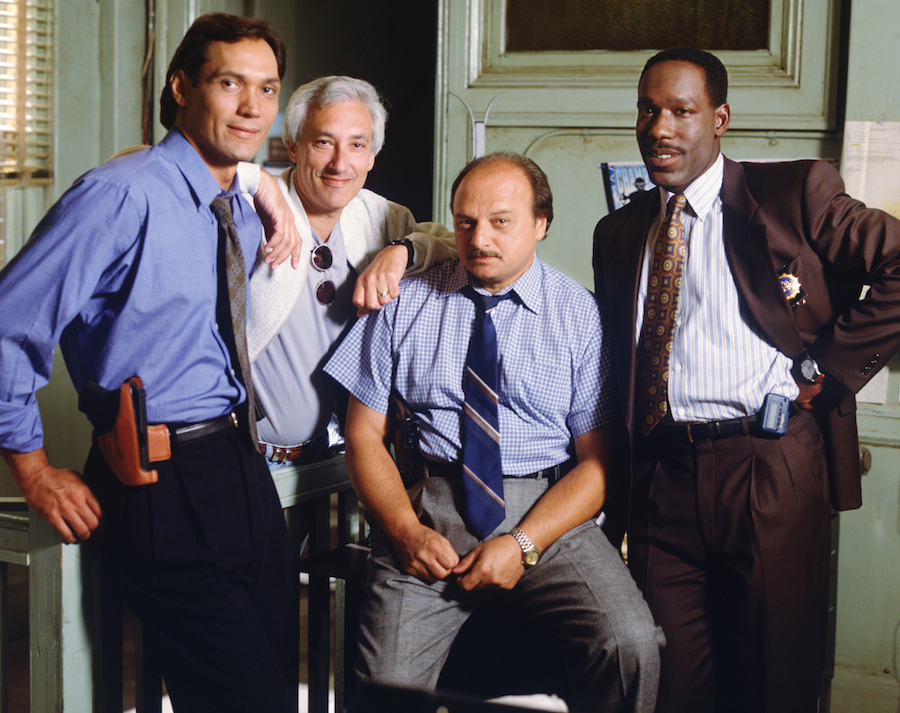 If you were devastated by the end of the show “NYPD Blue” in 2005, I've got some good news and some bad news.

The Good News: ABC is planning a reboot-via-sequel!

The Bad News: It looks like they’ll be killing off an favorite character as part of the plot of this new show.

The plot of the NEW “NYPD Blue” is set to follow Theo Sipowicz, a uniformed police officer trying to earn a promotion to detective as he investigates the murder of his father, Andy Sipowicz, who was on the original series and played by 4-time Emmy Award winnerDennis Franz.

This new reboot will be a co-production between ABC Studios and 20th Century Fox Television. 20th Century Fox produced the original series, which ran for 12 seasons on ABC, and racked up a total of 84 Emmy nominations. It was also famous (or infamous?) for being the first primetime network show to feature nudity (gasp!).

The original series was created by David Milch and the late, great Steven Bochco. The new series will be written by Matt Olmstead and Nick Wootton, who both worked on the original. They will also serve as executive producers alongside some of Steven Bochco’s family members, son Jesse and wifeDayna. Jesse is set to direct the pilot episode. Talk about keeping it in the family!

This news of the reboot comes just months after the passing of original show's creator, Steven Bochco, who passed away in April 2018 after a battle with cancer.

The casting process for the new series has already started, but no other big news on the show has been announced thus far. It’s likely that production and filming will begin next year, with the pilot airing in late 2019 or early 2020. Regardless, we are SO EXCITED.

Reboots and remakes are taking over television, and to be honest, I’m not mad about it at all. This show was loved by so many, and it’s great that it can be brought into the next generation with an all new story that has a familiar feel to the original. I love me some cop drama shows, so I’m ready for it.