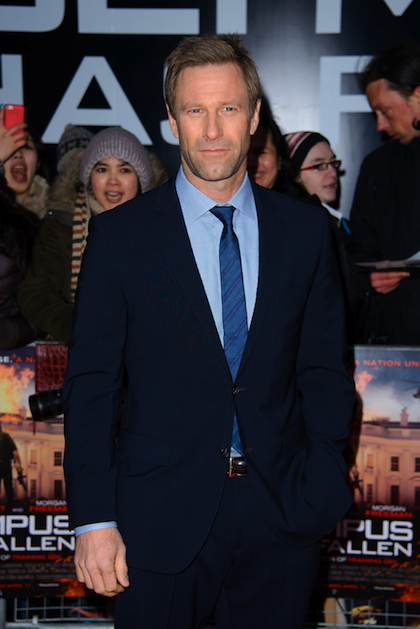 Everyone knows the remakes can either be really great or a terrible mistake. With a classic monster movie/story like Frankenstein, you better be sure that you do Mary Shelley justice. Possibly a great choice, Stuart Beattie decided to adapt a story of Frankenstein based on Kevin Grevioux’s unpublished graphic novel. May I take a moment to commend the genius of Grevioux and his wonderful Underworld series and his use of the Romeo and Juliet love story in a science fiction dominated world?

Back to I, Frankenstein, which stars Aaron Eckhart (The Dark Knight and Battle Los Angeles), Bill Nighy (Pirates of the Caribbean and Harry Potter & The Dealthy Hallows: Part 1), and Yvonne Strahovski ("Chuck" and "Dexter"). Although details from the plot are still a bit of a secret, Frankenstein, AKA Adam, gets caught in the middle of a war between two immortal families. Grevioux takes the original premise of a mad scientist using body parts of the deceased and making a super human creations and mixes it with an interesting, complicated twist.

Are you confused? Check out the trailer for the film!

Still a bit confused? Me too, but the special effects look great, and if Underworld producers are vouching for this film, then I’ll be in the theaters with popcorn ready to watch it. Plus, I can never get enough of the hunky Aaron Eckhart.

Speaking of Aaron, I’ll include the interview YH had with him earlier this year about his film Olympus Has Fallen, just so we can all see him again.

Aaron has played many roles, from the President of the United States to the head of the military front in the war against aliens, so a role that he most definitely hasn’t taken on, Frankenstein, should be a good challenge for his talents. I can’t wait to see how he takes on the role!

Don’t forget to check out Aaron Eckhart in I, Frankenstein in January 2014!