How HBO's "Westworld" Compares to the Movie! 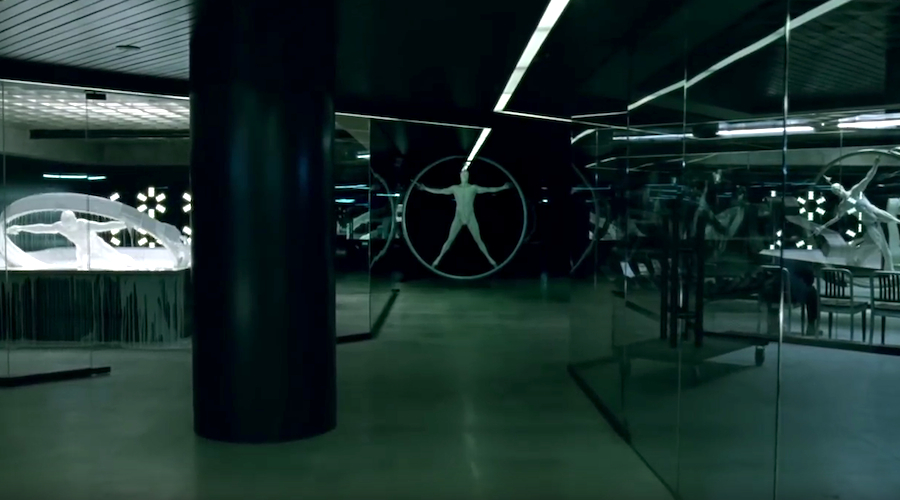 "Live without limits,” because, “boy, have we got a vacation for you!" -- The combined taglines for Westworld, Delos’s vacation resort set in a Old West world where everyone is there to serve you.

Seems like a fun theme park destination, am I right?

In Michael’s Crichton’s novel-turned-1973-movie, which he also wrote and directed, Westworld is one of three theme worlds that vacationers can visit and enjoy the life of that time and period, the other two being Medieval World and Roman World. These parks are populated with super-realistic androids all programmed with specific character traits, emotions, and backstories for make them as human-like as possible. In the film, Peter (a first time visiter) and John (a return customer) help us get accustomed to the world and the rules set for the park. You can kill the androids with guns but not other way around, as the guns are set up to stop firing against a high heat signature target. So the park is a place where you can play "Cowboys and Indians" and do whatever you please. The movie then introduces a malfunction in the androids, some kind of virus that allows them to harm the guests.

In HBO's new television adaptation of Crichton's novel, five seasons worth of story and plot has already been mapped out, which means that they go into greater depths about the androids, the park, the guests, and the programmers who run the West World... far deeper than the film. The HBO series is just over halfway through Season 1, and the network has not disappointed in their attempts to create multiple story arcs and introduce characters from all aspects of the story while staying true to Crichton’s vision.

While HBO has built upon the original film’s premise (that’s an understatement), there are still plenty of parallels between the movie and the new series. In particular, Logan and William bear a strong resemblance to Peter and John from the movie, as a pair of friends who come to visit the park, one being very familiar with he ins and outs of the new world and the other being a first time visitor still adjusting to the new rules.

Another interesting parallel is the mysterious Man In Black. In the 1973 movie, he is “The Gunslinger", an android host who goes rogue and starts killing people in the park, But the sets him as a frequent park guest whose past is shrouded in mystery and is driven by his curiosity to find “the maze”. This actually gave an interesting twist to the antagonist of the film. And, let’s be real, Ed Harris is amazing in his role.

After watching the movie, I can't help but wonder where the series will take the storyline. The most prevalent plot in the film was the malfunction in the android hosts and the idea of a virus is introduced, which was far beyond the ideas discussed in technology and machines when the movie was created in 1973. The series is still in its early stages, but the idea of a virus or malfunction has only been touched upon in the series, although some kind of rogue programming seems to be the main focus.

Given that a series has much more room to build on and develop storylines and characters, this adaptation of Crichton’s Westworld is able to flesh out (no pun intended) all aspects that may not have even been realized in the original film. The series gives the perspective of the guests, the programmers, and those who keep the park running, AND even the android hosts! One thing that series does well is truly personifying and humanizing the androids and their wants, needs, desires, and drives.

The series also introduces a story arc for the original creators of the park, which has also been slightly unveiled. They have touched upon the importance of the programming of the androids and thrown in a lot of conspiracy while the film makes it just seem like a malfunction in the coding.

Crichton’s Westworld adapted into a series has given us a new obsession and a new topic to create crazy conspiracy theories about. With four additional seasons already laid out by the writers, let's hope the series can get there without getting the axe!

You can watch Westworld on HBO. And you can check out extras and specials on the website.