Hollywood Bowl Kicks Off Holiday Season with 'The Nightmare Before Christmas' Live Concert! 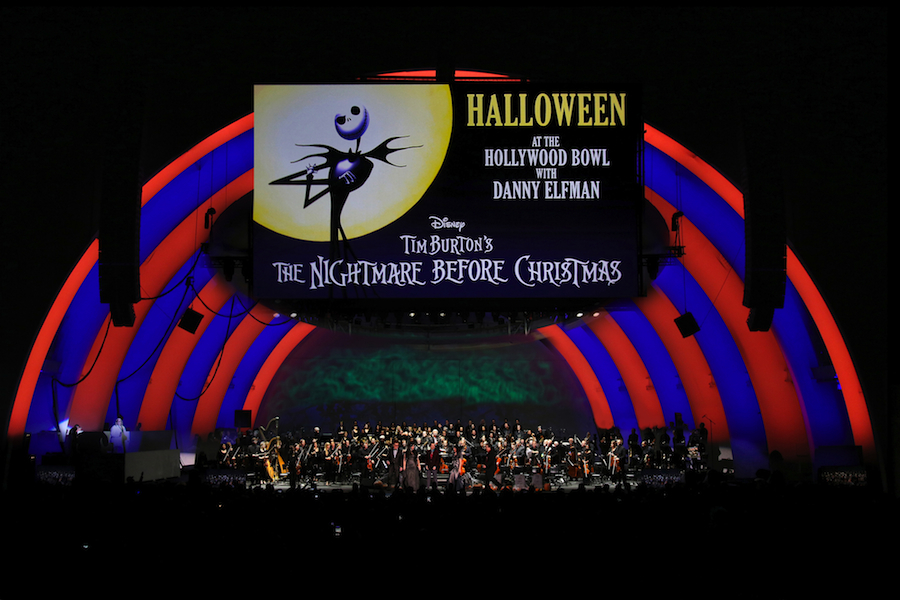 “Everyone hail to the Pumpkin King!”

This past Halloween weekend, Tim Burton’s The Nightmare before Christmas came to life at the Hollywood Bowl, turning the popular venue into Halloween Town itself. With fans decked out as their favorite Nightmare characters (or just dressed for the spooky occasion in general), there was an immediate sense of the Halloween spirit in the night. The venue even prepared for trick-or-treaters, passing out candy prior to the show, and held costume contests for those who went the extra mile.

The full orchestra, conducted by John Mauceri, began the show with a few preludes, the first being a “Silly Symphony” entitled "The Skeleton Dance", which was very reminiscent of the “Steamboat Willie” cartoon. Shortly after, the orchestra played a medley of the songs from Nightmare while a slideshow of concept art was projected for the fans.

After proper introductions, the time had arrived. Mauceri addressed the audience once again: "In concert, live to film… The Nightmare Before Christmas”. Suddenly, a nostalgic presence took over the crowd as the song “This is Halloween”, which opened the 1993 Disney classic, filled the arena.

After only moments in, Danny Elfman (singing voice of Jack Skellington and the film’s songwriter and scorer) took the stage and preformed "Jack’s Lament". Throughout the film, the audience remained in awe as other cast members reprised their roles in the film, such as Catherine O’Hara as Sally, Paul Reubens as Lock, and Ken Page as Oogie Boogie. After the intermission, a beautiful violin overture was performed by Sandy Cameron before the film resumed.

After the conclusion of the film, Elfman returned to the stage to leave the fans with a special Halloween treat -- 2 encores! The first being his very own rendition of “Oogie Boogie’s Song”, and the second was “Dead Man’s Party”, where Elfman performed on guitar with Steve Bartek.

Even if you’re not a fan of Tim Burton’s Halloween classic, The Nightmare Before Christmas Live is such a spectacular performance to experience. Since the concert is performed live to film, it’s a fresh take to watch the film for your first or maybe even 10th time, not to mention the costumes and candy. Should the Nightmare concert ever return to the Hollywood Bowl, it certainly is a Halloween treat you’re sure to remember! 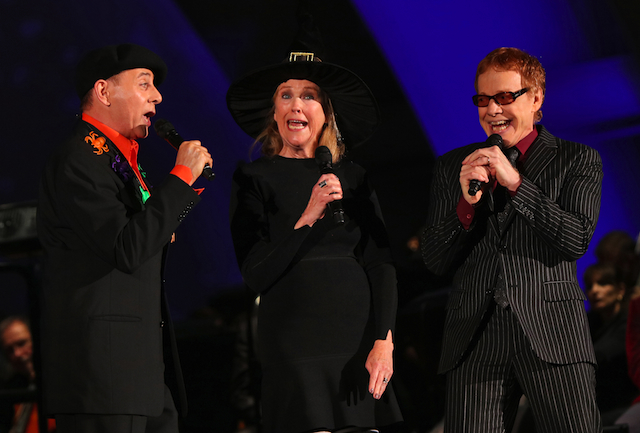 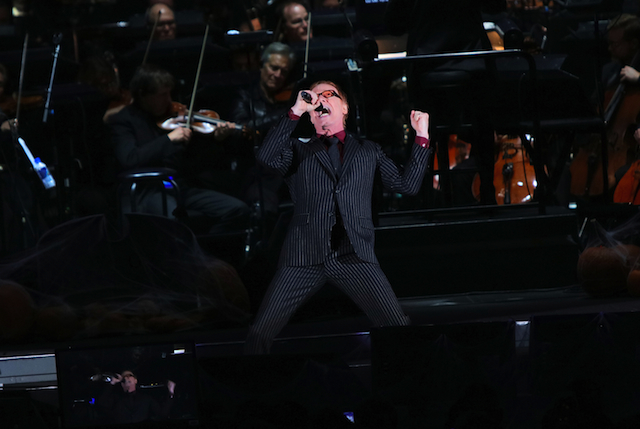 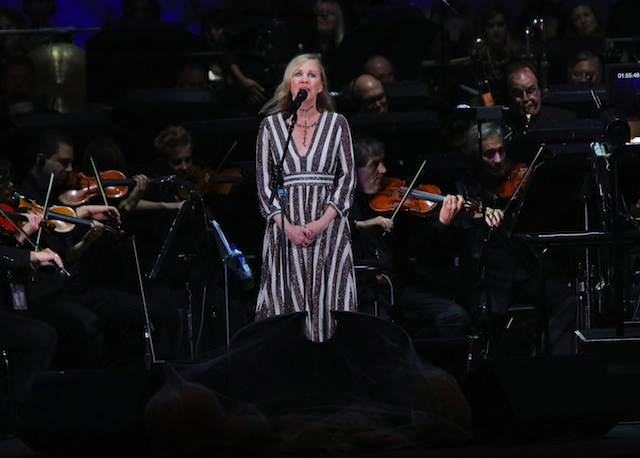 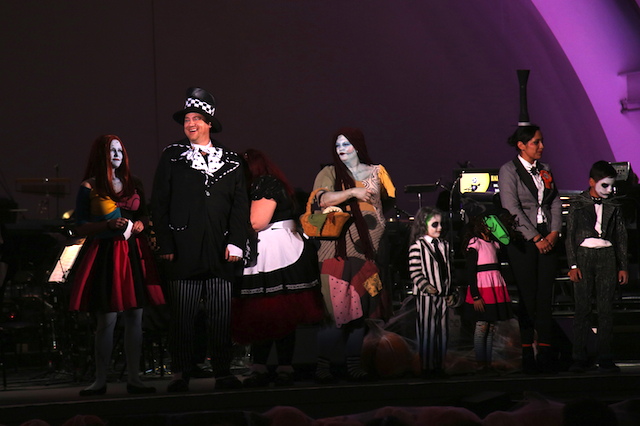 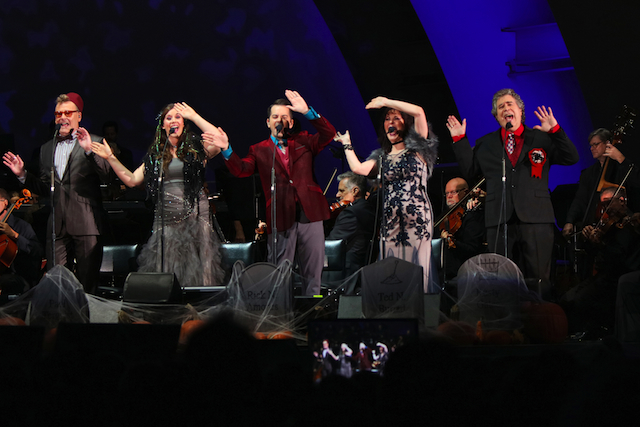