HIDDEN ON STREAMING: "The Oath" 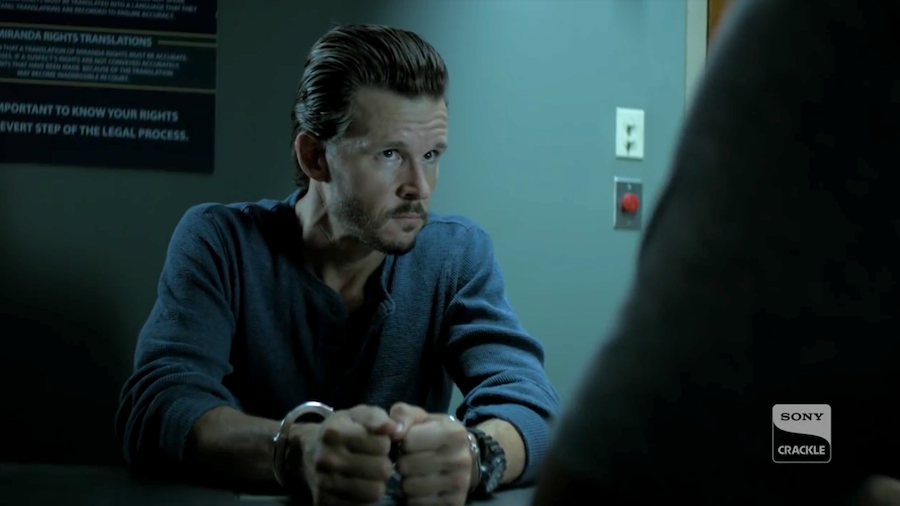 Cop shows are a dime a dozen in the world of television. Throw a rock in any direction of the perimeter channels and you’ll probably hit 5 police series. While there are minor differences with location and department, they all pretty much look the same. So when one comes along that attempts to change the game, you tend to notice. And when it does this successfully, you tend to get excited. Sony Crackle’s "The Oath" will have you addicted within minutes of the first episode.

The opening of this one says it all. What looks like a bank robbery pulled off by seasoned criminal actually turns out to be pulled off by cops. "The Oath" is about cop gangs. That's right, criminal gang enterprises operating within the ranks of the cops along with actual criminal organizations for profit and balance. While this seems like a far-fetched notion, it is actually based in reality, as a former cop gang member helped developed the series. As one of Crackle's most critically-acclaimed series, this is definitely not one to miss.

The series revolves around the cop gang known as the Ravens, which follows their attempts to survive both the law and the criminal underworld. They are lead by Steve Hammond, who is played by "True Blood" alum Ryan Kwanten. His father in the show, Sean Bean, is the former head of the Ravens and is currently in jail awaiting trial. Katrina Law from "Arrow" plays Officer Beach, the Ravens' only female member. The series is also executive produced by 50 Cent, so not only is the story on point but the music is as well. Christina Milian, Kevin Connolly, and Leona Lewis are some of the names that have been added for the highly-anticipated second season.

I have binge-watched this one several times. It is very easy to watch all the way through in one sitting. I love when things begin to slow down in shows then something crazy happens and gets you right back in it. There are very few dull moments in this one and the story flows very well. I can’t recommend this one enough and cannot wait for the second season. One thing I can say for sure is "The Oath" attempts to bring something new to the table, and as someone who watches a ton of TV shows, it delivers.

Check it! The poster for @TheOathCrackle Season 2! Y’all don’t even know how fire it is ?February 21 on @sonycrackle #TheOath #OathFam #GUnitpic.twitter.com/LSw384KjDx

"The Oath" Season 1 can be streamed for free on Crackle and new episodes will be streaming on February 21 for the show’s second season.