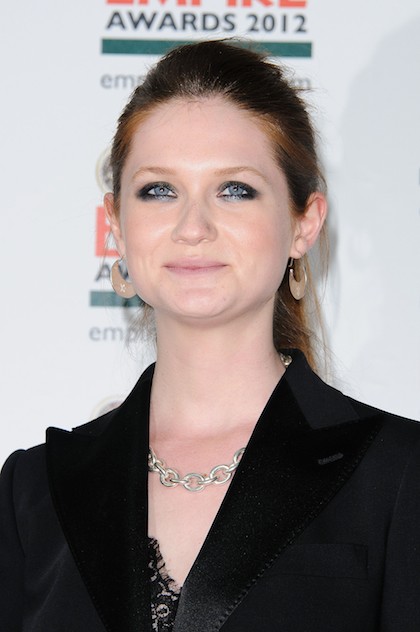 The Harry Potter movie franchise has unfortunately come to an end, but luckily its members are moving on and bringing us more great projects. English actress Bonnie Wright, who played Ginny Weasley in the series, has continued acting and has recently added writer/director to her credits. Her short film, entitled "Separate We Come, Separate We Go", was her graduation project from the London College of Communication and premiered at the 2012 Cannes Film Festival Short Film Corner.

The film is a story about a child’s loss of innocence through her single mother’s manic depressive episodes and finding an unexpected friend in an eccentric old man. The film stars another Potter alum, David Thewlis (Remus Lupin).

In addition to promoting her own directorial debut at Cannes, 21-year-old Bonnie will also be supporting her film In Want of a Wife, which co-stars Emily Watson. She has another movie coming out in 2012 entitled The Philosophers, starring James D’Arcy, Daryl Sabara, and Harry Potter co-star Freddie Stroma. (I’m getting the feeling that these Potter folk stick together... must have been some series bonding over there.) In June, Bonnie will be joining a cast including Chevy Chase and Tom Sizemore for the film Shakespeare’s Daughter.

With her Bachelor of Arts from LLC and extensive industry experience, Bonnie has already started her own production company called Bon Bon Lumiere. She is also engaged to one of her Harry Potter co-stars, Jamie Campbell Bower. Busy! I get the feeling that we’ll be hearing a lot more from this girl.