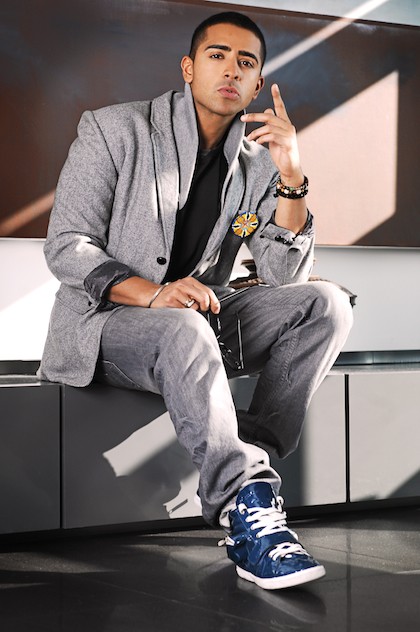 I recently had the pleasure of chatting with Cash Money recording artist and global superstar, Jay Sean. Best known for his hits “Down” and “Do You Remember”, Jay Sean is ready to kick off the summer with a brand new album entitled Worth It All and a sexy new single featuring Pitbull called “I’m All Yours”.

In addition, Jay Sean has recently been singing to help support hungry children. This past spring, he recorded a version of “Here’s Hope”, a song focused on the issue of child hunger in America that was commissioned for ConAngra Foods’s Child Hunger Ends Here program. The program is designed to educate, engage, and inspire consumers to help end child hunger. The USDA released new data last year that showed that nearly one in five children in the U.S.A. goes to bed hungry. The program is dedicated to ensuring that no child has to go through this, and so is Jay Sean.

In this exclusive interview, Jay Sean discusses his new single, album, his charity work, and what being a successful pop star in America truly means to him...

YH: You recently recorded a single with Pitbull called “I’m All Yours”. Can you tell me a little bit more about the single and what working with him was like, as well as what the video is like?

JS: It’s a romantic song with high energy. That’s the kind of challenge I wanted to do. I wanted to do a feel-good song without to having put it in a night club. Today, 95% of the songs on radio are singing about “putting your hands in the air at the night club”, but not everyone goes to night clubs [laughs], so how do we make a song that can strike a chord with everyone around the world? The romantic, sappy side of me likes to write songs like that. So, I put the two together. I ended up collaborating with Pitbull while we were on tour in Australia. We had a great time. [Pit Bull] and I just started talking, and that’s really how these things happen sometimes. We met each other and decided to do a song together.

YH: You also just recorded your fourth album, Worth It All. What can we expect your new album to sound like?

JS: For America, it’s going to be refreshing. Americans will finally be able to hear the other side of me, which the rest of the world has heard over the last 10 years. A quick brief background history: the other three albums were available around the whole world, whereas Americans only heard my album that was released by Cash Money. They will get to hear the other types of music that I do. This album has the great pop records and feel-good records that America has already heard of me, but they will also get to hear the beautiful ballads, the sexy R&B slow jams, so I am super excited about it.

JS: The campaign itself is brilliant. I think that they are wise and smart to use music as a platform and as a hook to get people to find out more about this campaign. Everyone loves music; most people download music over the internet. And here, if you like the song that we did, which was done by three of us -- Jewel, myself, and Owl City -- you can purchase specially-marked packages of ConAgra Foods’ brands, then visit www.childhungerendshere.com to enter the eight digit code and get the song! For each code that is entered, one meal will be donated to Feeding America. I just think that this is such an amazing campaign.

YH: How did you first become involved with the ConAgra Foods’s Child Hunger Ends Here program, as well as some of the other charity work?

JS: My management team knows that anything related to medical/health care is dear to my heart. Medicine was actually the field I thought I was going to spend the rest of my life in. I was actually studying to be a doctor before I got into music. I was two-and-a-half years into my medical degree before I got my first record deal. And that [interest in the medical field] doesn’t leave you -- people just think that, all of a sudden, you become this pop star and forget about it. But it doesn’t work like that. There is this part of your heart that is unfulfilled. I thought I was going to spend the rest of my life saving lives and had prepared myself for it. When you become a pop star, you enter a field that’s quite “me, me, me.” If I’m absolutely honest, there’s a lot of things that can get overwhelming that’s all about "me". It’s a bit too much, and I wanted to do something for someone else. When this campaign came about, I wanted to be a part of it.

YH: Let’s talk a little bit about your most famous American hit, “Down”; You were the first U.K. urban act and first artist of South Asian decent to reach #1 on the hot 100. How did that make you feel, and did you feel a lot of pressure to write another instant hit?

JS: The whole experience was completely surreal. I came to America with no expectations. I knew that, as a recording artist in America, I was either going to succeed and gain an entirely new fan base and it would be a beautiful thing, or America just wouldn’t take to me. And that’s okay; not everyone succeeds in America. It’s known as the hardest market to crack. So, I really had no expectations. I just figured I would see how it goes. I just couldn’t believe that my first debut into the field went to number one! I just thought it was ridiculous. It was more than I had ever dreamed. It gave me the feeling that America had really opened its arms to me. That meant a lot to me. I now live here -- I’ve been living here for about four years, and I really love living here. I think that the people here have really warmed to me, which is a very nice feeling. In terms of feeling pressure to write another hit, I don’t do that to myself. I never do that to myself. How do you beat a number one hit? You can’t get a number zero. You could get another number one, sure, but I don’t want to live the rest of my life underneath that kind of pressure. I just want to write beautiful songs, and hopefully people will like them.

YH: Your music could be described as a fusion between R&B, hip-hop, pop, and Bhangra. Are there any particular artists in these genres that have influenced your music?

JS: I would say that my music no longer has so many Bhangra elements to it. On the first album, there was definitely an Indian sound to it -- but that was 10 years ago. The sound has evolved a lot. Back then, the sound was new, no one had done it before. But since then, a lot of albums have come out like that. I felt like my sound was becoming very gimmicky, and I didn’t want to be involved in a gimmick. I have realized now that the best thing to do as a songwriter is to concentrate on the song that people will recognize as my own work. I focus on the songwriting element more than anything. Music is always evolving. When I first started out, it was very beat-based. Today, it’s very high-energy music. So, you always want your music to be evolving.

YH:  You have played shows literally all over the world. Was there a particular show that you played that was your favorite?

JS: There are certain shows that stand out, because for me they were incredible experiences. One of my favorites was playing Madison Square Garden. I performed at Madison Square Garden and 20,000 people were singing back the lyrics that I wrote, and it was just such an amazing feeling. It was one of those wonderful moments for me.