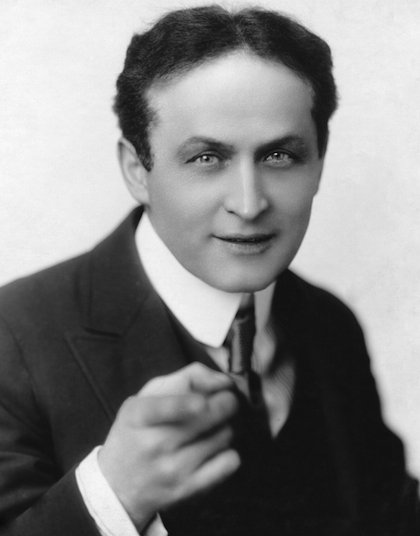 It seems as though the whole world has once again been enchanted by Harry Houdini. The History Channel recently aired its mini-series, “Houdini”, starring Adrien Brody in the titular role, and although it was a rather unusual casting choice, Brody brought it as the legendary illusionist -- he seemed to possess just the right amount of awkward creepiness to the role (I don’t know about you, but I’ve always found Houdini to be a bit on the spooky side).

Now, the French seemed to be jumping on the Houdini bandwagon. Cartoon Forum, a French-based animation company, recently announced that they will make an animated series based on the famed magician, entitled (you guessed it!) “Houdini”. Over the course of 26 episodes, the series will follow the adventures of Houdini as an 11-year-old as he attempts to master the many mysteries of New York. “Houdini” will be directed by Cedric Babouche, one of the co-authors of the novels of which the series is based on.

Why the sudden resurgence in Houdini Hysteria? While he has always had a knack for capturing our attention, he's never been at the forefront of biographical films and TV shows. Perhaps our own technologically-advanced culture is lacking in a little magic, thus the sudden interest in Houdini? Perhaps we have become so dazed by the marvels of modern science that we have forgotten how to believe in the unknown? Or are magicians simply the hot new mythical creature?

Why do YOU think there is a sudden interest in Houdini?

Check out our YH Studio interview below with Houdini's modern-day equivalent, David Copperfield!