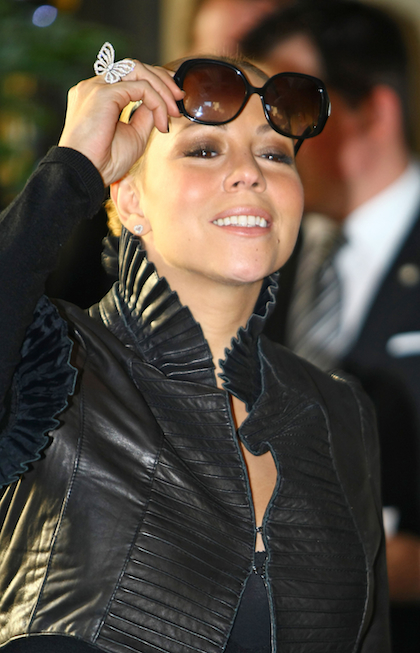 It’s your birthday and the candles are lit. What’s your wish? Personally, I have a very simple, ity-bity request: To be blessed with a 5-octave vocal range and whistle register like Mariah Carey. I think it’s a reasonable wish... Well, a girl can dream, can’t she?!
Little Lambs, it’s Mariah Carey’s birthday! As far as I’m concerned, she is the most gifted vocalist of all time. From glossy ballads to motown soul to hip-hop-inspired dance-pop, her music has touched millions of fans all over the world. The best-selling performer of the 1990s, Mariah Carey has influenced many pop and R&B artists: Christina Aguilera, Beyoncé, Rihanna, Kelly Clarkson, and Leona Lewis, to name a few.
This singer-songwriting, record-producing, and acting queen has a full plate. Add to the mix her motherly duties to the cutest twin babies, Roc and Roe. Well frankly, I just don’t know how this diva manages her time. With a career spanning over an incredible two decades and over 200 million records sales worldwide, she exemplifies true artistry. As long as her most prized asset stays in tact, she will continue to woo the world with her vocals.
Mariah has collected many honors and awards throughout the years. From her multiple Grammy wins to being the first female artist to accomplish a #1 debut in the U.S. on the Bilboard Hot 100, it’s quite a feat. How about being the most successful-selling female artist in music history?! Mariah Carey is the only artist since The Beatles to have so many #1 singles and albums! I don’t know about you, but I think it’s time for Mariah Carey to go back on tour!
Please join me in singing MC a Happy Birthday...... [crickets]. I have a better idea, let’s just make a tribute by listening to some of her greatest hits. Happy Birthday, Mariah! We adore you! Sincerely, Your Lambs.
(Photo via WENN)
- Rita Korkounian, YH Staff