Going Viral: How the Internet Has Become the New Starmaker 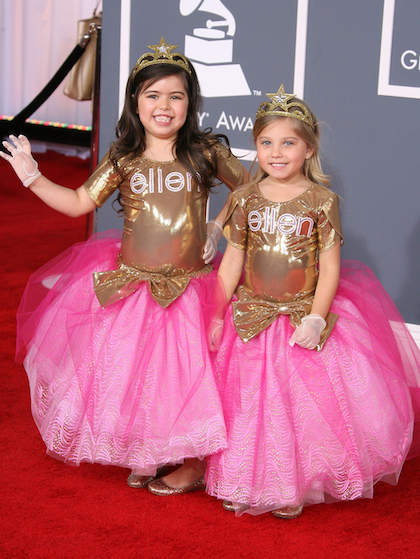 For all of you aspiring singers, forget hiring an agent to represent you. These days, all you need is access to the Internet and you can be on your way to fame. Here are a slew of musicians whose musical talents were first discovered online.
Before Justin Bieber was a worldwide pop star, he began his career by publishing homemade videos of his musical talent to YouTube. "It had a hundred views, then a thousand views, then ten thousand views, so I just kept posting more videos and more videos,” he told ABC News. Bieber’s current manager, Scooter Braun, initially reached out to the YouTube sensation in 2007 and flew the Biebs to Atlanta to meet with Usher. The teen singer signed on with Island Def Jam Recordings with Usher serving as his mentor. The teen heartthrob released his debut album, My World, in 2009, which launched at No. 6 on the Billboard charts, catapulting him into the spotlight at the tender age of 15.
Ellen DeGeneres is notorious for showing her audiences YouTube videos she finds entertaining, which is how Greyson Chance and duo Sophia Grace and Rosie were all discovered. Greyson Chance first hit the scene when he performed a rendition of Lady Gaga’s  “Paparazzi” for his 6th grade talent assembly in 2010. The performance was posted on YouTube, and more than 38 million people watched the one-of-a-kind performance, including Lady Gaga herself. At just 12 years old, Chance was invited to perform on “The Ellen DeGeneres Show” and was signed to Ellen’s record label, eleveneleven. Since hitting the scene, Chance released his debut album, Hold on ‘Til the Night, and went on tour in Southeast Asia to promote it. (He's also visited the Young Hollywood Studio twice! Check out those videos here and here.)
Ellen wasn’t quite done working her magic. Cousins Sophia Grace Brownlee, 8, and 5-year-old Rosie McClelland became overnight sensations after a YouTube video of the girls singing NickiMinaj’s anthem “Super Bass” in tutus and tiaras went viral. Nearly 11 million people viewed the duet, earning them a spot on “The Ellen DeGeneres Show” where the girls met and performed with their idol Nicki Minaj. Since then, the pair from Essex, England, has served as DeGeneres’s red carpet correspondents, interviewing stars at the Grammys and American Music Awards. Will Ellen also sign them to her record label? Only time will tell.
Back in 2005, ColbieCaillat created a MySpace page and was urged by one of her friends to put her music up on it. "I was being lazy, so he went on there and uploaded my songs and showed me how to use it," she told USA Today. After she uploaded her hit song, “Bubbly”, Caillat found herself surrounded by thousands of MySpace friends, leading to Universal Republic Records signing her in 2007. “I never knew I could get a career out of this,” she told OK! magazine. “MySpace is what started it all.” (Hear more about Colbie's online origins in this exclusive interview at the Young Hollywood Studio!)
The next time you think you have the next big hit, try posting in on YouTube; you never know what will happen!
(Photo via WENN)
- Audrey Cook, YH Staff