Giving The King His Crown: A Reflection on Chadwick Boseman 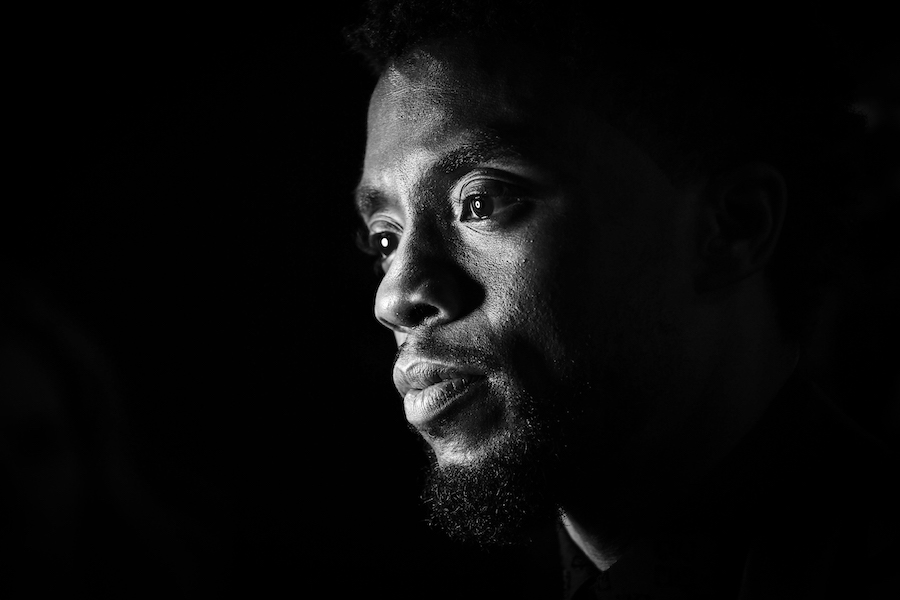 The community response to Black Panther was not like anything I’ve experienced in my lifetime. A movie with truly something for everyone, the conversations it started, the memories it made, and the impact it had on Black culture is unparalleled. The first time I saw it it was with family. My grandmother loves to take me and the rest of her grandchildren to see Black children’s movies. Even though I am not a Marvel superfan, nor even the biggest superhero fan in general, Black Panther was a movie I watched again and again. It’s the same realization I had as a child of a single mother -- white audiences get to see themselves on screen everyday; just how I do not get to see the full components of who I am in my home, I do not get to see it in American film. Watching Black Panther was like discovering a new part of my face I’d never seen before, new family members I’d never met. And at the forefront of this discovery was the late Chadwick Boseman.

There aren’t words to describe the vacuum Chadwick left for his fans. Although he felt like a member of my family, just like any other celebrity, you never know what they’re struggling with behind the scenes. Chadwick Boseman had been struggling with colon cancer as far back as 2016. The fact that he trudged through this illness in private makes his untimely death even more shocking. The world will never truly understand what Chadwick meant to the culture, to the community. When I found out that he had died, I was furious. I didn’t even know who to be angry at; I wanted to scream, “Why him?!” It’s so incredibly hard for Black actors to even earn a fraction of what Chadwick was able to work for while literally dying. Before Black Panther, the internationally-renowned sensation had already played Thurgood Marshall in Marshall,Jackie Robinson in 42, and James Brown in Get on Up. That’s 3 biopics of 3 Black icons by the time of his tragic passing at 43. It pains me to know that his tireless work will likely only be rewarded after his passing. Despite some incredible performances, the genius actor never received an Oscar nomination for his work. It’s not to say that an Oscar is the pinnacle of Black excellence, because it certainly is not, but this fact is merely a testament to how difficult it is for Black actors to get recognized. Despite working tirelessly to contribute to the uplifting of Black culture (with cancer nonetheless), Chadwick Boseman was still severely underrated while he was living.

As we shift into an age all about Black empowerment, we need to be proactive about giving our greats their flowers while they’re alive. It shouldn’t take their death for us to come to our senses about how much weight an actor can carry in their respective community. Although Black Panther broke box office records, can I be confident in saying that the world truly understands the implications of that? Absolutely not. Until the film industry is comfortable with producing more works with Black writers and Black directors, until Hollywood is ready to break down the high gates of entry for people of color, more actors will go underappreciated just like Chadwick Boseman. Black Panther making $1.3 billion at the box office is a message to Hollywood that we want more Black movies, TV shows, documentaries, miniseries, and animated content! We as a community are hungry for more than what we’re being given! That’s why I was brimming with rage when Chadwick died; we barely get enough Black actors that can make it as big as he did in the first place! Why did he then have to die?

As I reflect on that pains compressing my mind, clouding my thoughts, impeding my daily life, I know that, in order for us to move forward, we have to do better with the gifts society has given us. Black actors are not commodities. They are precious and should be treated as such. Black actors are not martyrs or symbols of our progress, they are real people. We never know what an individual could be struggling with behind the scenes. As consumers and participants in a society that would rather attack our Black talent than bring them up, we must be at the forefront of protecting our Black superheroes.