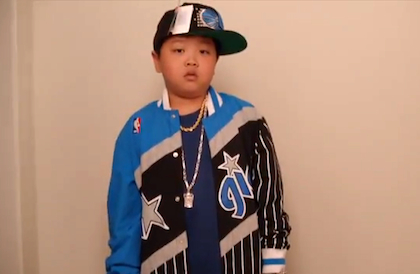 Quick – name a major TV network show that revolves around a central character or family of Asian descent.

A small handful of you might have shouted “Oh! Margaret Cho!” at your computer screens, and you are correct. But that show (“All-American Girl”) was 20 years ago and it only lasted one season.

“Hey!” some others of you might be yelling, “What about TBS’s ‘Sullivan & Son’?” Yes, true, but star Steve Lynch and the character that he plays is only HALF-Asian, and the crux of that show is him living in a mixed race family (and the focus is on the Irish side of his heritage).

My point being, when it comes to TV, the Asian-American community is sorely under-represented. On the off-chance that a show DOES feature an Asian character, it’s usually some highly-offensive stereotype made into the butt of a main character’s political incorrectness.

Welp, all that is about to change, thanks to celebrity chef Eddie Huang and his new ABC single-camera comedy “Fresh Off the Boat”. Think of it as “Modern Family” meets “The Goldbergs” with an Asian twist. The show is based on Huang’s memoirs of growing up in a Taiwanese household in the ‘90s and chronicles their lives as they adjust to a move to Orlando, Florida, and take over a steakhouse. It takes an honest look at life from a perspective that we’ve never really seen before on TV, and I for one cannot wait!

I mean, Orlando in the ‘90s? Hello, I grew up in Florida, and I went to college in Orlando in the late-‘90s. No doubt this show will skewer both the decade AND Central Floridians, both of which I am highly familiar with. In fact, that college I went to that I just mentioned? Huang attended the same one. This is my jam.

The first promo for the show has been released, and so far it looks fantastic, check it out:

Ooooh guuurrrl, I can totally relate to the Hair+Humidity ordeal.

I am not a praying woman, but I am clasping my hands together and looking towards the heavens in hopes that this show lasts more than one freaking season. Network television is a minefield these days, but hopefully “Fresh Off The Boat” has a team of bomb-sniffing dogs on the payroll.