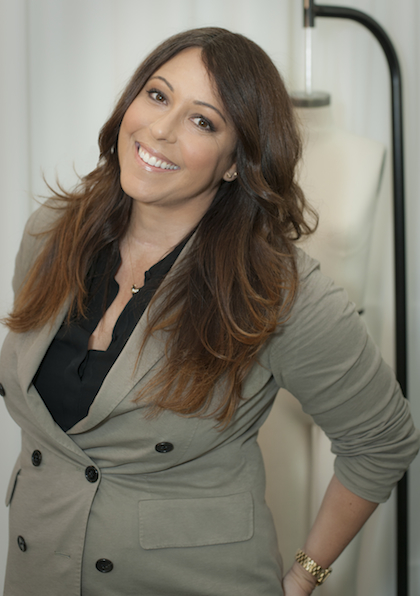 Leesa Evans was raised in Laguna Beach, CA, and has been around fashion for years, but it wasn’t until she worked with a costume designer that she found her true calling. Over the years, Leesa has worked on 25 different films, including Bridesmaids, Neighbors, Get Him to the Greek, I Love You, Man, and Forgetting Sarah Marshall. In addition to being a costume designer, Leesa is also a stylist to the stars (so she’s quite fancy). She most recently costumed the characters in Nicholas Stoller’s hilarious Neighbors. If you enjoyed seeing Zac Efron's bare abs in the film, then she’s the lady to thank -- she and Efron came up with the decision to have him frequently shirtless!

During our interview, Leesa explained to me how she styled the different characters in Neighbors, what it’s like to collaborate with an entire film team to dress a character, and how we should wear bright colors this summer:

YH: How did you choose the different styles for the characters in Neighbors?

LE: It was such a fun script. I know a lot of the actors and filmmakers involved in the movie. We all talked about who these people are and why they dressed the way they did. It was a really fun group of people. When I found out that Rose Byrne was planning to use her native Australian accent, I decided to think about how she (her character) ended up in the States. Maybe she was a bit of a Bohemian traveler, she had spent a few years in the States for college and she fell in love and stayed. So, we focused on some of my favorite places in Australia, such as Bondi Beach and Byron Bay, and picked up little things she may have got when she was still living there. That’s how we started with her character. Seth [Rogen]’s character is just a regular guy who is still trying to capture his youth. With the boys, Zac Efron and Dave Franco and the guys in the frat, it was so much fun to talk about what college kids wear today, and the heightened reality of what college kids wear. If college kids in a frat really got into fashion, what would that look like? We really played with that and let them feel comfortable in what they were wearing.

YH: I have to tease you for a moment: Did you make the decision to have Zac Efron rarely wear a shirt?

LE: Zac and I had so much fun in the fitting. We talked about how so many college guys wear the same pants every day. They take them off for the night and put them by their bed and then just put them back on in the morning. We figured it was probably the same with T-shirts, and we started laughing about how they probably don’t even wear a T-shirt. That’s how that all sort of started. It was this super casual feeling that the boys are not on campus, they are off campus at the frat house. We thought about how casual it could get, and how comfortable they would get. The more Zac had his shirt off, the more everyone would laugh. So we just sort of went with it. This was the easiest wardrobe I’ve ever done. This and Jessica Alba in Into the Blue. [laughs]

YH: You have worked with Rose Byrne before in the film Bridesmaids. How was styling her character in Neighbors different from Bridesmaids?

LE: It was very different. Her character in Bridesmaids is very buttoned-up and very focused on fashion. She always wants to be as perfect as she can be. Everything is matching at all times. She never made a wrong step. She would emulate whatever was in the fashion magazines, she would wear the clothes exactly as they are in the magazine. In Neighbors, she was really more of a free spirit. It was okay if things didn’t match perfectly. It was all about being a mom and being comfortable and confident in her clothes. It was a really different character. Rose is so brilliant. She can pull off anything.

LE: I love a bunch of different characters. I love Rose’s character in Get Him to the Greek. She plays Jackie Q, who’s the ex-girlfriend of rockstar Aldous Snow. That was really fun costuming. I love Jason Segel's character in I Love You, Man. That was a lot of fun. I loved Rashida Jones's character in I Love You, Man. I love Kristen Wiig’s character in Bridesmaids. I couldn’t put my finger on which one would be my favorite, but I love when you can really play with the clothes and develop these little quirks that remind you of someone you may know or grew up with. It just gives you a giggle. I love it. I feel so lucky to be working with such a great group of people. It’s fun to go to work every day.

YH: Where do you draw your inspiration from for your characters' different looks?

LE: It varies film to film. Sometimes I’m inspired by fashion. I’m inspired by real people. I’m inspired by what’s going on in the world. I always want to be a positive influence in any way I can through clothing. I think that clothing builds people’s confidence. I want to help promote individuality. I am dressing characters so that people can see themselves in the character.

YH: How closely do you work with the actors and writers to create a character’s wardrobe?

LE: Sometimes long before the actors are even on board, I’m working with the writers, directors, and producers to talk about the script and who the characters might be. We look at visual references, and we look at what makes it believable. Once someone has been cast, it’s so great because certain people can pull off certain clothes really well. Not everyone looks as good shirtless as Zac Efron does or as cute in a bikini as Jessica Alba does, so you play with what someone naturally has and try to bring that out. That changes from person to person.

YH: You are also a stylist. Do you have any red carpet tips for us on how we can look our best?

LE: My main red carpet tip is when you put something on, if you have that 100% "yes" feeling, then you know that’s the right dress, right shoe. If you have any doubt, then move on and find the one that you feel 100% confident in. That’s my number one tip! In terms of Summer fashion, I think that this Summer there will be a lot of bright colors. I’m always a fan of bright colors with true neutrals. So that’s bright colors with gray, camel, or white. I think that’s a fun way to play with color this Summer. It’s a great way to wear a really bright color no matter what your coloring is. It’s a good way to do that.