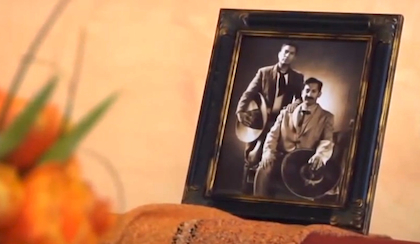 Could the “Breaking Bad” fictional fast food restaurant/meth-cooking and distribution operation be cooking up something delicious near you? According to “Breaking Bad” creator Vince Gilligan, this could actually be happening.

Recently on Reddit, Gilligan was posed with a valid question asking if he would like to someday open an actual Los Pollos Hermanos. With the never-ending popularity of “Breaking Bad” (seriously, I have friends just starting to watch it now), this doesn’t sound like a bad idea at all. Gilligan himself responded that he didn’t actually think about it, but the idea is in the works. He was quoted as saying, “Believe it or not... there is talk of a Pollos Hermanos becoming a real restaurant. This is not an idea that I generated personally. But it's one that's been presented to me, through the good folks at Sony, and the idea came to them from a businessman who has an interest in doing just that. Speaking for myself, I'd love to see that happen!” (Random Reddit User for the win!)

So, there you have it, folks. There’s hope that, someday, you can get something delicious always cooking near you… but at the same time running the risk that you’re fueling a hidden crystal meth enterprise. I think having crystal meth running rampant in your community is a price worth paying for some specially spiced fried or grilled chicken.

Not satisfied that there is no complete answer on a Los Pollos Hermanos being made for real? Until it happens you can always visit the Twisters fast food burrito restaurant in Albuquerque, NM, the next time you go there wearing a black pork pie hat to take pictures at “Breaking Bad” shooting locations. Need to know the specific one? Here’s the address: 4257 Isleta Blvd SW, Albuquerque, NM 87105.

Until the real Los Pollos Hermanos opens, deny reality and take a look at one of the fictional real commercials from “Breaking Bad”: