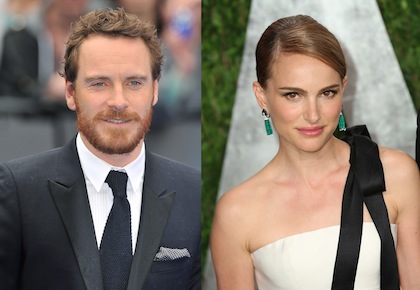 By the pricking of my thumbs, something awesome this way comes!

Shakespeare has long been a cinematic go-to for filmmakers, and one of his most popular plays for adaptation is the dark and mysterious MacBeth… so dark and mysterious in fact that it is FORBIDDEN to utter the name inside a theatre (unless you’re actively producing the play) lest you be cursed with bad luck!

However, good luck seems to follow any filmmaker willing to take on the Bard’s tragic tale of the corrupt Scottish lord. The role of MacBeth himself has been taken on by the likes of Orson Welles, Ian McKellen, Sam Worthington, James McAvoy, and Patrick Stewart. Now, we may add Michael Fassbender to that list. Intriguing! Even better, Natalie Portman has signed on to play his devious wife, Lady MacBeth. Double, double, toil and trouble!

This latest adaptation will be keeping it real, so to speak – it will take place in the original location and time period as Shakespeare’s play and will utilize the original language. Considering there has been approximately 16 feature films made based on the play (also retaining the time period and dialogue), it will be interesting to see what sort of fresh take can be brought to this version… I mean, other than getting to watch Fassbender and Portman try their hand at these two classic characters! Indeed, that might be worth the price of admission on its own.

Details are scant for now, except that it will start filming later this year and it will be directed by relative newcomer Justin Kurzel.