5 Famous Filming Locations to Visit for a Weekend Getaway! 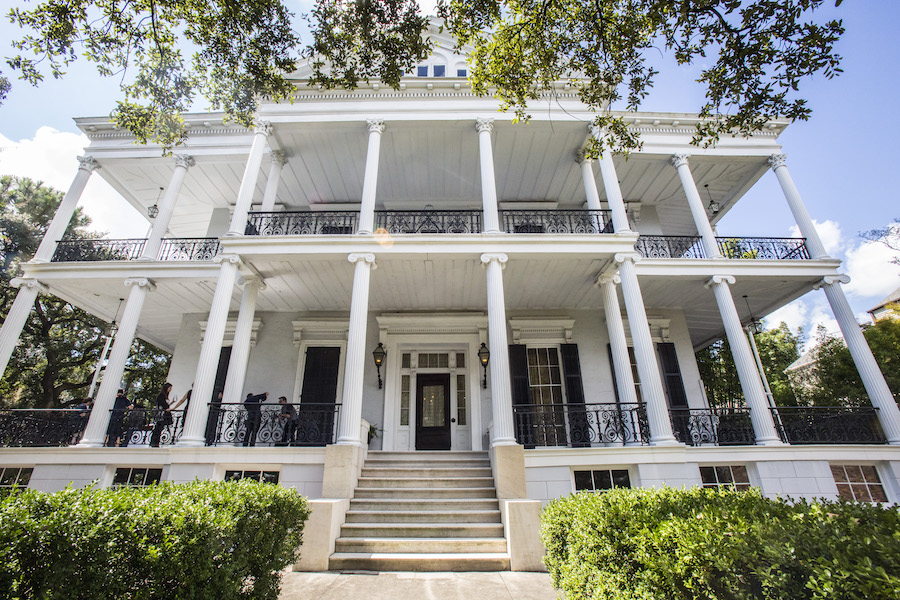 Have you ever wanted to visit the towns where your favorite movies and TV shows were filmed? Well, you can! A lot of shows that filmed on location are situated in great towns and cities across the United States. So, if you’re a film fanatic looking to plan your next weekend getaway, look no further because we have the spots for you. P.S.: A lot of these places are home to more than just one show!

Covington is an Historic City located just 45 minutes outside of Atlanta. It’s the perfect place for your next weekend getaway if you’re a fan of "The Vampire Diaries". Covington served as Mystic Falls, Virginia, for the entirety of the series. But they aren’t done with Vampires just yet -- its spinoff "Legacies" filmed there too! While you’re in town, you can actually stay at the house that was used for the exterior of Caroline’s house; it’s listed on Airbnb for $338 a night. But guess what? Right next door to Caroline’s house is the Gilbert House! Covington offers so many activities for "TVD" fans, like the Vampire Stalkers Tour, where they will take you to more filming locations from the show. After that, you might be hungry and what to grab a bite at the Mystic Grill, which obviously has a gift shop that sells blood bags! Covington is not just home to the "TVD" Universe but is currently being used as Serenity for Netflix's "Sweet Magnolias".

@kaitlinlobkovich been waiting for this day for so long and it did not disappoint ??? #vampirediaries#tvd#mysticfalls♬ original sound - Maya

Considered North Carolina’s film hub, it has been home to many beloved shows and movies. First up is "Dawson’s Creek", where Wilmington was transformed into Capeside, Massachusetts. "Dawson’s Creek" shot all over Wilmington, from beaches to restaurants to marinas, so when strolling around, you will stumble along some iconic locations. "One Tree Hill" also called Wilmington home, or Tree Hill, we should say. If you’re in Wilmington, you have to check out the Riverwalk, where Nathan gave Haley the crackerjack bracelet. But we advise hoping on the "One Tree Hill" walking tour -- it will be worth it. The list goes on and on as to what has been filmed here but some notable movies include Safe Haven, The Longest Ride, The Choice, and parts of Iron Man 3.

Charleston is a beautiful town in South Carolina, with a ton of character and charm. While it might be home to a lot of southern socialites, it is also home to some of your favorite films and shows. Charleston currently serves as the Outer Banks, North Carolina, for everyone’s favorite teen drama "Outer Banks". The Notebook was also filmed here; if you want to relive everything you felt while watching the film, check out King Street, the American Theatre, and downtown shops! Other notable movies filmed in Charleston are Dear John, Halloween, and The Patriot.

Nola might be known for Mardi Gras and delicious food, but it’s a great filming location as well! Most notably, "American Horror Story" used New Orleans for their Season 3 backdrop. If you are a fan of the show, check out Buckner Mansion, which served as the exterior for Miss Robichaux’s Academy. The film Girl’s Trip also filmed in New Orleans, with the premise of the movie being a girl’s trip to Nola. If you want to channel some of the energy the ladies had, check out Bourbon Street -- you won’t be disappointed. "The Originals", another "TVD" spinoff, occasionally shot scenes in New Orleans, so stop by Café Du Monde for Klaus’s favorite beignets or go to Jackson Square to check out the benches from the finale.

@ofgoldenroses To see more of each location, check out previous videos! #theoriginals#vampirediaries#americanhorrorstory#ahs#coven#witchtok#neworleans♬ Sisters of the Moon (2002 Remaster) - Fleetwood Mac

New York is known as The City That Never Sleeps, and considering how many productions take place here, we’d have to agree. First, we have "Sex and The City" -- after watching "SATC", we can all agree it was our dream to live in New York with our besties. If you’re looking to have a Carrie Bradshaw moment, we suggest walking around town in heels while trying to call a taxi. But if that’s not your idea of fun, go ahead and visit Magnolia Bakery, or the Louis K. Meisel Gallery, which served as the gallery that Charlotte managed. Another notable show filmed in NYC was "Gossip Girl" and its spinoff. If you’re looking to become the ultimate Upper East Sider for the day, grab a yogurt and head to the Met Steps -- that’s what Blair would do. Next, you must check out the Palace Hotel, which is where Serena lived during most of Season 1. Then you can check out the Museum of the City of New York, which serves as Constance Billard School for girls and St. Jude for boys. But make sure you can secure a reservation at Butter, which was a popular spot amongst the teens.