Everyone Should Be Buzzing About Showtime’s “Yellowjackets”! 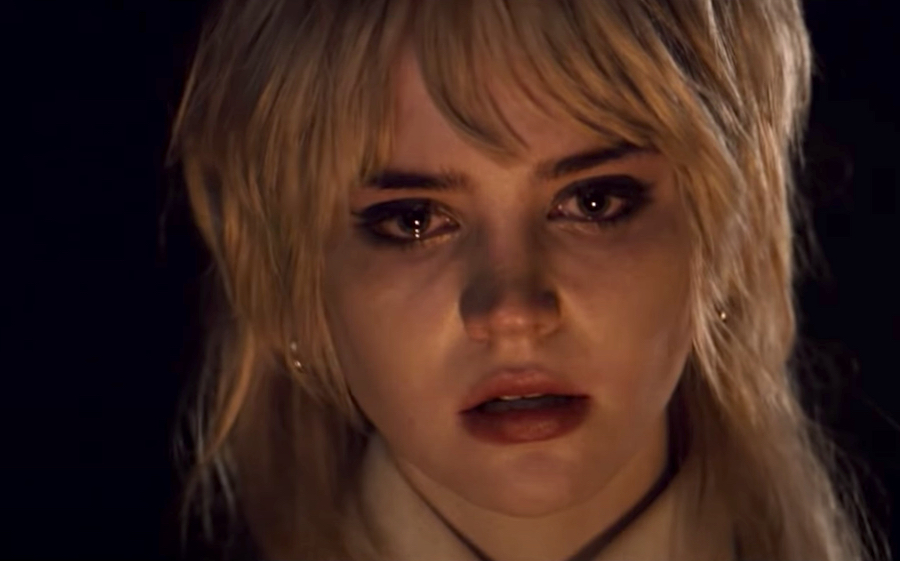 If you are a person who attended high school, there is a more than fair chance that, at some point, you were required to read William Golding’s Lord of the Flies, a 1954 novel about a group of British schoolboys who are shipwrecked on a deserted island and proceed to go bells-to-the-well feral. However, once they are rescued at the end of the novel, they are able to effortlessly snap back into Well-Mannered Young Men Mode™. It’s a chilling dissertation on the true, savage nature of men…

But what about the true, savage nature of women?

That is a question that has been asked in the decades since the book’s publication, and a the answers are finally being tackled by Showtime’s new (presumably limited) series “Yellowjackets”, but they take it a step further by examining the long-term aftereffects of such a traumatic experience.

The series, which premiered on November 14, takes place in two timelines: in 1996, where a girls high school soccer team from New Jersey survive a plane crash somewhere in the Canadian Rockies; and 2021, where a small group of those survivors are now in their 40s and dealing with the daily struggles of what happened during those fateful 19 months in the wilderness.

So far, the series has given us the names and faces of 4 of these girls who lived to tell the tale: Shauna, who was sleeping with (and eventually married) her BFF’s boyfriend and is now a bored housewife; Natalie, a lifelong substance abuser who is constantly in and out of rehab; Taissa, now running for NJ state senator; and Misty, the team’s equipment manager who is now a sadistic nursing home nurse. It’s implied in the first episode that there are other survivors out there somewhere keeping a low profile, having sworn to never talk about what really happened out there in the wilderness. But the ladies might be forced into the open thanks to woman claiming to be a journalist hoping to get the scoop on the 25th anniversary of the crash.

Throughout the first episode, we are also given disturbing glances into life among the soccer team after a presumably long period of time after the plane crash – where they appear to have formed some sort of brutal society that involves a hierarchy and a penchant for cannibalism. The pilot opens with a dark-haired girl running through the snow in a panic before she falls into a trapping pit; later we see that same girl strung up and slaughtered like a deer before being cooked and consumed. At one point, we see her wearing a gold heart necklace, which we later see on team captain Jackie (who has blonde hair), but she gives the necklace to Shauna on the plane as “good luck” (so much for that!). We know Shauna survives, though, so it’s still a mystery at this point who the slain girl was and how she got the necklace.

Intrigued yet?? I for one am dying to know how this group of girls went from average, suburban teens to flesh-eating savages in the space of a little over a year (including who from the team becomes the "tribe leader" with the elaborate deer antler headdress). We can already see grudges and malicious intentions forming in Episode 2, so perhaps it won’t take as long as we think for these girls to go wild. 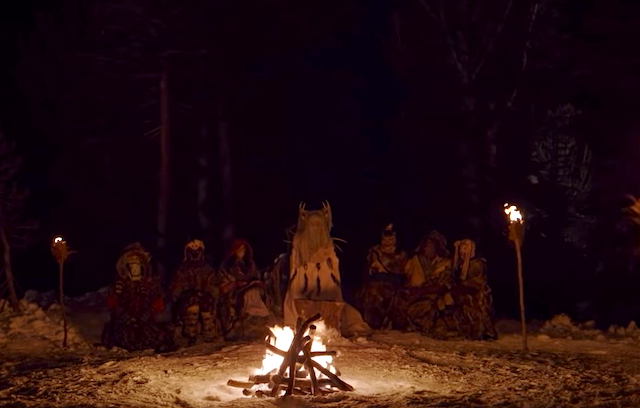 You can catch new episodes every Sunday night on Showtime and on Showtime streaming services – if you have Paramount+ or Amazon Prime, you can add Showtime to your account for just a few dollars more a month. So far, it seems totally worth it just for “Yellowjackets” alone!