'Everybody’s Talking About Jamie' Will Be Your Next Movie Musical Obsession! 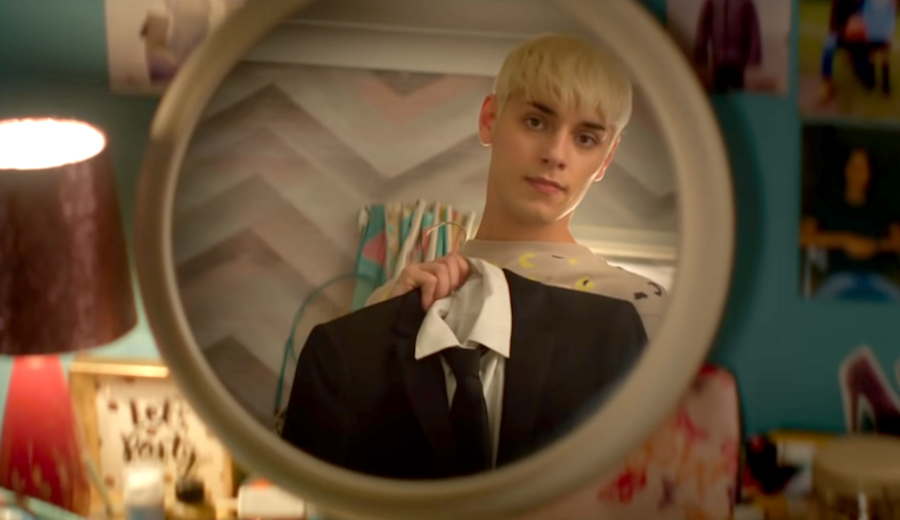 With theaters and live event venues shut down because of the pandemic, movie musicals like In The Heights and The Prom are a warm welcome to an otherwise bleak outlook on the theater scene. Soon you’ll be able to add another movie musical to your to-watch list: Everybody’s Talking About Jamie.

Everybody’s Talking About Jamie tells the story of 16-year-old Jamie New, whose dream is to be a drag queen. But Jamie soon finds out that achieving his goal won’t be that easy. While his mom fully supports him, Jamie faces constant prejudice at school from his classmates and teachers for being gay and wanting to be a performer.

Everybody’s Talking About Jamie is a movie about celebrating who you are, despite what the world says you should be. Even while being afraid of the future, Jamie refuses to be anything but himself and chooses to step out of the darkness to be the drag queen he was meant to be.

The movie is an adaptation of the West End production that premiered in 2017 and was nominated for 5 Laurence Olivier Awards (the UK's equivalent to Broadway's Tony Awards), including Best New Musical and Outstanding Achievement in Music.

The movie was initially set to be released on February 26, 2021, but the release date has been pushed back again for unknown reasons. It’s unclear if the movie will be released in theaters or on Disney+. Either way, Everybody’s Talking About Jamie is poised to be a hit when it comes out.

While you wait for its new release date, get hype by checking out the original West End cast recording on Spotify and Apple Music!