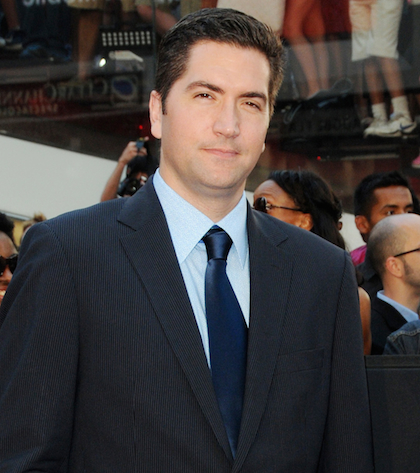 Oh Spider-Man, you’ve been through a lot in these last few years. You went from a perfectly serviceable franchise helmed by Sam Raimi to a rebooted franchise who’s foundation solely consisted of sarcasm and snark. And now, as we found out a month or so ago, the Marc Webb Spider-Man world is being largely abandoned in order to bring the web-head back to life in the Marvel Cinematic Universe. This will be the 3rd time that Spiderman has been rebooted, and while that is not breaking news, or even unexpected, this week's announcement does constitute as such, as it was announced who would be directing the first solo Spider-Man movie to take place in the MCU.

Drew Goddard is the man that has been tapped to reintroduce Spider-Man to audiences all around the world, and quite frankly it’s about time that they brought everyone’s favorite web-slinging hero back after being gone from the spotlight for so long. Mr. Goddard was originally supposed to direct the Sinister Six movie, which was a spin-off film that would’ve entirely focused on Spider-Man’s villains, but the powers-that-be have decided to put his talents to better use.

So, just who is this Drew Goddard? Well, I have just five worlds for you: The Cabin in the Woods. And now I have two more words for you: drink Ovaltine. Yes, Mr. Goddard is the man who directed everyone’s favorite horror comedy (not my favorite but I liked it well enough) that looked at the stereotypes and clichés found in most horror flicks and turned them on their heads. Goddard, who co-wrote TCITW with Joss Whedon, obviously has talent and a warped sense of humor, and it’s those two things that have folks excited about bringing Spider-Man back to the silver screen after his noticeably long absence.

Not much else has been revealed in regards to what Marvel and Mr. Goddard have planned for Spider-Man, but we do know that he is slated to make his first appearance in Captain America: Civil War, where he plays an intricate part in the Superhero Registration Act that sparks the conflict between Tony Stark and Steve Rogers. After that, we’ll get a solo Spidey film, and thank all the Gods in Asgard that they are planning on skipping Spider-Man’s origin story this time around. The only question that remains (who am I kidding, there’s like a hundred more questions) is whether or not this latest version of Spider-Man will feature Peter Parker or Miles Morales as the kid behind the mask. Miles Morales is a young African-American kid who took over the mantle of Spider-Man after Peter Parker... died? Or maybe he was imprisoned somewhere? Hell, maybe he just got lost at the mall. The important thing to know is that Miles Morales could very well take over as Spider-Man in the cinematic universe, and there are plenty of folks suffering from Peter Parker fatigue that would not mind that one bit.

We’ve got a little while to wait while Marvel gets their ducks in a row, and speculation is the soul of the internet, so keep your eyes peeled for more Superhero-enriched news stories and articles as we are going to be seeing them for a long time to come.

What do you think about the latest Spider-Man reboot?