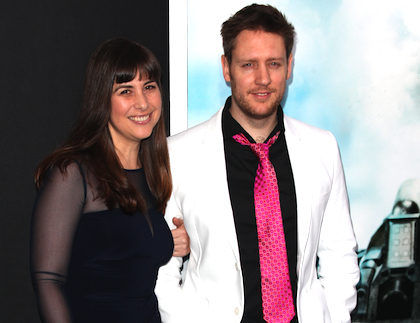 You may not know Terri Tatchell by her name alone, but you’ve definitely seen her work. Tatchell is the wife and frequent collaborator of District 9, Elysium, and Chappie writer/director Neill Blomkamp. Tatchell herself has writing credits on District 9 and Chappie, but while her husband goes off to work on a new Alien movie with Sigourney Weaver, Tatchell seems to be using this opportunity to work on her own and adapt the novel Apocalypse Now Now, well, now!

If you’ve never heard of Apocalypse Now Now by Charlie Human, it’s not terribly surprising. As it stands right now, it’s a cult hit and critically liked, which, of course, means it’s not too accessible in print. Before diving into what the novel is about, let me start by telling you that this is in no way a sequel to the classic '70s film Apocalypse Now. It most certainly has nothing to do with that. It doesn’t even take place in Vietnam or in the late-'60s/early-'70s. Instead, this book follows the supernatural adventure of a 16-year-old smut-peddler named Baxter Zevcenko running his business in his school yard.

Did you spot something odd there? I know… he’s got a whacky last name, right? Nothing odd about peddling smut at your schoolyard at age 16, that’s for sure. We’ve all been there, right? Baxter gains notoriety in the gang community for becoming quite the entrepreneur, and he dates the girl of dreams named Esme. Things go awry when Esme is kidnapped, and it starts Baxter on an adventure leading him through the supernatural landscape of Cape Town, South Africa. He is helped by the only person willing to lend a hand -- a washed up and drunken supernatural bounty hunter named Jackson “Jackie” Ronin.

Pretty cool-sounding stuff to me. It’s got a lot of things I like in movies -- dark fantasy elements and hardcore gangster stuff; who doesn’t like that? I honestly have not seen Chappie yet, so I can’t speak on behalf of that, but District 9 is a very fish-out-of-water story that has an Everyman thrust into the heart of a science-fiction world. Given Tatchell’s work on that, I’m eager to see how Apocalypse Now Now will turn out. On second thought, I may not even want to wait. I might hunt down the book to tide me over!